This is our chance to rebuild the Gardiner Expressway 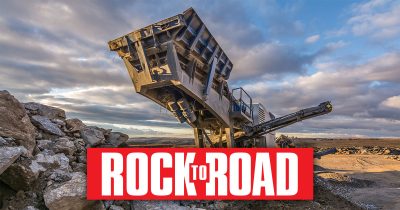 Commuting in the Greater Toronto Area is down. Way down.

As a resident of the Big Smoke, I can confidently say that traffic isn’t what it used to be. In the past six months, I haven’t been subjected to a single full-scale traffic jam, which is crazy since that used to be a daily occurrence (at the minimum).

With the pandemic keeping a significant number of people working remotely for the past half-year, and that trend likely to continue into 2022, it’s safe to say that traffic going in and out of downtown Toronto will be lighter over the next couple of years than it has been in a very long time.

So, with that in mind, I smell a great opportunity for all Torontonians that have eaten multiple lifetimes worth of exhaust while turtling their way in and out of downtown Toronto on the aged Gardiner Expressway. I think there’s no time like the present to say goodbye to our old, crumbling companion. It has served the city well for more than 60 years, and I think it’s time to throw it a well-earned retirement party, in the form of a full-scale demolition and rebuild.

One of the biggest arguments against tearing down the Gardiner Expressway has always been that it will create an unsurmountable bottleneck in traffic for people going in and out of the city, forcing commuters to rely on Lakeshore Boulevard or the city’s already overburdened public transit system. But with so many people now working from home, and many companies allowing their employees to continue to work from home for the forceable future, does this argument still hold true?

I’m not saying it would be easy on those still forced to commute into the downtown for the duration of the construction, but for the first time in a long time, the Gardiner Expressway’s replacement actually looks plausible.

If the City of Toronto was ever serious about replacing the Gardiner Expressway before a horrific accident takes place, this is the time for action. The city obviously does not have the funding to make something like this happen on its own – it’s a project that would require funding assistance from the province and the federal government. But what an opportunity to replace an obvious accident waiting to happen (would it even still be considered an accident at this point?), while creating a substantial number of good paying jobs during a time of record unemployment.

With the economic stimulus created by this type of infrastructure investment, this kind of model could be applied for other aging infrastructure across the country, helping Canadians get back to work while rebuilding roads and bridges that are in desperate need of replacement.

The potential appeal for people to be a part of the teams constructing these types of massive infrastructure landmarks might also help the industry with another vital part of the sector that is struggling with aging: its labour force.

According to the 2020 BuildForce Canada labour market forecast, the Canadian construction industry will need to recruit more than 307,000 workers over the next 10 years just to keep up with labour demand, largely fuelled by mass retirement within the industry.

Good paying jobs during a time of high unemployment for an industry desperate for new blood; and a badly needed new expressway for Toronto’s commuters. Sounds like a solid plan to me.