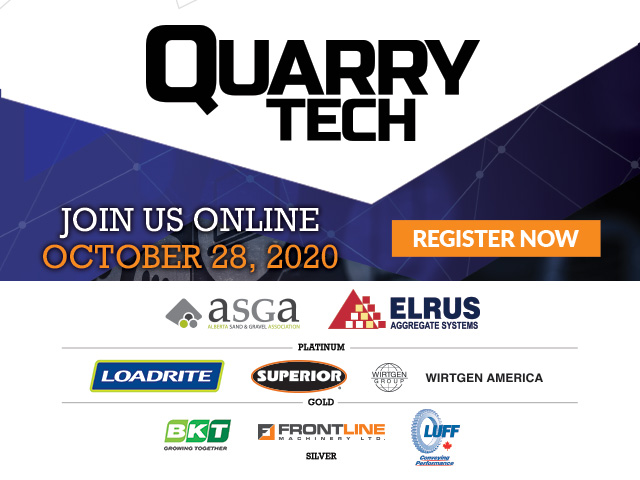 Join Lafarge Canada’s Bill Gowdy and STRIX Ecological Consulting’s Chuck Priestley as they discuss a successful bio-diversity program that has been rolled out over several years in northern Alberta at Lafarge’s Berrymoor Pit.

Registration is free for the first-ever Quarry Tech Virtual Event!

The event will feature a combination of live presentations and roundtables, along with a collection of On-Demand Sessions.

To learn more about the sessions and speakers at Quarry Tech Virtual, visit: www.rocktoroad.com/virtual-events/quarry-tech-virtual.

Bill Gowdy (P.Geo) is currently the environmental and public affairs manager based in Edmonton for Lafarge Canada Inc. A graduate of Queens University and Sir Sandford Fleming College in geology, he has worked for 30 years in the geology and environmental fields in Canada and internationally.

Bill currently manages environmental compliance, biodiversity and community engagement programs for Lafarge Canada Inc. in northern Alberta and northern Saskatchewan. He currently chairs the advisory committee for the Geology and Geo-Environmental programs for the Northern Alberta Institute of Technology (NAIT), and is a member of a number of community and provincial sand and gravel committees.

Chuck is a biologist with 20 years of academic and professional work experience for a variety of industry clients, government agencies, non-government organizations and environmental consulting companies.

Chuck studied bird movements using radio telemetry, stable isotopes and DNA analyses for his M.Sc., Wildlife Ecology and Management, degree which he attained at the University of Alberta. His B.Sc. was obtained from the same institution in Environmental and Conservation Sciences.

Chuck currently serves as a director on the boards of Alberta Conservation Association, Alberta Chapter of the Wildlife Society and the Alberta Society of Professional Biologists. For the past 14 years Chuck and his wife Lisa have co-owned STRIX Ecological Consulting a small firm which specializes in terrestrial wildlife inventory, monitoring, research and management projects and community engagement initiatives.