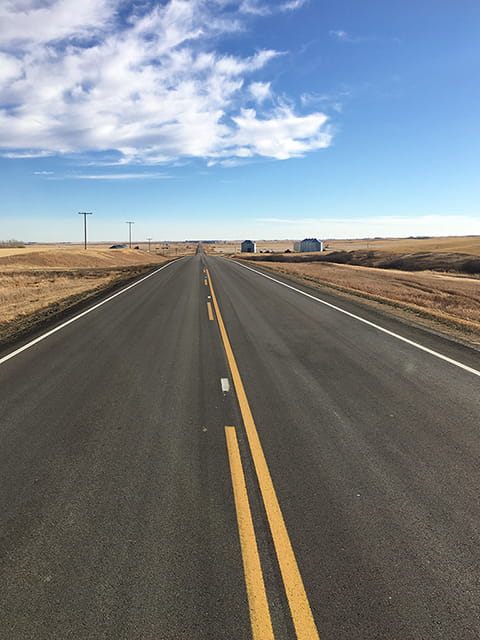 Two Saskatchewan highways are getting $37 million in upgrades thanks to a partnership between the province and some rural municipalities.

Highway 18 and Highway 28 are getting a makeover — being upgraded from thin membrane surface to granular-strengthened asphalt concrete. That will make the roads “safer, smoother and last longer before repaving is needed,” according to a press release from the Government of Saskatchewan.

“This $37 million investment is a great step in growing our rural infrastructure and partnerships with rural municipalities,” Highways Minister Fred Bradshaw said.

“I would like to thank the partnership committee for the work they have done with the ministry on this project as this will increase safety for motorists, create jobs and contribute to our province’s economic recovery.”

In 2020-21, the Ministry of Highways entered into six other partnerships with rural municipalities. Partnership investments support local economies by building transportation assets that last, setting the stage for continued growth once the pandemic is over.

The work is being done in three phases:

These phases will see more than 95 kilometres of highway improved by the end of 2022.

The four RMs are all making significant financial contributions to the project and working with the ministry through the planning cycle. The RM partners are expected to contribute $7.4 million and include in-kind contributions such as providing aggregate material and waiving haul road costs.

“Our RMs have worked very hard to plan for this project, bring it to the ministry’s attention and make it a reality,” RM of Souris Valley Reeve and the partnership committee chairman Glen Walkeden said. “This upgrade is a big expenditure for our municipalities and we appreciate the ministry’s willingness to work with us to improve these highways that are so important to our region.”

He also pointed out that emergency vehicles travelling on these highways will have better response times, “which is very important to rural communities such as ours.”

This project is part of the Government of Saskatchewan’s goal to build and upgrade 10,000 km of provincial highways. At the end of 2021, it is expected Saskatchewan will be ahead of schedule with more than 1,350 km of improvements this year, totaling 2,350 km improved by the end of December.