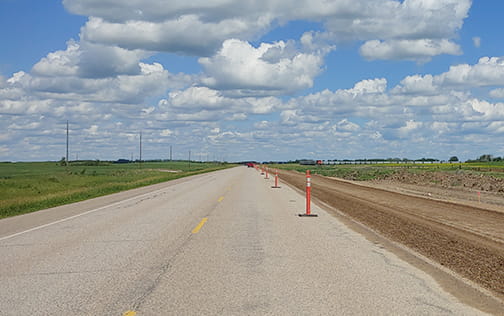 Saskatchewan has released is 2021 spring tender for highway construction and safety improvement projects. The estimated value of this year’s projects is $84.5 million, the province said.

“As our recent budget shows, investing in projects that ensure the safety and integrity of our transportation network remains a top priority for this government,” Highways Minister Fred Bradshaw said.  “Through stimulus spending and early tendering of capital projects like these, we are wisely investing as part of our pandemic recovery while also ensuring good jobs in the construction industry that help grow our economy.”

The Ministry of Highways publishes tender plans in the spring and fall so industry may prepare to bid on upcoming projects.

“The continuation of spending is something that is going to keep our economy growing,” Saskatchewan Heavy Construction Association President Shantel Lipp said.

“We’re thankful to this government for the continued investment and for recognizing that our industry is essential to keeping our economy strong.”

Projects in this tender release include:

Tender advertisements are underway.   Start dates for construction will depend on contractor availability and weather.  All tenders are available at www.sasktenders.ca.

The Government of Saskatchewan is improving more than 1,350 km of provincial highways this year, the second of its 10-year Growth Plan goal to build and upgrade 10,000 km of highways.  With this year’s projects, the province is ahead of the pace needed to meet this target at 2,350 km improved.

There is $300 million in highways stimulus funds being invested over several years in thin-membrane surface upgrades, passing lanes and improvements to municipal roads and airports.