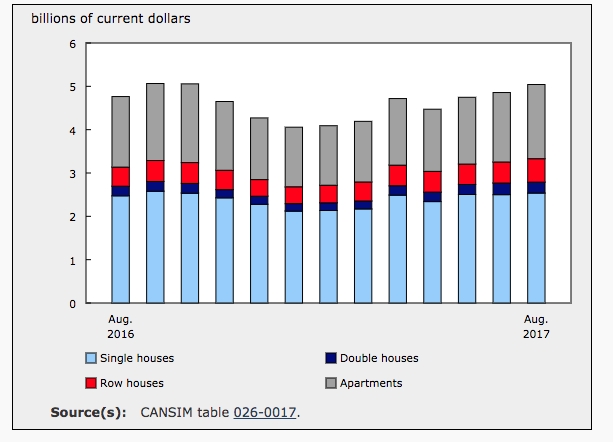 Investment in row homes posted the largest year-over-year increase (+$99.9 million) among all building types, bringing total spending for this building type to its highest value ($541.1 million) since January 1992, the year Statistics Canada started to produce data on investment in new housing construction.