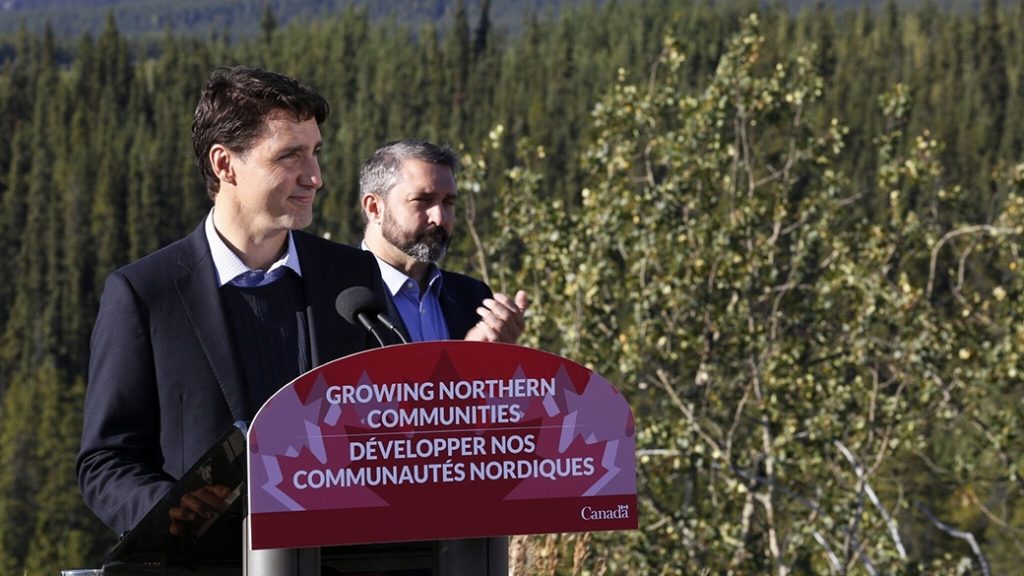 Photo: Office of the Prime Minister of Canada.

Prime Minister Justin Trudeau was in Whitehorse on September 2 to announce more than $360 million in combined federal and territorial funding to improve road access to the Dawson Range in central Yukon and the Nahanni Range Road in southeastern Yukon, two known mineral-rich areas.

According to recent press release from the Prime Minister of Canada’s office, the Yukon Resource Gateway Project will help upgrade over 650 kilometres of road and build or replace numerous bridges, culverts, and stream crossings.

“The Resource Gateway is one of the most significant projects ever undertaken in this territory and will have an incredibly positive impact on the Yukon economy,” said Premier of Yukon Sandy Silver. “I’m pleased to see the Government of Canada’s commitment to the Resource Gateway project. With this commitment, we will continue working with First Nations to complete the project agreements. First Nation agreement is essential to the continuation of the project and we look forward to working in partnership with them on this milestone development.”

In the Dawson Range, four separate public road systems will be upgraded. According to the release, improvements to the Nahanni Range Road will include upgrades from its junction with the Campbell Highway to the border between Yukon and the Northwest Territories.

The Government of Canada has committed upwards of $247,381,000 to the Yukon Resource Gateway project through the New Building Canada Fund – National Infrastructure Component. The Government of Yukon will contribute upwards of $112,802,000 following the development of project agreements with affected First Nations and environmental and socio-economic reviews.

Source: Office of the Prime Minister of Canada.