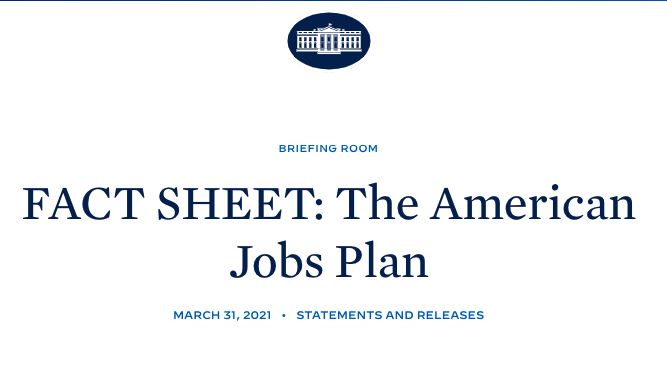 Specialized Carriers & Rigging Association (SC&RA), along with the Highway Users Alliance, is studying President Biden’s infrastructure proposal. The package includes $2.3 trillion in spending over eight years with a $621 billion investment in transportation and infrastructure resiliency.

Specifically, the proposal provides $115 billion for bridge, highway, and road investments. This is intended to be in addition to a surface transportation bill. Currently, there have been no details provided on the federal share of project costs.

The Administration is also releasing a “Made in America Tax Plan” to ensure corporations are paying their fair share in taxes and to encourage job creation at home. The proposal includes an increase in the corporate tax rate to 28 per cent and measures designed to prevent offshoring of profits to fund the infrastructure spending, according to the White House. Republicans reduced the corporate tax rate to 21 per cent from 35 per cent as part of their 2017 tax law.

Biden’s “Build Back Better” proposal is expected to be broken out into two parts. The first package focuses on traditional infrastructure projects. The second part will address domestic issues such as universal pre-k, national childcare and free college tuition and is expected to be released in a few weeks.

SC&RA is watching closely as the Senate Committee on Environment and Public Works and the House Committee on Transportation and Infrastructure continue to move forward with their transportation reauthorization efforts. Despite tax hike opposition from the Republicans and some Democrats, the Administration reports intent to pass this legislation by Memorial Day.

Click here to view a fact sheet from the White House on the “American Jobs Plan”.