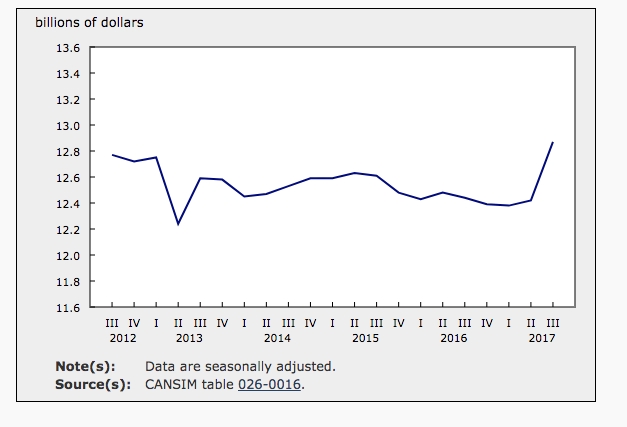 October 16, 2017 – Investment in non-residential building construction totalled $12.9 billion in the third quarter, up 3.6% from the previous quarter, and up from $12.44 billion in Q3 2016. At the national level, spending increased in all three components (institutional, industrial, and commercial), led by commercial (+$186.5 million) and institutional buildings (+$158.2 million).

The Post-secondary Institutions Strategic Investment Fund, a measure announced in the 2016 Federal Budget, which tabled plans to invest up to $2 billion in post-secondary institution infrastructure by April 30, 2018, may have contributed to the increase.

Office building leads the commercial component
Spending on commercial buildings rose 2.6% to $7.4 billion in the third quarter, with Ontario (+$127.8 million) posting the largest gain, followed by Quebec (+$112.1 million). The increase in both provinces was mainly attributable to higher investment in office building construction.