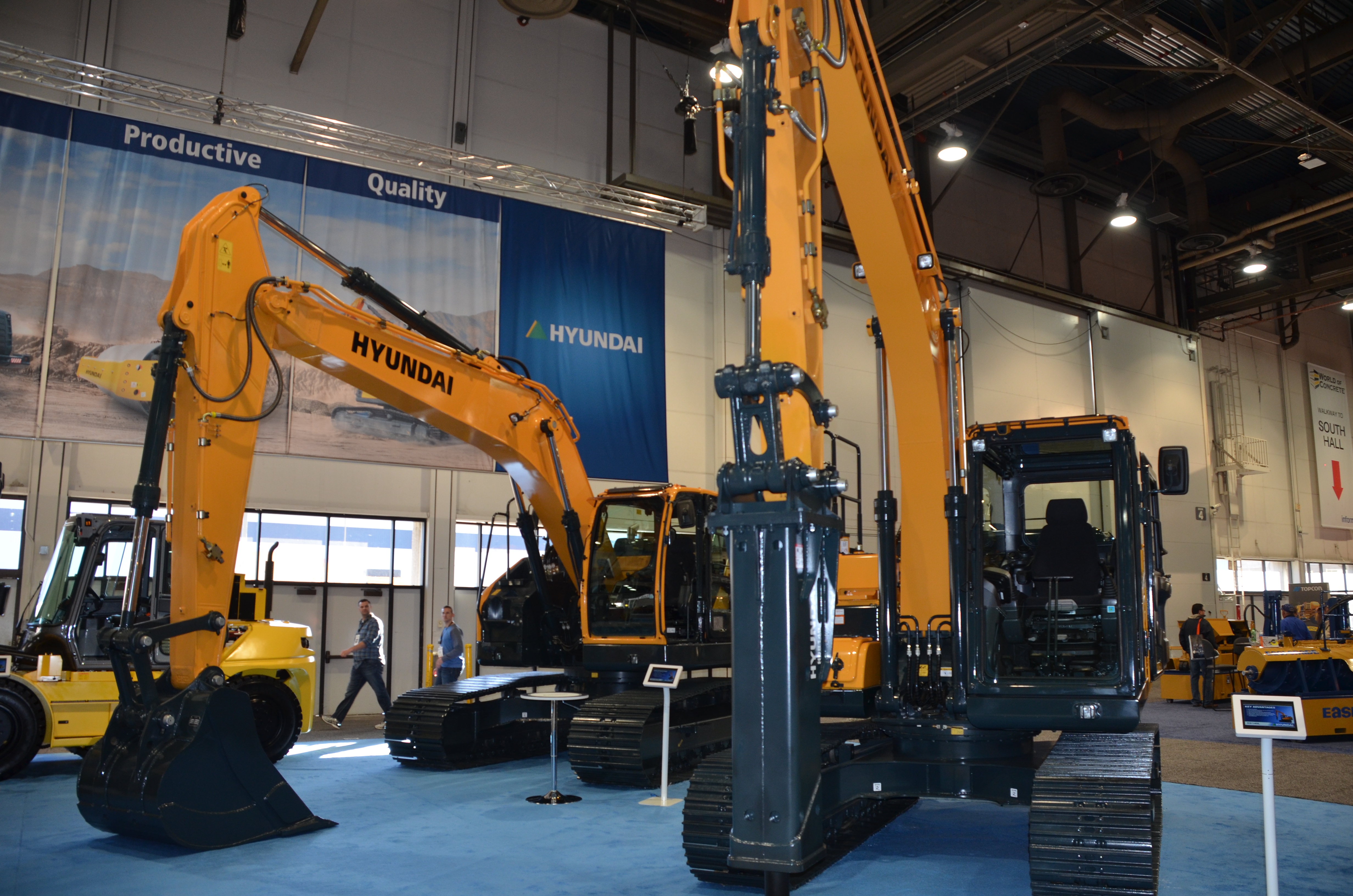 February 2, 2016 – Hyundai Construction Equipment Americas today introduced two new models in its HX Series of Tier 4 Final-compliant hydraulic excavators – the HX140L and HX235LCR. These two machines provide up to 10 per cent better fuel economy and five per cent increased productivity versus previous models. They join a family of seven other Hyundai HX excavator models the company introduced in 2015 to U.S. and Canadian markets.

Viewable on the monitor, which is standard equipment on both the HX140L and the HX235LCR, is the Hyundai-exclusive AAVM – or All-Around View Monitoring – an optional system that provides a 360⁰-surround virtual operating view. Included in AAVM is the IMOD (Intelligent Moving Object Detection) system that senses and warns the operator when objects come within 16.5 feet (5 m) of the machine.

An improved hydraulic system includes an innovative Boom Float mode for better grading control, Fine Swing mode for improved load control when swinging, and up to 13-percent faster cycle speeds than previous models. The HX140L and HX235L also feature IPC (Intelligent Power Control) computer-aided power optimization based on load demand, and Eco Breaker mode for selectable pump flow and improved fuel consumption when working with Hyundai hydraulic breakers and many other attachments. The combination of faster cycle times and more power result in productivity increases of up to 5 per cent.