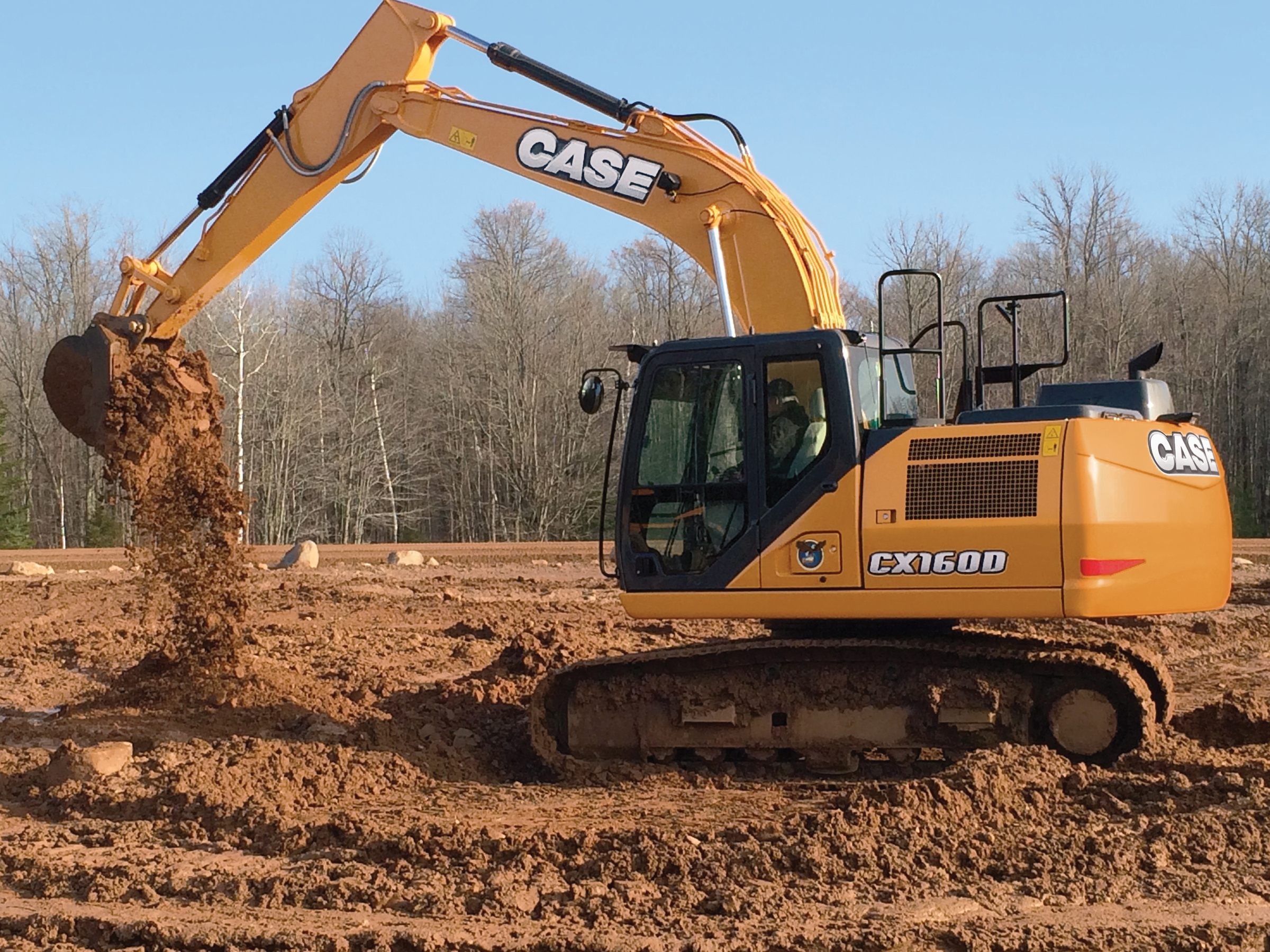 The CX130D and CX160D employ an SCR Tier 4 Final solution that provides up to eight per cent greater fuel efficiency without sacrificing power. SCR lets the engine run at peak performance throughout the work cycle and, because it works without a diesel particulate filter (DPF), there’s no DPF regeneration or associated lifetime service costs. This helps maximize uptime and performance – all with minimal maintenance.

Intelligent Speed, Power and Efficiency
Faster cycle times are achieved through a new electronically controlled pump, a larger control valve and multiple sensors. These features combine with the CASE Intelligent Hydraulic System and its four integrated control systems to make the best use of the machine’s hydraulic power and momentum, resulting in added strength and fuel efficiency.

Using improvements to the Spool Stroke Control system, the CX130D and CX160D excavators re-use hydraulic fluid whenever possible to automatically increase cycle times and efficiency. The operator experiences a more productive machine without losing the precision of the machine’s controls.

The CX130D and CX160D excavators also provide the operator with three working modes – Speed Priority, Heavy and Automatic – that help the machine conserve energy and exert only as much power as needed to complete the job at hand.

More Robust Design
The arm and boom of each new excavator have been built stronger for greater durability and to support the added power of the machine. The undercarriage is built with thicker steel and a new single-slope design that reduces dirt accumulation and eases cleaning. The CX130D is also available with an optional front dozer blade that provides added stability, as well as grading and backfilling capabilities.

Light it Up
Each machine is available with a new (optional) LED working light package that provides illumination similar to sunlight – and more than three-times brighter than halogen – allowing contractors to work around the clock. The LED package includes six LED lights (two front, two rear and one on each side) and a side-view camera.