Adjusting to a world where sustainable practices are no longer optional 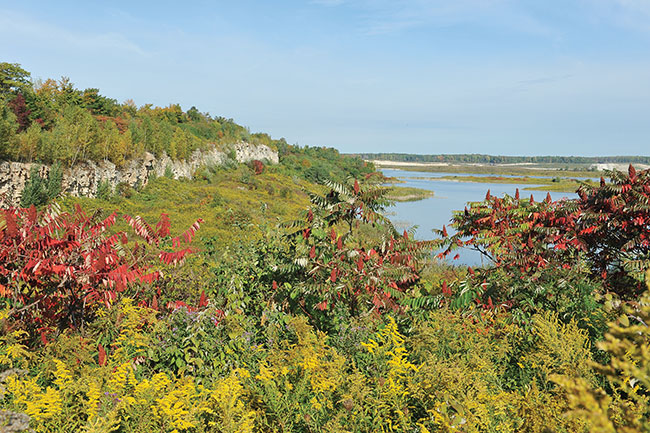 One of the most telling signs of human activity disrupting natural ecosystems is the extinction of plant and animal species that thrived until very recently. A case in point has been the Jefferson salamander, whose population has decreased by 90 per cent in Ontario over the past 30 years.

That species is making a comeback in a place many wouldn’t expect. As shown in the documentary Striking Balance, aired last October on TV Ontario, the Jefferson Salamander is thriving in the reclaimed Acton Quarry site on the Niagara Escarpment near Toronto.

“We wanted to build manmade wetlands that would create habitat for amphibians, and specifically for Jefferson salamanders,” says Kevin Mitchell, director of property, planning, and approvals, CRH Canada – Dufferin Aggregates, the owner and operator of the site, “and that was to demonstrate to the approval agencies, to the public, and to ourselves that manmade wetlands can be as functional as natural wetlands.”

Dufferin combined its expertise with that of biologists to identify a suitable method of ensuring access to water that the species needs to survive.

“With careful planning, we can create these vernal pools that allow amphibians to go and do the breeding and lay their eggs, and for the juveniles to reach the adult stage where they can leave the pond,” says Mitchell.

Reclamation work has literally become part of the landscape at Dufferin.

“We’ve got lots of different initiatives, and we’re quite proud of the rehabilitation practices that we’ve implemented at all of our aggregate operations, whether they’re limestone quarries or sand and gravel pits,” says Mitchell.

Activities vary according to the site, and could include creating wetlands, constructing habitats for snakes, providing shelters for birds or bats, or restoring native plants.

“My staff and also a third-party ecologist collect seeds, take them to a grower, and then we plant back exactly the same plants that we’re getting from our properties,” says Mitchell, adding that in 2020, the company planted more than 5,000 trees, shrubs, and wetland plants.

A holistic approach to sustainability

Sustainability, however, isn’t about isolated stop-gap measures, but adopting a multifaceted, holistic approach to site management.

This holistic approach also ensures that restoration of natural habitats is economically sustainable. Progressive rehabilitation, for example, where restoration proceeds sequentially shortly after aggregates are removed, reduces erosion and the necessary movement of soil materials, and also limits tax liability by reducing the exposed areas.

“If it’s well planned, there’s not a lot of cost to do things a different way,” says Mitchell.

The approach provide an opportunity for employees to work together towards a common purpose.

“When you’re in the environmental area, it is a very powerful tool, once people start to see what we do, to keep people engaged,” says Mitchell. “It’s always interesting to get feedback from employees when different kinds of species show up after we’ve done the reclamation work. So everybody in our company seems very very interested in how and what we’re doing.”

Dufferin’s work has also been recognized in several categories by the Wildlife Habitat Council, proving that the company can compete on the environmental playing field with multinationals like Toyota and General Motors. 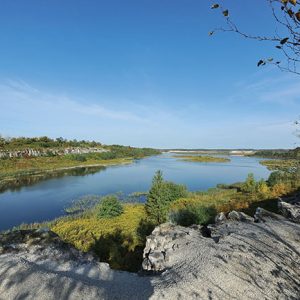 Dufferin combined its expertise with that of biologists to identify a suitable method of ensuring access to water that the Jefferson Salamander species in the reclaimed Acton Quarry site needs to survive. Photos: Dufferin Aggregates. 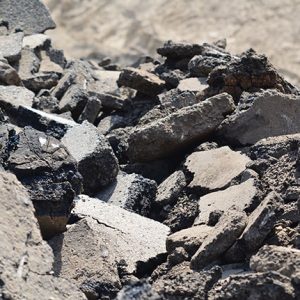 A greater reliance on recycled asphalt and concrete is needed to reduce emissions and control project costs as virgin materials continue to be trucked in from farther away. File photo.


Site reclamation, while significant, is only one aspect of the trend to create sustainable materials.

Lafarge, along with its Switzerland-based parent company LafargeHolcim, has made the environment a high priority, with plans to bring CO2 intensity 20 per cent below 2018 levels by 2030.

One of the key initiatives is the use of recycled concrete.

According to an infographic published by the Ontario Stone, Sand and Gravel Association (OSSGA), long-haul trucking of aggregates to the Greater Toronto Area market alone involves as many as 5,000 trucks per day in each direction, emitting the equivalent of 10 million cars and putting enormous stress on the road systems.

“I think one of the biggest challenges in our industry when it comes to sustainability is that pits are quarries are essential for the infrastructure demands of a growing population, but there’s a lot of ‘not in my backyard,'” says Ashlee Zelek, OSSGA’s director of environment and education. “When it comes to the aggregate industry, the most sustainable thing is for quarries to be located close to market.”

The association is working to change attitudes, and one of their outreach documents is a brochure showing the results of a Dufferin reclamation project.


Concrete production is another sustainability frontier for the industry.

LafargeHolcim initiatives include replacing fossil fuel use in cement plants, eliminating the use of non-recyclable materials in its buildings, and transitioning to GUL cement, a CSA certified type that produces 10 per cent lower CO2 emissions.

Even more dramatic improvements are expected in a few years.

Sustainability has clearly advanced from being a series of measures to an overall strategy.

This article appeared in a previous edition of Rock to Road. Read the digital issue.