September 13, 2022  By the Association of Equipment Manufacturers (AEM) 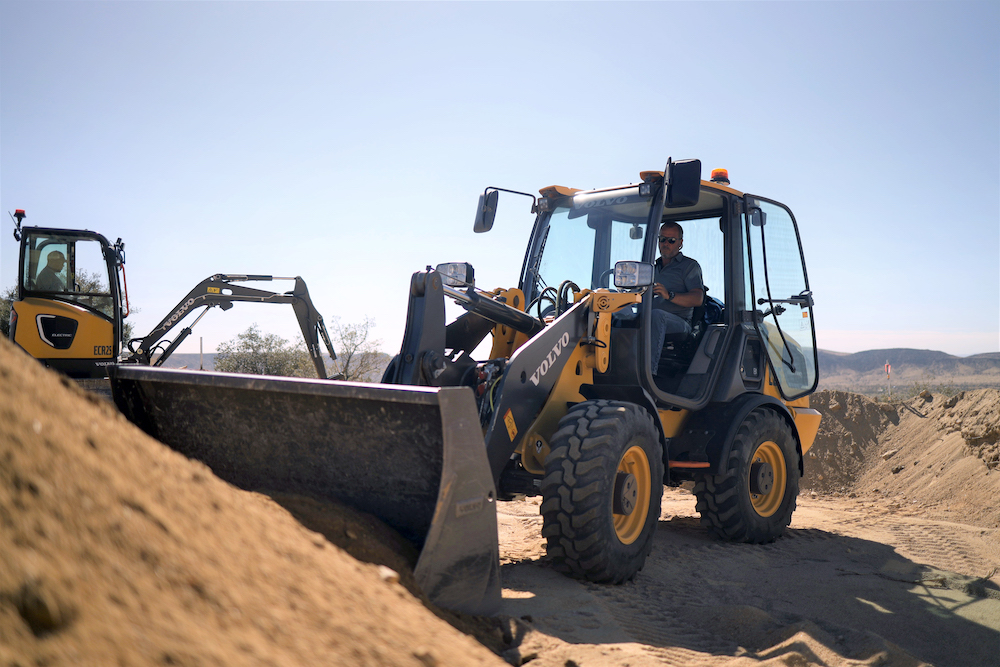 At the centre of any construction alternative power discussion is diesel.

Diesel remains the go-to power on job sites – according to the Diesel Technology Forum, 98 per cent of construction’s energy use comes from diesel.

But with global initiatives underway to reduce carbon emissions to net zero by 2050, it’s up to construction industry manufacturers to find ways to lessen diesel’s carbon impact. A range of solutions is being considered:

All will be necessary.

The challenges numerous. Unlike some sectors, construction doesn’t rely on a core piece of equipment, but rather on a vast fleet that ranges from mini excavators to massive off-highway trucks. And a job site can be anywhere from downtown Vancouver to rural Labrador. Which is why so many diesel alternatives are being offered, including electric, hydrogen, biodiesel and other biofuels. And, over the next decade or so, one (or more) of these alternatives will establish themselves as having the greatest long-term potential.

“What’s coming? The answer is probably all of them,” said Jeremy Harsin, construction market director at AEM member company Cummins. “The combination of duty cycle and available infrastructure is going to decide what wins out, but they’re probably all going to have their place in the world.”

Zero emissions, low noise, instant response, fewer components to break down, all on a platform that delivers the same breakout force of a diesel-powered unit – electric power sounds like a major win. That’s why much of the alternative power activity in construction has centred on electric, particularly in the compact equipment segment.

“Battery power density is increasing all the time and we’re seeing a number of different technologies that make better use of battery energy,” said Ray Gallant, vice president of product management and productivity at AEM member company Volvo Construction Equipment.

“Electric is happening now as machines are starting to be commercially available,” says Chris Sleight, managing director at AEM member Off-Highway Research. Although now quite expensive compared to their diesel counterparts, “at some point the economic argument will be there,” Sleight added.

Electric options are certainly growing. Volvo, for example, started selling its electric compact excavators and wheel loaders into North America this year and recently expanded its offering to five machines.

Electric has also made its way to mid-size and larger construction equipment. Electric machines, however, have some significant downsides. The ones most critical to contractors are limited run-time-per-charge and recharging time.

Although the electric charging infrastructure is the most developed of all alternative powers in the United States, today’s electric car owners still have range anxiety when they get into rural areas. Since many job sites aren’t even on the grid, many OEMs are selling chargers with their electric machines. Solar charging is also being examined.

And electric’s strong sustainability argument can break down when one gets to the batteries themselves. First, several minerals are extracted to create the batteries, including copper, lithium and nickel.

Second, proper end-of-life battery disposal is still in question, not to mention that battery materials have residual value. Cat, for one, said it is looking at repurposing batteries from high-power applications for a lower-power second life.

Electric machines will also require a reworking of the dealer parts and service offering and technician training. In addition, residual value is central to any equipment cost equation; the verdict is still uncertain whether the value of electric – or indeed any alternative-powered machine – will hold up in the resale market.

THE IMPENDING RISE OF HYDROGEN

Current construction equipment prototypes use hydrogen in two ways: either as a fuel cell that charges a battery-electric machine or to fuel an internal combustion engine. In a hydrogen fuel cell, hydrogen and oxygen react to produce electricity, with water as its only by-product. In the second way, hydrogen is used as a direct engine fuel, much like diesel.

While hydrogen must be compressed and transported at low temperatures, “it’s a portable fuel so you can get it to where it’s needed,” Sleight said.

But infrastructure challenges are also part of the hydrogen story. The number of hydrogen fueling stations is a hard-to-see sliver looking at this chart from the U.S. Department of Energy. Almost all of them – approximately 70 – are in California.

Construction equipment powered by hydrogen fuel cells and hydrogen-fuelled engines are – at least at this point – in the prototype stage.

LOW-CARBON FUELS CAN BE USED IN THE SAME BASIC ENGINE

This approach offers scale, since the many of the components are similar. And it holds promise for off-highway engines since Cummins commonly adopts cross platform technologies, Harsin said.

Despite its “dirty diesel” perception, Cummins says it’s worth a reminder that compared with Tier 1 engines, today’s Tier 4 Final engines offer a 96 per cent reduction of oxides of nitrogen and a 97 per cent reduction in particulate matter.

The U.S. is also likely to see Tier 5 emissions regulations by the end of the decade, Harsin said. California has already discussed enacting a Tier 5 regulation in 2024 with implementation to start in 2028. Another consideration is the gradual retirement of construction’s aging fleet. Construction machines have a relatively long life; there are plenty of Tier 3 engine-powered machines still plugging away on job sites. Cat, for example, estimated the average age of its field population to be 11.3 years.

“There’s a lot of good work being done in the diesel space. It’s about lowering our emissions overall. Everything doesn’t have to be zero emission,” said Gallant.

AEM is the North America-based international trade group representing off-road equipment manufacturers and suppliers with more than 1,000 companies and more than 200 product lines in the agriculture and construction-related industry sectors worldwide.