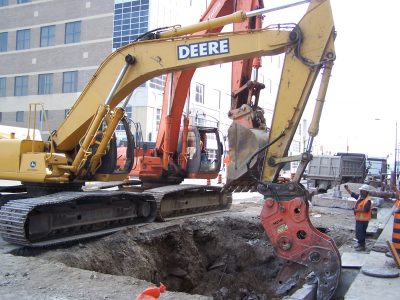 Contractors in Ontario are seeing wait times of sometimes more than 30 days for utility locates to be completed. The Residential and Civil Construction Alliance of Ontario (RCCAO) and its stakeholders are asking the province to speed-up response times.

“This is a really important issue for our members in the residential and civil sectors,” said Andy Manahan, executive director at the RCCAO. “These contractors work on road systems, water sewer systems, and other similar sectors. Work cannot begin on a project until utility locates have been completed and, according to Ontario legislation, a utility locate should be completed within five days. We’re waiting weeks or even months for those markings.” 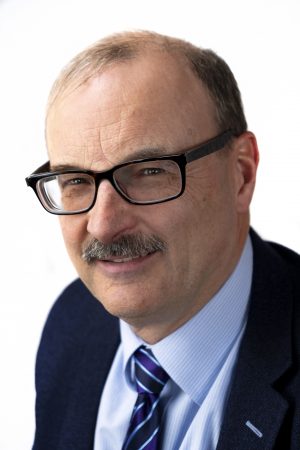 “You’ve probably seen utility markings in your own neighbourhood—Enbridge, Bell, and Rogers, are all companies in Ontario that use them—and they would likely subcontract those requests out to a company. Utility locates are required for contractors and homeowners. For example, if someone wants to do digging in their garden around their house and is going to dig a couple feet deep, they need to get the necessary markings done, which is typically paint on a lawn telling a contractor or homeowner where the utility is and at what depth,” said Manahan.

The RCCAO recently sent a proposal to the offices of Premier Doug Ford and to the Minister of Government and Consumer Services, as well as 19 MPPs who are on the Standing Committee on Finance and Economic Affairs, outlining six measures it says will improve the Ontario One Call system.

“Late locates really impact road crews. If you have municipalities that want to co-ordinate effectively, sometimes road and sewer work are done at the same time. Not only for municipal roads, but private sectors too, it’s across the board,” Manahan.

Patrick McManus, executive director of the Ontario Sewer and Watermain Construction Association (OSWCA), said the association has roughly 800 contractors and supplier members who build, service, design, manufacture and supply the municipal; infrastructure sector that deals with sewer, water main, and storm water infrastructure. And the biggest problem with late locate deliveries is contractors not able to start digging.

“Contractors can’t start digging until we have locates on the ground,” he said. “The five-day limit has not been respected. Over time the delivery of locates has become worse, seeing them delivered later and later every year. The reason it is such a problem is, in our business, we don’t work 12 months of the year. As soon as the ground freezes, we stop working. We’re limited to an eight- or nine-month long construction season. If contractors have a project start date of July 1, with an expected close date of November 15, three weeks matters a lot. If a project is getting pushed back that much, we’re running into the ground freezing which impacts our ability to close our projects.”

The brief, called Late Utility Locates: Ontario Construction Industry’s Priority Solutions, states that governments recognize that delivering infrastructure projects is important to an economic recovery, but contractors are still facing long delays waiting for utilities to provide locates. For larger projects where there are up to 10 different companies responding to a request, some of the locates expire by the time all the locates are received.

Manahan said he wants to see the board of directors of Ontario One Call restructured as soon as possible.

“Start out by restructuring One Call’s board of directors,” said Manahan. “The majority represents utilities like gas and cable companies so there is no built-in incentive for them to enforce penalties on themselves for not meeting the five-day period. That’s a problem. Our suggestion is for 50 per cent of the board to be comprised of non-utility representatives.”

McManus said he and the OSWCA members understand how important the locates are from a health and safety perspective, but would still like to see the wait times decreased and become faster and more predictable. 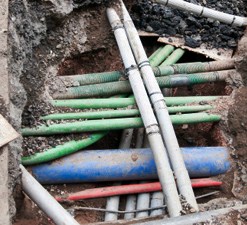 An example of the infrastructure system beneath roads. Photo: OSWCA

“From a health and safety perspective, we dig in the middle of the road and there’s all kinds of buried infrastructure there—gas lines, water, sewer, fibre optic cables, phone lines—we need to know where we’re digging before you take an excavator with a heavy shovel on the front and start digging into the road. You need to know where the lines are to protect ourselves and the precious infrastructure underneath,” he said. “If you dig without those locates and you don’t know where that infrastructure is buried you can strike a line. There’s been incidents before where people have been injured from striking lines.

“It’s absolutely imperative to have these markings on the ground so we know what is underneath our digging area,” McManus.

“The predictability of all this is probably the most important. If we could count on locates happening when they’re designed to, it would at least give us an idea of how to plan and workaround projects. I hope the government is beginning to grasp how important the impact of the slow downs and delays are, especially since they are investing in the infrastructure.”