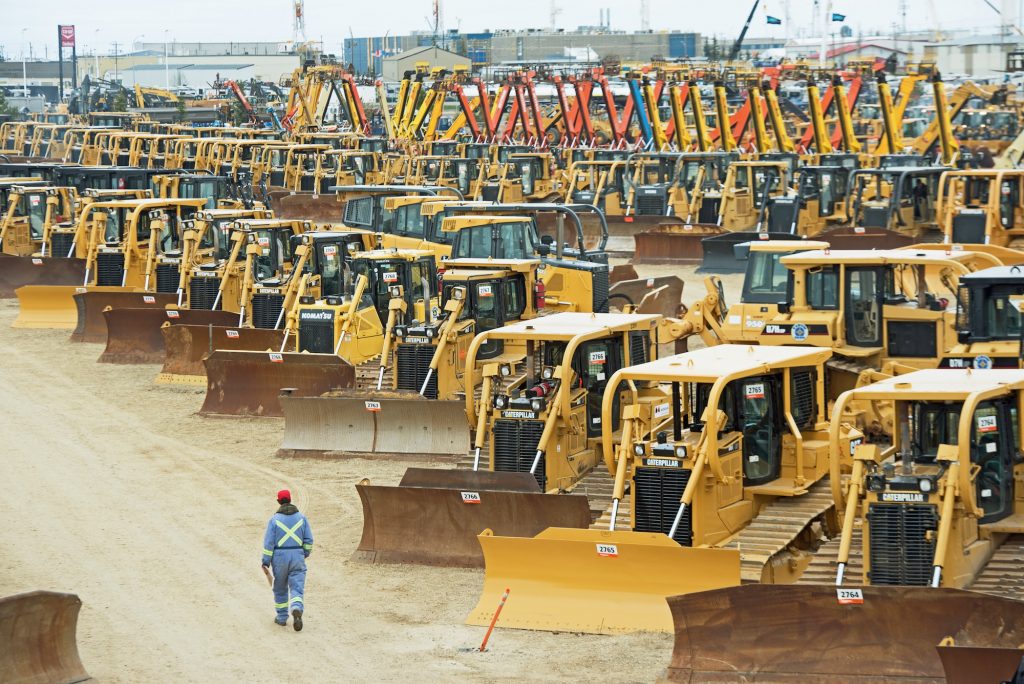 More than 5,100 equipment items are already listed to be sold in the September auction, with more to be added before auction day.

Equipment highlights in the Edmonton auction already include 70+ excavators, 50+ dozers, 40+ loaders, 120+ truck tractors, a large selection of oil and gas equipment and more.

The three-day auction also features a charity auction portion, with all proceeds being donated to Fort McMurray fire relief—charity items include a luxury fishing trip for six to Stuart Island, B.C.; trip for four to the Las Vegas Barrett-Jackson auction in October; and a skybox for an upcoming Edmonton Oilers game.

“Whether you’re looking for one item or an entire fleet, we will have everything you need,” said Brian Glenn, senior vice-president of Ritchie Bros. “We are also excited to be selling several items for charity in this auction. We held a successful charity golf tournament in August to raise funds for Fort McMurray, and this is a great extension to that event.”

More than 600 owners will be selling equipment in the Edmonton September auction.

Unique charity auction—all proceeds to Fort McMurray fire relief
In an effort to give back to the community that has given them so much, Dave Ritchie, Thompson Construction Group and Sureway Construction Group Ltd. have donated three items to be auctioned off in support of Fort McMurray fire relief. All three items will be sold unreserved—going to the highest bidders, regardless of price:

•Thompson Construction has donated a trip for four to Las Vegas to attend the Barrett-Jackson auction this October. The travel package includes round-trip airfare from Edmonton, two king suites at Vdara Hotel & Spa and passes to the Barrett-Jackson collector car auction.

•Sureway Construction has donated skybox tickets for 10 to an upcoming Edmonton Oilers game at the new Rogers Place arena.

To learn more about the Edmonton auction, visit rbauction.com/Edmonton.