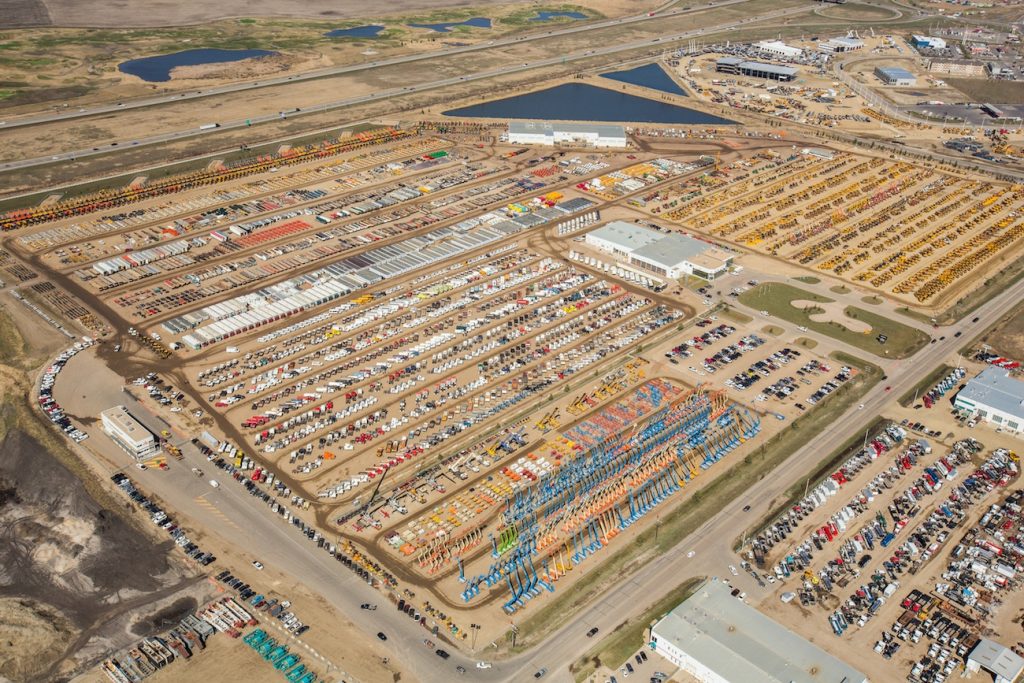 March 22, 2017 – When you’re looking to sell, you want as many people as possible competing for your assets, which is why Ritchie Bros.’ Edmonton auction in April is such a popular event. Perfectly timed with seasonal work flows, the April auction traditionally draws the largest crowds of the year for Ritchie Bros. — in April 2016, the event attracted more than 16,700 bidders from 55 countries. This year’s big event will be held over four days from April 25 to 28.

“Our April auction is an important event for many Alberta contractors; they rely on us year after year as a global market for selling surplus gear or purchasing equipment for spring and summer work,” said Brian Glenn, senior vice-president of Ritchie Bros. “Five weeks out from the auction and we already have consignments from more than 200 companies, but there’s still lots of time for sellers to jump on board and take advantage of this big event. Individuals and companies looking to sell gear should contact us today so we have as much time as possible to advertise their equipment and/or trucks to buyers around the world.”

What sellers are saying:

•”I regularly sell in Ritchie Bros.’ April auction as it’s perfectly timed with construction season,” said Mike Vail of Mike Vail Trucking Ltd., a Calgary-based trucking company in operation since 1978. “The auction has great momentum, attracts record crowds and gets me excellent results. Ritchie Bros. does a great job of presenting our iron and the service they provide is excellent.”

•”I’ve been selling with Ritchie Bros. for nine years,” said Dan Schultz, President of 3 Star Trucking Ltd., a Lloydminster-based hauler of gravel, grain and fertilizer. “The exposure they get for my equipment, combined with the sheer number of people that attend their auctions on site and online is what impresses me and keeps me coming back.”

People interested in selling their equipment and trucks in the Edmonton April auction should contact the site directly at +1.780.955.2486. To find out more about the auction, visit rbauction.com/Edmonton.