Recommendations related to delays and inconsistencies on environmental permitting 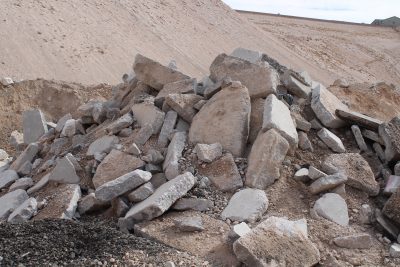 On January 8, the Alberta Sand & Gravel Association had a historic achievement. The association released our first research publication in it’s 44-year history.

The report is titled, “Recommendations Related to Delays and Inconsistencies on Environmental Permitting,” but it’s more often referred to as the “Permitting Delay Report”.

In 70-plus pages, it breaks down the systemic issues that have caused years-long delays in applications for permits to the Government of Alberta’s Environment and Park Ministry.

“This report is a product of that review and concludes with recommendations to remedy the permitting delays,” according to the report’s executive summary. “This report demonstrates that these delays are not inevitable or unavoidable. There is an attainable, efficient system that preserves Alberta’s ecology and ensures a sustainable aggregate supply.”

Applications for permits to open aggregate pits in Alberta have been known to take up to several years. This places an enormous financial strain on producers and potentially endangers supply for projects.

The report was authored by the Alberta Sand & Gravel Association’s Land & Environment Committee, with input from the association’s board of directors.

Experts, including producers and consultants, spent several months researching and writing this report.

Through careful study, the report mapped out the application process.

The first was a lack of staff available to process the applications.

The second was the lack of inconsistent application of AEP’s rules. A lack of codified criteria for applications left staff without a rulebook to determine if they were environmentally safe.

On January 8, the Alberta Sand & Gravel Association released the report during the association’s 2020 convention. Delegates received the report on the floor. Dozens of elected officials and AEP staff received it. The report made a stir immediately at the convention

“I assume they would be happy that it was all finally written down,” ASGA Land & Environment Committee Chair Lesley Foy recalls. “Overall, it was very positive. It was a lot of support and gratitude from industry folks.”

Responses came from MLA’s from both parties. They included promises to read the report to meetings and request for briefings.

“I’m not sure I fully anticipated what their response would be,” Foy says. “I was quite impressed that elected officials wanted to tackle these issues. Changing things through the Legislature can be very difficult. But if elected officials feel the political pressure, they’re more likely to change things.”

Since the report’s release, ASGA staff and board members have been briefing MLA’s, association members, and other non-governmental organizations. Using the report, the association has been demonstrating the impacts of permitting delays and the path forward to fixing the process.

Of all the positive feedback Foy has received, she is especially buoyed by the responses she’s received from Alberta Environment and Parks staff. As part of her work with Aspen Land Group, she interacts with them almost daily.

“Most of the people I deal with have read the report,” Foy says. “They appreciate the constraints and would like to see changes and help them do their job. But they’re not the decision makers.”

The formal dialogue and response from Alberta Environment and Parks will continue in the spring. The ministry has promised that measures in response to the report will be reviewed by the report’s authors in the Alberta Sand & Gravel Association’s Land & Environment Committee.

John Ashton is the executive director of the Alberta Sand & Gravel Association.