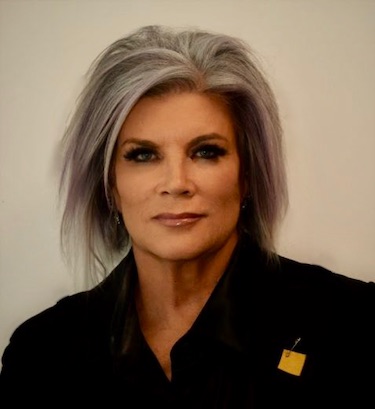 Colleen is one of the few female executives in the industry and was the first female president of the Manitoba Heavy Construction Association and the Western Canada Road Builders Association. She is a member of the Minister’s Advisory Council on Workforce Development and a board member of Apprenticeship Manitoba. 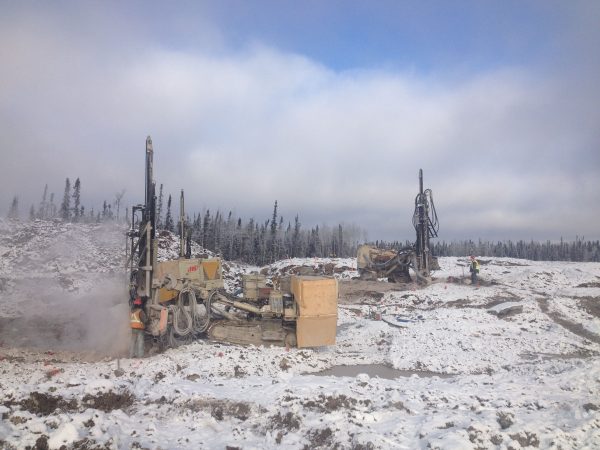 “Every day is different at work,” she says. “That’s what I love about my job, it’s always different depending on what needs to get done. If there’s work to be tendered, I’ll have a meeting with my bid department and see where we can make money on a project. I’ll look at costing, previous jobs that we’ve bid on or jobs, and jobs that we’re working on. And that’s just the office work.”

Colleen’s father Hugh started the business in 1959 as a one-man, one-machine operation.

“He started out in the excavation business; heavy civil, crushers, drill and blasting, paving for a short time in the ‘90s. That’s how it all began. I was an only child. Poor father didn’t have any sons, only me,” she says.

Colleen said her dad will have passed away 13 years ago this summer and she stayed to run the business because of her loyalty to him, the business, and the people that helped shape Hugh Munro Construction into what it is today.

“A lesson he taught me, and I hope I practise it every day, is knowing the strength of this company is the people.

“It’s always been the people and will always be the people. Machines, they’re easy; purchasing and operating machinery. But it’s the knowledge of the people and those that run those machines that make a company strong.

Colleen said she stayed because she has a lot of loyalty to the people that built this company. That was a decision she had to make when her dad passed away.

“I felt I had a duty, or felt responsible to continue what so many people helped make creating a living with this company possible,” she says.

Colleen couldn’t tell you exactly what her job title was when she first started at Hugh Munro, but she did almost everything.

“Dad was sort of the poster for an old boys’ club in the business. So, I got to do everything and there wasn’t much favouritism early on,” she says. “I was picking up parts, riding the packer in-between summers of school, I think I was 12 when I started that. Machines weren’t as nice as they are today — having cabs with air conditioning and comfortable seats and everything else. I pretty well did a bit of everything. Office work, running machines.”

Hugh taught Colleen that a title wasn’t that important compared to your work ethic. 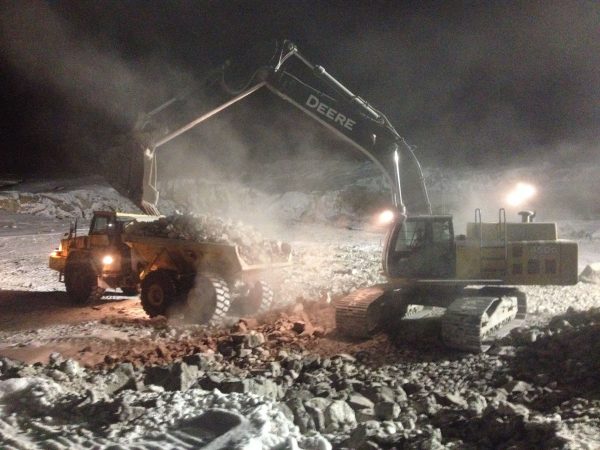 “I learned that lesson early on by asking my dad, ‘What’s my title?’ he’d say, ‘You can call yourself anything you’d like, but you’re going to work across the yard today.’ I find it interesting that people get caught up on a title and, you know what? This is your job. Some days you do a bit of everything whether you’re the owner, president, or something different.”

Colleen said the industry has changed a lot for families and women since she first started.

“When I was a kid, my dad was away for weeks, sometimes months at a time, and women were at home raising kids,” she says. That doesn’t happen anymore and now you often have two working parents. Because our industry is still primarily men, people don’t want to go live in construction camps anymore for three weeks at a time. Partners want them home to go to after-school activities with their kids, and it’s a different partnership at home entirely.

“I think our industry is facing our biggest challenge yet, and that’s people and lifestyles. It’s a challenging lifestyle being on the road and a lot of times you’re living in a bush camp. People don’t want to do that anymore.

Eventually it came time for Hugh Munro Construction to re-evaluate its structure and rightsize the company. 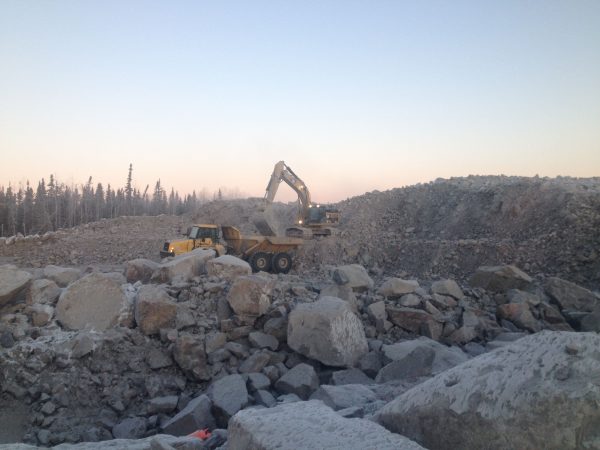 “We’ve turned ourselves into a specialty company,” says Colleen. “We looked at the big picture of the industry. It seems you either have to be very small, or very big, and the only space in the middle is for specialty companies. We were sort of in the middle for a long time. We weren’t the biggest player, we were a medium heavy-civil company. We realized there were some areas of our business that weren’t making any money so we optimized our structure.”

Colleen said for a company that’s been around for 60 years doing the same thing, there can be some resistance when it’s decided a team needs to pivot and head another direction. But Colleen and her team have adjusted well and are continuing to find new ways and products to embrace the updated operation.

Since rightsizing, Colleen assembled her Research and Development team and developed RockGlass, a glass solution that protects existing glass windows from breaking. She created the solution in response to reoccurring damage that came from rocks breaking windows on her equipment and buildings in construction camps and some break-ins. Having equipment downtime because of broken glass became an expensive safety issue.

“We are looking at sort of a retrofit for all the broken glass and break-ins that are happening. I got interested in this because I have a lot of heavy equipment and trailers to take care of — so we’ve also sort of branched off into this direction too.”

Colleen said she is also concentrating on a quarry opportunity that the team has been involved in for the last five years.

“I’m confident that it will be one of our next journeys into the material business,” she says. “We’ve had leases on quarries and have worked with quarries before but we now saw this opportunity and took it.”

Hugh Munro Construction employs between 80 and 200 people annually, covering all parts of the province and locations outside of Manitoba as well.

The next generation of female leaders and executives

Colleen’s key message is she would love to see more woman in construction and shared some of her knowledge and experiences from her time in the industry. 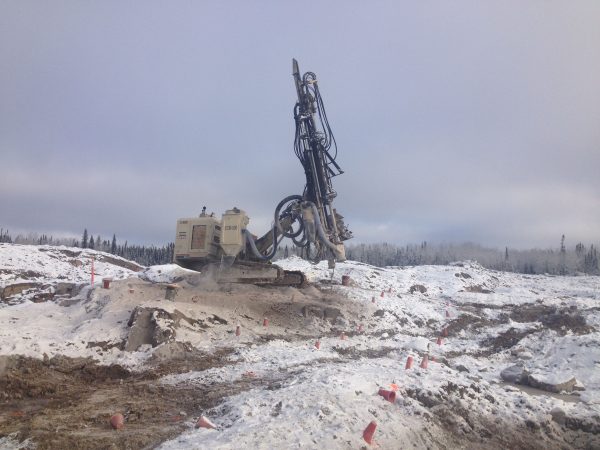 “First, know what you’re getting into.” She says. “Know what the lifestyle could be, know what the sacrifices could be. I think women can bring a lot of different skills to a job site. Woman may not be so power driven by ego. I think a lot of people would agree woman are easier on equipment, cleaner on their equipment. I say just know what you’re getting into. If you’re going to be upset by somebody swearing, not the industry for you.

“You have to have a little bit tougher skin to work in this industry and that’s both for the guys and girls. In my day growing up there was a lot of yelling from foremen at guys that worked for them — well today you don’t do that. I’ve heard it said back then that it made you a man, and yet today it’s considered abuse.

“You have all these guys that grew up in the industry that were used to being yelled at, and that was what gave you power. Now they think they can do the same. They can’t. So how do you take that group that had that schooling for all those years and then suddenly say ‘no you can’t do that’? They’re surprised that someone may be upset over what and how they said it but yeah, it’s a different generation today.”

Colleen said to be confident in yourself and the decisions you make in your career.

“I know that’s likely hard when you’re young and just learning, but listen and pick up the behaviour you want to portray, whether it’s from a project manager or a foreman you respect — but also realize they are human and are not  perfect. Also use other leaders as a mirror as something you don’t want to be when you’re in that position. I think that’s the strongest thing I can teach. Everybody’s got personalities. We can’t change anybody but ourselves. You can only change how you react to those people.”

During Colleen’s years in the industry she has learned a lot. She said one of the most important lessons she learned was to listen.

“Keep your mouth shut and listen sometimes. And don’t try to be the only talker in the room. Listen to what people are saying and know your audience, know your crowd, know what the issue is and what the challenges are,” Colleen says.

“Listen and learn. I think far too many people today might want to be the smartest person in the room and they really aren’t. So, I think listening is a very good lesson and a lot of people can’t seem to do it.

Colleen also said it’s important to trust and be transparent with your team.

“Not being open with your team is a big problem I’ve seen in some leaders. You can have a win on your own as a leader but if you have nobody to celebrate with, it’s not very fun. If you have everybody engaged and aware of where you’re going — to me that’s a much better celebration and accomplishment than doing something alone.”

Related
Ritchie Bros.’ largest-ever Manitoba auction set for August 15 in Winnipeg
Celebrating the next generation
All in the family
All in the Family
Tags