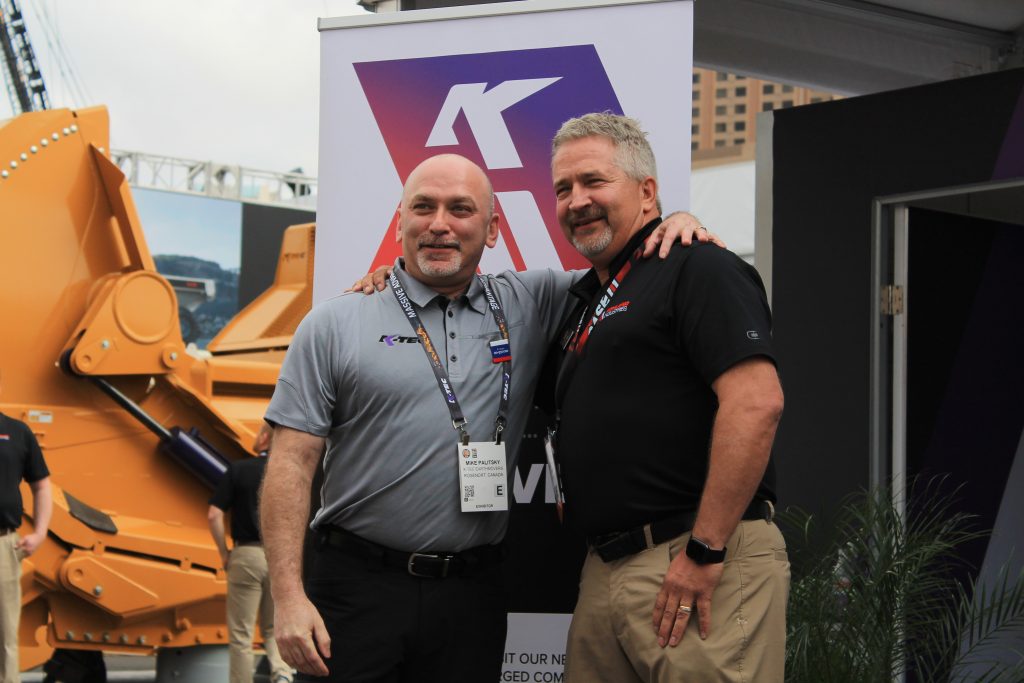 Las Vegas, Nev. – K-Tec Earthmovers announced at CONEXPO/CON-AGG it has merged with Ashland Industries and the two presidents are excited about the new partnership.

“Almost two years ago an investment firm in Austin, Tex., acquired the majority of K-Tec Earthmovers,” said K-Tec president Mike Palitsky. “At that time K-Tec and the ORG [Owner Resource Group] team met and decided that the goals for the next few years would be that of growth. Part of that strategy was mergers and acquisitions and we were asked to come up with a list of all of the potential targets that we wanted to have in the earth moving industry.

“This company was at the top of the list and today I’m proud and excited to announced that we have merged with Ashland industries.” 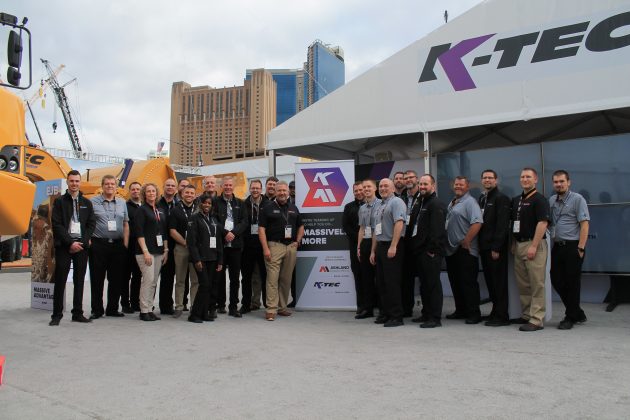 “In the weeks leading up the announcement, the Ashland team and K-Tec team met several times and it was readily apparent that the fit was really there and we couldn’t be happier with the fit of the two companies,” said Palitsky.

He added the merger will allow for numerous organizational synergies as production capabilities will be increased for shortening production lead times as well as multiple locations to better serve existing customers.

“We will continue to invest in both business locations and will place a renewed focus on product development and operational excellence across the organization,” he said. 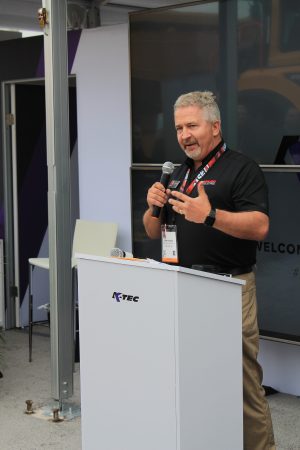 Palitsky said the point he wants to get across is to assure his dealers and customers that K-Tec will not be making any changes in the 2020 sales program and said K-Tec will be meeting with each dealer to gain their feedback on what their ideal business outcomes are and how it can help each succeed.

Ashland president Randy Rust said he is looking forward to the merger and thank his employees, dealers and customer for their dedication and hard work.

“I think we can see an exciting future for both of our companies coming together, he said.