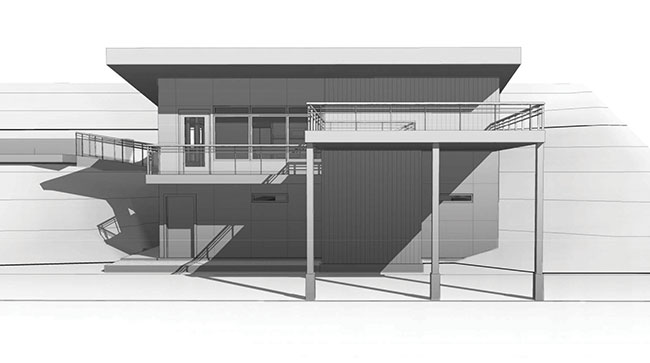 Giving back to the communities you operate within can be a rewarding experience, just ask Selkirk Paving. The company recently had the honour of being named the recipient of this year’s EMPR Deputy Minister’s Community Service Award, which is presented at the BC Stone, Sand & Gravel Association’s (BCSSGA) annual convention.

The BCSSGA collect all the nomination packages and submit them to the Ministry of Energy, Mines & Petroleum Resources.

“It’s designed to highlight the good things that aggregates producers are doing in the communities they operate,” explains Derek Holmes, executive director for the BCSSGA. “You get nominated by someone in the company, or another company [or organization], and then the committee looks through the selections to make sure they’re consistent with the awards criteria; then we send it over to the Ministry then they decided who wins, or if they want to award it.”

Due to the pandemic, this year’s award had to be presented digitally. That said, it does not take away from the vast effort that Selkirk Paving has put forward to help the communities it services.

The roadbuilding company operates out of the town of Crescent Valley in British Columbia’s Southern Interior, servicing the surrounding area. A short drive from the company’s head office is the city of Nelson, B.C., which has recently been the recipient of several initiatives supported by Selkirk Paving to improve the community of approximately 10,000 residents.

“We’re a company that believes in giving back,” says Tony Maida, area manager and 20-year employee at Selkirk Paving, a Terus Construction company. “A lot of our employees reside in the City of Nelson.”

The company employs upwards of 95 people during peak season, making it a significant employer in the region. But the company doesn’t stop at employment opportunities as a way to improve the communities it serves.

The LVR High School Multisport Project was a joint venture of the Nelson Tennis Club and School District 8 Kootenay Lake. 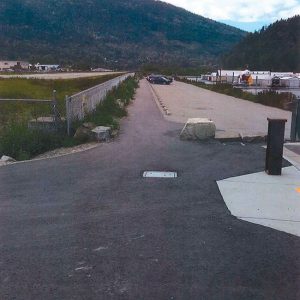 In the spring of 2019, Selkirk Paving donated a paved pathway to the City of Nelson. 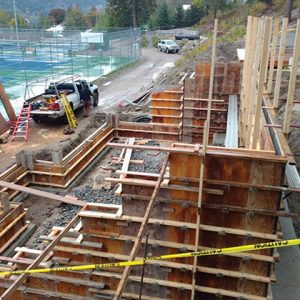 In 2018, Selkirk Paving was a leading community supporter of the LVR High School Multisport Project. Selkirk Paving donated $20,000 in materials to the project.

In 2018, Selkirk Paving was a leading community supporter of the LVR High School Multisport Project, a joint venture of the Nelson Tennis Club and School District 8 Kootenay Lake. The project involved transforming a derelict site next to the high school into a multi-sport facility with four tennis courts, three pickleball courts, two basketball courts, a skateboarding area and a ball hockey area. Selkirk Paving donated $20,000 in materials to the project.

In 2019 Selkirk Paving stepped up again for the facility, so it could expand and add courtside washrooms and change rooms, equipment space, an event room for tournaments and social gatherings, and a training room for youth skills development. This time the company provided 60 concrete blocks for hillside terracing, six truckloads of fill, and a concrete conveyor for three separate pours.

Thanks to the support of Selkirk Paving, both projects were completed on time and on budget. The grand opening of the multi-sport complex took place this past spring.

This wasn’t the only project that Selkirk supported in the community of Nelson in recent years. In the spring of 2019, Selkirk Paving donated a paved pathway to the City of Nelson, built while the Hall Street Corridor Project was nearing completion (a multi-year project designed to connect the city’s downtown core with the waterfront).

“Many of the finishing touches to the project were outside the scope of the general contractor and ineligible for grant reimbursement. Selkirk Paving stepped up, surfacing the area between the parking lots and the unimproved airport lands, creating useable pathway, transitioning and finishing off the project nicely,” stated Robin Nystrom, manager of capital projects for the City of Nelson, in the city’s nomination of Selkirk Paving for the award. “It has now been several months since the pathways completion and it’s a joy to see the pathway well used and appreciated by the public.”

Selkirk Paving also recently offered its support to the Nelson Nordic Ski Club, a non-profit serving nordic skiers in Nelson and the surrounding area since 1983.

The company supported the non-profit with trail and bridge maintenance work and materials donations to help ensure safe trails for skiers.

“The help provided by Selkirk Paving was extraordinary,” he says. “It literally helped pave the way for a multi-purpose sports complex that ensures that kids and adults alike have an opportunity to play and lead healthy lives.”

Maida, who was born and raised in Nelson, said being the recipient of the award has been an honour for everyone involved at Selkirk Paving.

“We are very honoured as a company and as employees to be recognized,” Maida says. “I know they are very proud of where they are working and the work they’re doing for the companies.”

For more information on the EMPR Deputy Minister’s Community Service Award, or to nominate a company for the coming year, visit the BC Stone Sand & Gravel Association’s website: www.gravelbc.ca.