Features Aggregates Technology
Cellulose nanocrystals could be the future of concrete 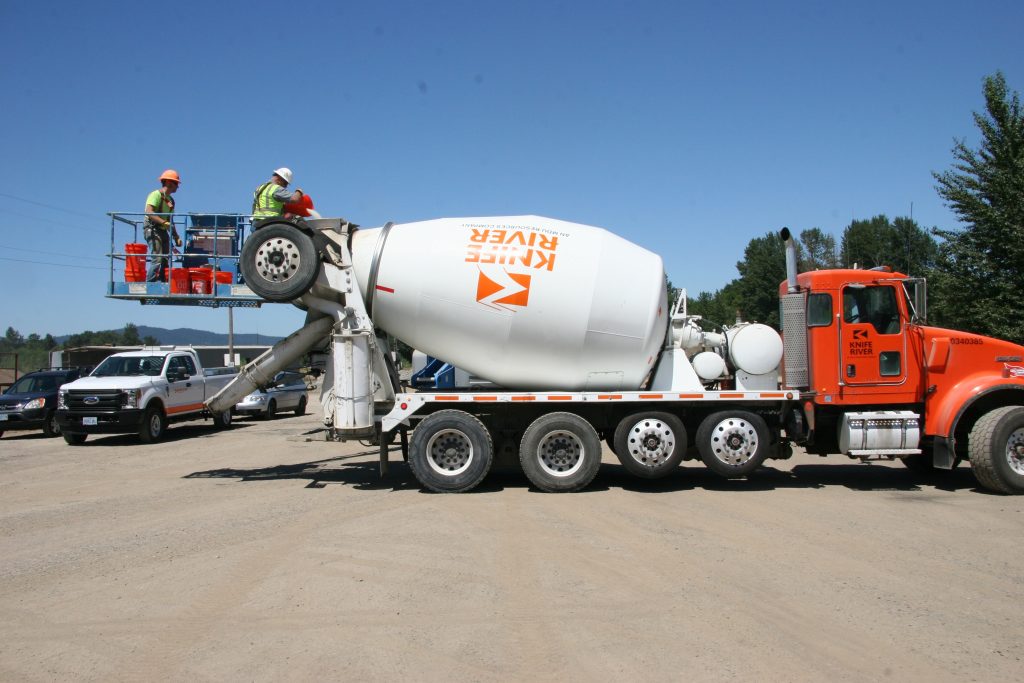 Photos courtesy of Michael Goergen, vice-president of innovation for the U.S. Endowment for Forestry and Communities Inc.

In labs across the world, cellulose nanocrystals are being tested as an additive to all types of things – inks, bioplastics and construction products, to name a few.

“There aren’t a lot of things you can say are low cost, sustainable, improve the properties of something, and work out of the box,” said Jeffrey Youngblood, a professor of materials engineering at Purdue University. “That’s the unique thing about this whole line of research.”

Cellulose nanocrystals (CNCs) are a nanomaterial extracted from wood fibre. Researchers have had their interests piqued by the small particles produced from trees that can drastically strengthen a product. According to Natural Resources Canada, a small amount of CNC added to a material can increases the resistance to stress threefold. So it makes sense that when mixed with cement, tests have shown a stronger concrete.

Youngblood first took an interest in CNC about a decade ago.

He was “trying to figure out what we could dump cellulose in” at school after a U.S. Forest Service researcher was preaching the benefits of CNCs when he had to mix up concrete to fix a fence post at home. When he was adding water to the sack of concrete he got at the local hardware store, a lightbulb went off. He came back to the lab, and got working on tests, adding CNCs to cement to see what would happen.

“We could double three-day strength,” Youngblood said. “That’s not anything to sneeze at.”

Cement is influenced by how well it cures, and cellulose nanocrystals and nano fibrillated cellulose (NFC) — a similar substance that has slightly longer particles – control the curing, preventing cracks and increasing the strength of concrete.

Huge market
“What I was really excited about was the market size of concrete,” said Michael Goergen, vice-president, innovation for the U.S. Endowment for Forestry and Communities Inc., who said 4.3 trillion tonnes of concrete are used worldwide each year. “If you’re going to displace something, it’s got to be inexpensive, perform better, or people are going to look at it and say, ‘Why am I going to change my processes?’”

Canada is one of the world leaders in manufacturing both cellulose nanocrystals and nano fibrillated cellulose, in part because of the availability of the raw materials: trees.

Because of the nature of the research being done, not much more could be said about what FPInnovations is doing with CelluForce, beyond confirming they are “interested in concrete” when it comes to working with CNC.

Gurminder Minhas, the Vancouver-based managing director of Performance BioFilaments Inc., said the Canadian company started their work into infusing concrete with nano fibrillated cellulose mid-2016, completed a second “much more extensive” study in November 2017, and are excited about the results.

The company uses the NFC instead of the CNC because the longer particles cost less.

“We don’t have as high of a surface area,” Minhas said. “But with that said, the ability for our material to hold water within the concrete is still quite high.”

At an estimated future cost of US$6 to US$8 per pound, it’s a cost effective way for the construction companies to improve their environmental footprint he said – and potentially save money at the same time.

The CNC can also replace some of the plasticizers that sometimes go into concrete mixtures, and can cost up to US$32 per pound, increasing the economical argument for it’s use.

“If you’re reducing the amount of cement, as long as the nanocellulose is going to be cheaper, you’re going to get a win,” he said. “That’s the way I pitch it to [people]. The environmental side of this, which is my personal passion, is a side benefit. I pitch it as ‘Look, this helps your material be positioned better, it’s more cost effective – you get all these additional wins.’”

Environmentally friendly
“There are certain jurisdictions that are saying you have to reduce your CO2 emissions,” Goegen said, such as state transportation department, which have a hard time finding ways to reduce what they’re producing. “You’ll see these demands on people, and (this is) a ready made solution that is really simple.”

He said four per cent of the world’s CO2 is from concrete production, so a reduction of 15 to 25 per cent in the volume of concrete needed, once mixed with CNC, could have a clear impact, even if it’s not used worldwide. And future use of the materials in precast products, that are often trucked distances, could result in more CO2 savings.

“In the precast market, where a lot of these pieces are built, if you can use less concrete there’s a secondary savings of the weight of these pieces in transporting them around, typically in diesel trucks,” Minhas said.

Looking ahead
There’s still work to be done in figuring out exactly what the right combination of additives for optimization is, Youngblood said. Researchers are still figuring out the intricacies of how CNCs work in concrete, and there are still unknowns, like how it’ll react with road salt or high sulphate ground water.

“Once we understand why, we can choose the nanocrystal and choose the right cement to optimize behaviour,” he said. Right now, there are an “infinite number” of combinations that could be tested.

Goergen estimates CNC infused concrete will be used in three years time in smaller projects by companies; he was involved in a July 2017 test pour that laid the foundation for a planned bridge this year in California.

County approval is the only thing left that has to happen for the precast bridge deck to be made and installed in northern California, planned for this summer.

“We’ll make it ahead of time at a precast concrete facility, which is great because we can really fine tune the mix, and watch performance,” Goergen said. “Then once it’s finished, we’ll actually truck it down there and install it.”

Minhas said there are plans to conduct field trials in Canada potentially as early as this summer, though they won’t be as large scale as the precast bridge deck. And they’ll be working with a concrete manufacturer to develop products that would meet various quality and strength needs.

“The cool thing about nanocellulose … is it’s unlike almost every other material known to man,” Youngblood said. “This stuff works out of the box. You pour it in, and it works. Everything else is really optimization.”