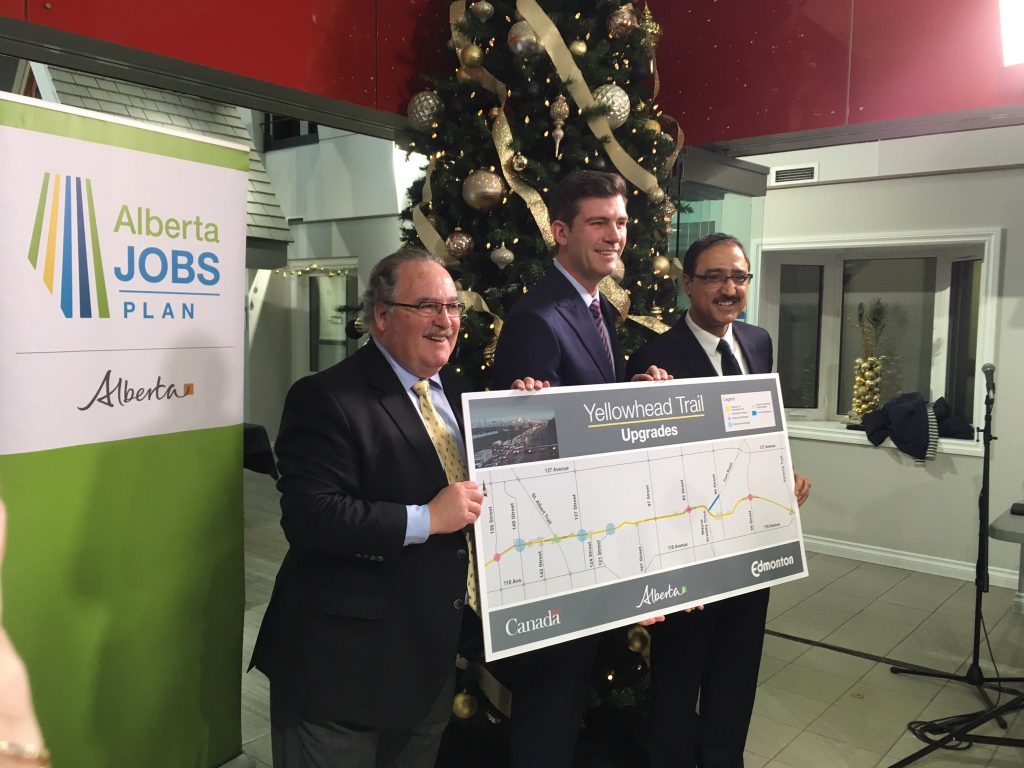 The funding for the project will come from the federal government and Province of Alberta each contributing $241.6 million with the City of Edmonton responsible for funding the remaining costs.

“I am thankful to the Government of Canada and Alberta for recognizing the need to make this important investment in infrastructure that will make this stretch of our inter-provincial highway network safer, help preserve employment and strengthen our economic competitiveness,” stated Mayor of Edmonton Don Iveson.

The Yellowhead Trail is a 25-kilometre corridor within the City of Edmonton that sees traffic volumes of up to 81,000 vehicles per day — almost 20 per cent of which are transport trucks. The Government of Alberta stated that the project will address bottlenecks on the Yellowhead Trail that presently slow both commercial and passenger vehicles by eliminating intersections, increasing capacity and facilitating a consistent traffic flow and speed.

“Upgrading the Yellowhead to a free-flow, freeway standard will help create good-paying design and construction jobs,” said Brian Mason, Alberta’s Minister of Infrastructure and Minister of Transportation. “When the work is done, it will increase efficiency and mobility. It will also reduce congestion, thereby cutting greenhouse gas emissions, and enhance trade and maximize the province’s export capacity to global markets. Yellowhead Trail is another critical route for commercial and private vehicles to travel into and through Alberta’s capital city, is part of the National Highway Network and is a major east-west truck route connecting Edmonton and markets across Canada, the United States and Asia.”

The funding announcement allows the City of Edmonton to begin more detailed planning design, including consultation. Construction is expected to start by 2021.