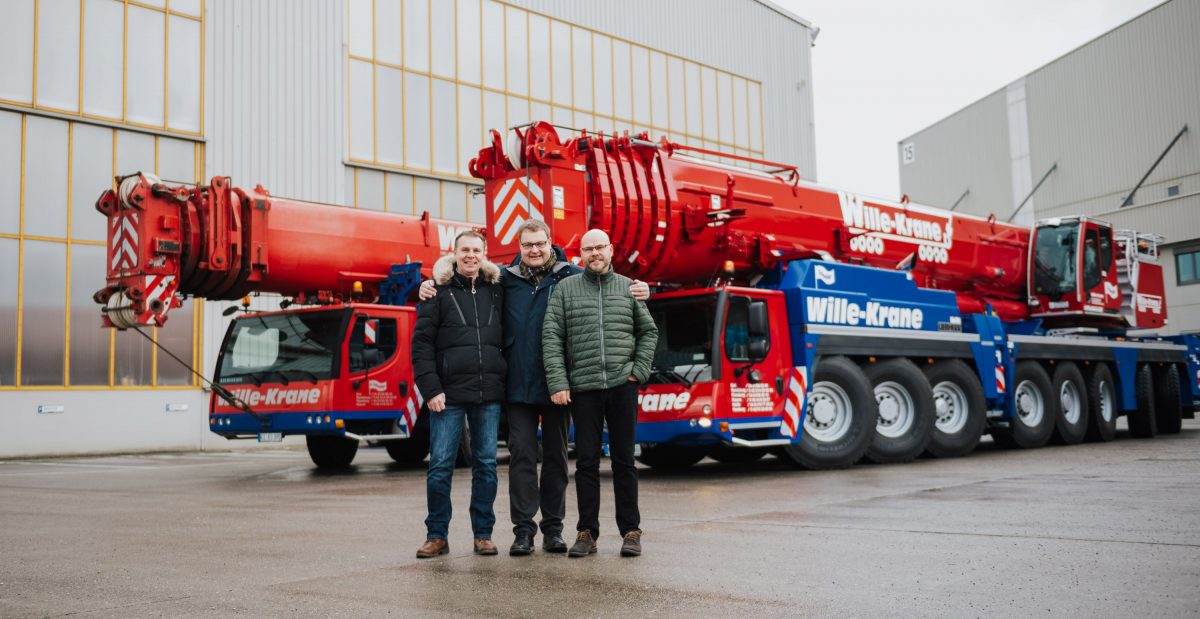 The new 450-tonne crane will replace an LTM 1350-6.1 and is now the largest crane in the company’s fleet. The 85 metre telescopic boom, fast set-up and high flexibility in use were major criteria behind the decision to purchase the Liebherr mobile crane.

Ten years after taking delivery of the LTM 1350-6.1, representatives of family-run Wille returned to the Liebherr plant in Ehingen. Jens Fähse, sales manager of mobile and crawler cranes at Liebherr, handed over the new LTM 1450-8.1 to Kai and Mario Schneider. They are the second generation of the family to manage the company along with their brother Kevin and father Karsten Schneider, who founded the company in 1994.

The new eight-axle crane is also ideal for use on constricted sites.

“The reducible ballast radius and variable support base are worth their weight in gold,” said Mario. Since Liebherr launched VarioBase, Wille has ordered all its new mobile cranes with this innovative technology.

The high mobility and short set-up times of the new cranes were also major criteria behind the decision. The LTM 1450-8.1 travels on public roads with its 85 metre telescopic boom and all four outriggers and can therefore be made ready for use quickly once it reaches the site. The main areas of use for the new flagship in the fleet will be erecting tower cranes, industrial installation work and maintenance of wind turbines.

Wille Krane GmbH has a workforce of around 70 operating from 7 sites in northern Germany , specializing in heavy haulage and crane work as well as installation services and business relocations. The company has 35 cranes, including miniature and loading cranes, the majority of which have been supplied by Liebherr.

“The cranes’ technology and the fact that they hold their value well at points in favour of Liebherr. In addition, the company’s after-sales service is outstanding,” said Karsten.