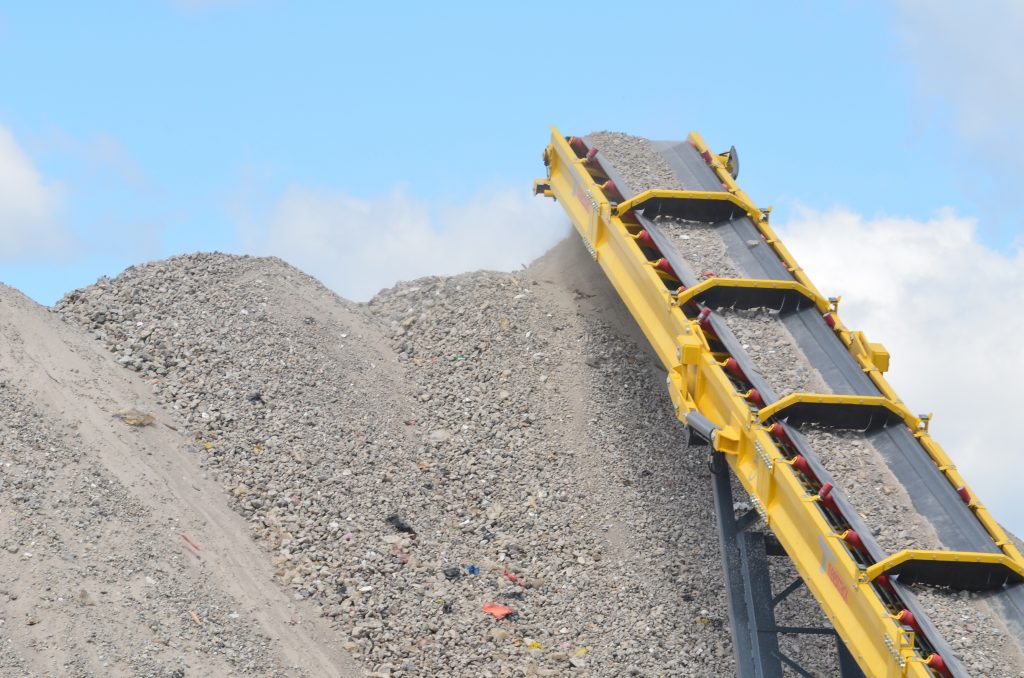 Toronto has placed first among 20 of Ontario’s large cities and regions for its performance in recycling concrete and asphalt.

The study, released today, finds that many municipalities in Ontario have policies that prohibit or limit the use of recycled aggregate. As a result, millions of tonnes of this material, which could be reused in roads and other infrastructure, are instead being stockpiled in mountains of urban rubble or dumped in landfill.

Voters are being urged to raise this issue with the candidates in the upcoming municipal elections, and to demand their local and regional representatives take action.

On a scale of 0 to 100, Toronto scored 76, making it the number-one “Leader” in recycling aggregate recovered from construction projects. Other municipalities earning this distinction are: Cambridge (72), Markham (64), Kitchener (58), London (58), York Region (56), and Ottawa (54).

While there is room for improvement even among the “Leaders”, the municipalities in the middle and especially the “Laggards” need to change their policies and practices so they support – rather than hamper – aggregate recycling.

Municipalities doing less than their best at recycling are also forfeiting opportunities to help the environment by: lowering fuel consumption and greenhouse gases associated with trucking new aggregate, diverting used aggregate from the waste stream, lessening the impact of quarry operations, and building more sustainable infrastructure.

The study was released today by a group of industry associations headed up by the Toronto and Area Road Builders Association (TARBA). Results are based on research conducted in July and August, 2018. The independent study examines the aggregate recycling practices of five regional and 15 single or lower-tier municipalities.

“Residents have a right to know whether their municipality is doing a good job – or not – of recycling asphalt and concrete,” says Rob Bradford, TARBA executive director. The municipalities which declined to respond to the survey were: Guelph, Vaughan, Oakville, Brantford and Oshawa. (TARBA was able to obtain data on Oshawa from other sources.) Waterloo Region provided only partial data.

Collectively, municipalities are the largest consumers of new aggregate in the province, using between 60 and 70 million tonnes a year. At the same time, their own construction policies and tendering specifications are the biggest obstacles to recycling this material.

“Municipalities should try to reach these higher recycling rates. They need to be part of the solution rather than part of the problem,” Bradford notes.

The group plans to continue to monitor the municipalities and make similar reports in the future. “It is our hope that public awareness of this issue will bring about positive change and improved aggregate recycling in the years ahead,” says Bradford.

Go to www.tarba.org for additional information, including: the full research report, a new video, photo gallery, b-roll footage, backgrounders, and an FAQ. Check us out on Twitter and Facebook.