Ontario needs Ottawa to be a full partner in infrastructure investment 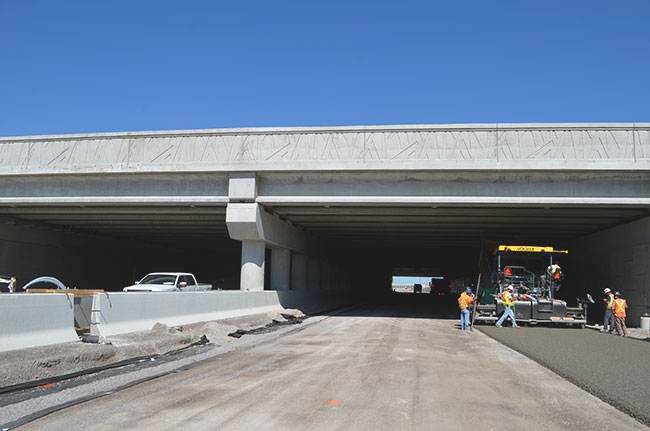 Dedicated funds for investments in transportation are greatly needed from the federal government.

August 13, 2015 – Ontario is suffering from significant infrastructure problems. To tackle these issues, this year’s budget made an unprecedented investment – a 10-year, $130 billion infrastructure commitment. Of this investment, $2.6 billion is set aside for transit and transportation, critical factors that directly affect the health of Ontario’s economy. Currently, gridlock is costing the economy of the Greater Toronto and Hamilton Area $6 billion annually, and Ontario has finally decided to solve the problem.

It is Ottawa’s responsibility to support the provinces in their effort to tackle the infrastructure deficit. In Ontario’s case, a dire need for federal support lies in transit and transportation. The most effective way for Ottawa to assist Ontario is to lead the development of a national transit strategy. Canada is the only G7 country without such a plan.

The current federal budget saw Ottawa pledge its intent to create a Public Transit Fund, dedicating $750 million for two years starting in 2017-2018 and thereafter, $1 billion annually. However, this is only an intent. Ottawa needs to do more.

Just as, if not more important than a commitment to invest, is proper planning. The federal government must recognize that effective infrastructure investment comes from sound, meaningful and effective long-term planning. Rather than rhetoric about “shovel ready projects,” Ottawa needs to work with other levels of government to coordinate a long-term plan that clearly directs funds. Not having a sound plan diminishes the value of Ottawa’s commitment.

In developing strategic long-term planning, the federal government must secure consistent, dedicated sources of revenue and ensure adequate funding to preserve the integrity of commitment made by the province. It is imperative for the government to ensure these funds be placed in dedicated reserves for specific infrastructure investment and not be reallocated for unexpected future priorities.

Infrastructure investment as a result of proper planning is a powerful impetus for greater economic activity, growth and job creation. That is why Ottawa needs to work together with Ontario and its municipalities in building a plan.

Ontario demonstrated its strong determination to address its infrastructure deficit by introducing dedicated funds for investments in transportation and transit infrastructure to the Trillium Trust. Now is the time for Ottawa to support Ontario’s commitment and become a full partner in investing in the province’s future prosperity.