September 20, 2018  By B.C. Ministry of Transportation and Infrastructure 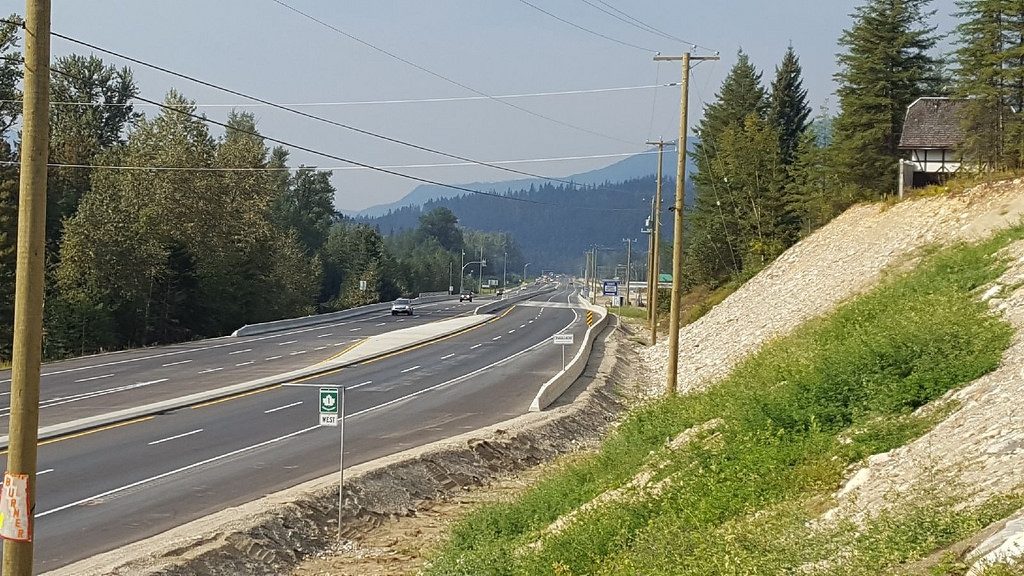 The North Fork Bridge replacement project on the Trans-Canada Highway is complete, improving safety, capacity and efficiency for people using the highway between Sicamous and Revelstoke.

“The Government of Canada is proud to have supported important improvements to Highway 1 that are creating a safer and more efficient transportation corridor across British Columbia,” said François-Philippe Champagne, federal Minister of Infrastructure and Communities. “These much-needed upgrades will meet trade and travellers’ needs now, while laying the groundwork for increased tourism and economic growth in this beautiful region.”

The North Fork Bridge was the last remaining metal-truss bridge along the Trans-Canada Highway. This 59-year-old structure crossed over the Perry River, 28 kilometres east of Sicamous. It had two narrow lanes, low clearance and no shoulders.

“The previous bridge was only two lanes and very limiting, as some commercial vehicles couldn’t cross it because of the overhead height restrictions,” said Claire Trevena, B.C.’s Minister of Transportation and Infrastructure. “The new four-lane bridge and highway widening will increase safety and expand capacity for everyone using this part of Highway 1.”

This project is part of the Highway 1 Kamloops to Alberta Border Four-Laning Program, which is upgrading the highway corridor to a modern, 100-kilometre-per-hour, four-lane standard. This $32.6-million project is cost-shared, with the Government of Canada contributing up to $9.2 million through the Building Canada Fund and the Province providing the remaining $23.4 million.

Accelerating Highway 1 upgrades between Kamloops and the Alberta border is a specific priority in the mandate letter for the provincial Minister of Transportation and Infrastructure. In Budget 2018, the Province is committing $464 million to this program over the next three years.

Learn more:
For more information on the ministry’s four-laning program for Highway 1 between Kamloops and the Alberta border, visit: www.gov.bc.ca/bchwy1-projects.