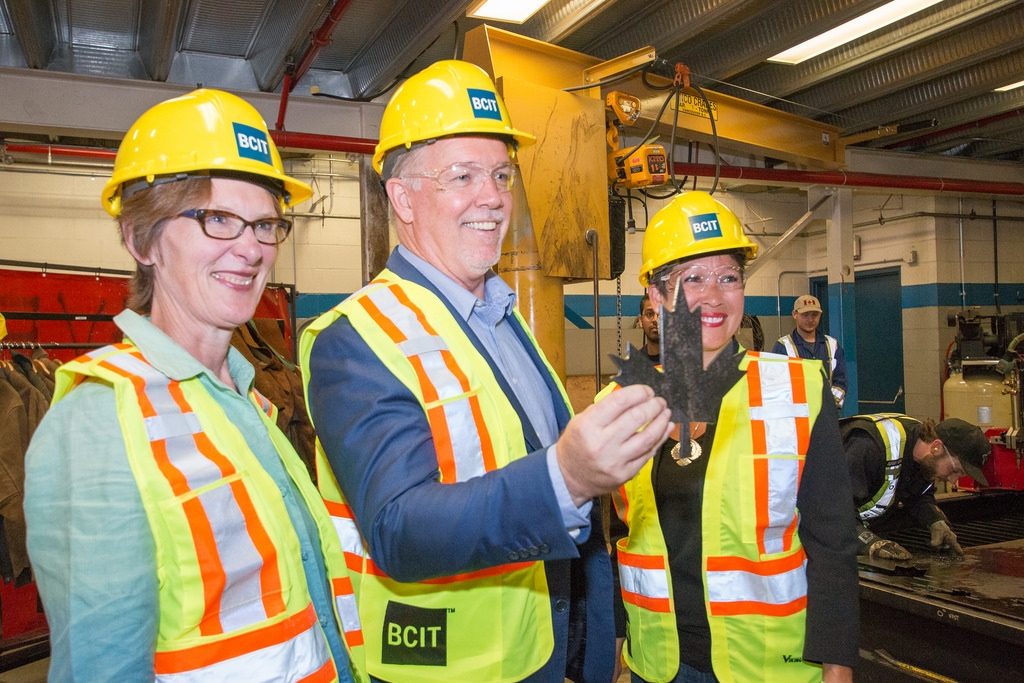 Change lies ahead for British Columbia’s construction and roadbuilding industries, as a new project labour agreement from the provincial government aims to provide construction workers and contractors with fair wages, job opportunities closer to home and greater access to training and apprenticeships.

According to the B.C. Ministry of Transportation and Infrastructure, its new CBA includes efforts to prioritize the training and hiring of Indigenous people and women as well as workers living in close proximity to public infrastructure projects. Ensuring fair wages for local workers, maximizing apprenticeship opportunities on public infrastructure projects and working to improve access to existing training programs are also key points in the agreement.

These measures are part of a government effort to address current skills gaps in the province’s construction and road-building industries as well as looming labour shortages in these sectors, the ministry says.

“Over the next 10 years, approximately 100,000 job openings are expected in the trades, transport and equipment operators sectors, and the skilled workers who train and apprentice on these projects today will be able to fill those jobs in the future,” a ministry spokesperson told Rock to Road.

While training targets for CBA projects will be set on a case-by-case basis, the ministry aims to meet an overall goal of 25 per cent apprenticeship hours per project. Greater efforts to train and hire women, Indigenous people and other underrepresented groups will also help to diversify the skilled workforce within the province’s construction and road-building industries, while priority hiring for workers living near project worksites will help to bring jobs to communities across B.C.

Though the new CBA aims to tackle the province’s present-day challenges, this is not the first time B.C. has implemented project labour agreements on public infrastructure projects. According to the ministry, BC Hydro has constructed 17 dams since 1963 using similar agreements, in which details such as hiring, wages and budgets are settled prior to the start of construction in an effort to prevent delays once the project is underway.

To implement the new agreement, provincial officials created a new Crown corporation, BC Infrastructure Benefits, Inc. (BCIB), which drafted the CBA in co-operation with the Allied Infrastructure and Related Construction Council, a coalition of 18 roughly 18 B.C. Building Trades unions.

Moving forward, BCIB will be responsible for managing employment logistics, such as hiring, payroll and benefits, on infrastructure projects that use the CBA model. By finalizing these details prior to the start of a project, provincial officials hope to eliminate the possibility of strikes and lockouts during the construction period.

Though both union and non-union contractors are encouraged to bid on CBA-affiliated projects, all workers and contractors will be required to join a union for the duration of a CBA project within 30 days of being on the worksite.

“A union membership included in the CBA ensures that workers on the project are treated fairly, paid good wages and provided benefits for their work,” said the ministry spokesperson.

While organizations like the B.C. Building Trades have celebrated the new agreement, its announcement has rankled some business associations and non-affiliated unions in the province, who argue that the CBA provisions will favour a small number of preferred unions, thereby excluding non-unionized contractors and workers from training and job opportunities.

In August, the Globe & Mail reported that the Independent Contractors and Business Association (ICBA) – along with the BC Chamber of Commerce, several building and trade organizations and two unions unaffiliated with the building trades – filed a petition against the CBA in B.C. Supreme Court.

“You don’t train more people in construction by cutting backroom deals with the building trades unions and giving them a monopoly on government projects,” ICBA president Chris Gardner said of the agreement in a news release. “You train more people by being inclusive, by investing in more training spaces, and by working with the private sector who train workers on construction projects in every community across the province every day.”

“It’s simply not fair to discriminate against the 85 per cent of construction workers who are not part of the old-fashioned hiring hall model where unions control who can work where and when,” Gardner added.

Several organizations, including the Greater Vancouver Board of Trade, also believe the new initiative will increase delays and budget overruns on major public infrastructure projects.

“As a free enterprise organization, the Greater Vancouver Board of Trade believes in free and open competition for government contracts, to get the best value for increasingly scarce taxpayer dollars,” the organization said in a statement on the day the CBA was unveiled. “We have concerns that today’s announcement will inevitably lead to higher costs and added complexity for public infrastructure projects, which will ultimately cost taxpayers.”

Moving forward, opportunities to put the new CBA into practice will come quickly, as the provincial government plans to employ this model in two forthcoming projects: the $1.377-billion replacement of the Pattullo Bridge and a four-laning project on the Trans Canada Highway between Kamloops and Alberta.

The Pattullo Bridge project, currently in its Request for Qualifications stage, is expected to begin construction in 2019 with a target completion date in 2023. According to the ministry, a four to seven per cent budget increase is already factored into this project, limiting extra costs for taxpayers, and the additional funds will largely go toward apprenticeship opportunities, representing what the ministry believes is a long-term investment in the B.C. workforce.

“We know there is a looming predicted skilled worker shortage, and the Pattullo Bridge replacement project is a great opportunity to train and expand the qualified workforce for the future,” the ministry said.