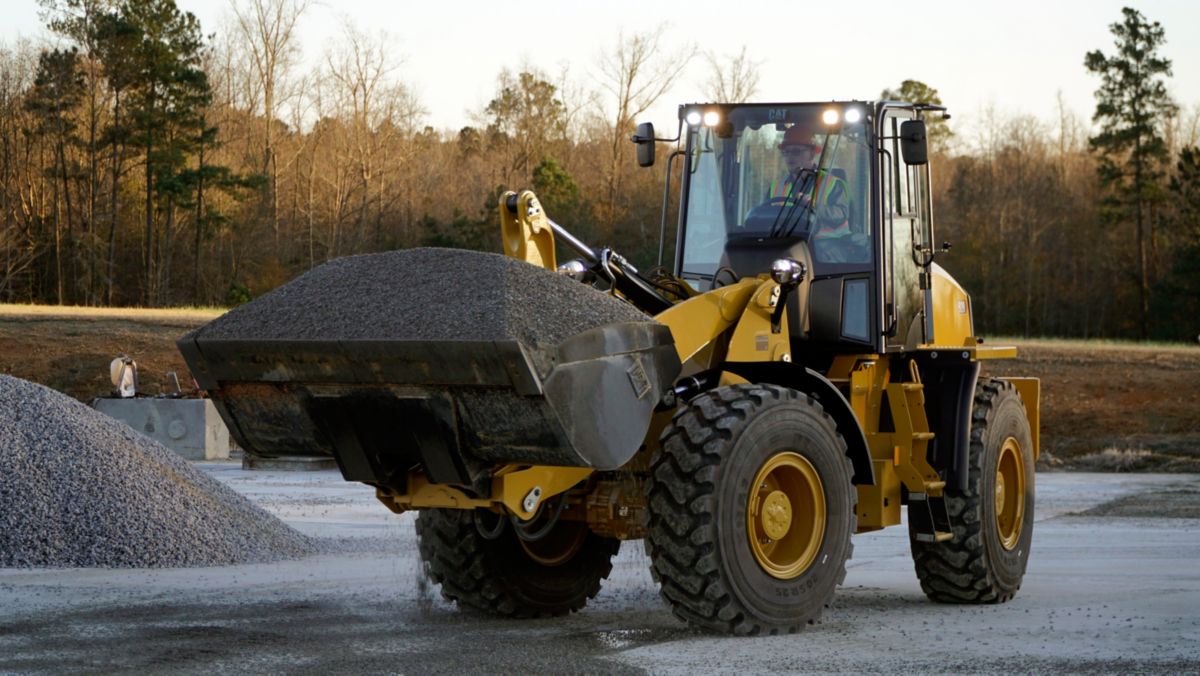 Building on the success of the CAT M Series Compact Wheel Loader range, Caterpillar has added three new models to the lineup, each with significant design enhancements: 910, 914, and 920, the latter replacing the 918M.

Among the design changes is a new engine for all three models; the Cat C3.6 replaces the C4.4, and with the new engine, all models get a horsepower boost. Also new for the 910 and 914 is an available rotary-sensor-kickout system with both fork and bucket settings. The new dual-setting feature is now included in the 920’s standard kickout system. Additional rear guarding is now available for the 914 and 920, and new auxiliary hydraulic lines are available when the three- or four-valve option is selected. Other new options include a reversing fan, LED working and under-hood lights, Fusion coupler for the 914, and USB ports in the cab.

The new Cat C3.6 engine is specifically designed for Cat products. The new engine has the same torque performance as the previous Cat 4.4, and also provides a modest increase in rated gross power, increasing from 101 to 111 horsepower (74 to 82 kW) for the 910 and 914, and from 117 to 122 horsepower (86 to 90 kW) for the 920. Caterpillar estimates up to 5 percent gains in fuel-efficiency with the new engine, and the C3.6 meets EU Stage V and U.S. EPA Tier 4 Final emission standards. Fuel-tank capacity also is increased by 2.9 gallons (11 litres) for the new loaders, allowing extended work cycles 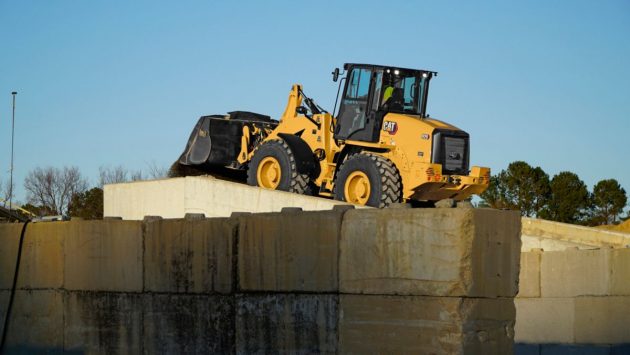 In operating environments where airborne debris can be pulled into cooling cores and restrict airflow, possibly resulting in overheating, the new reversing-fan option can assist in keeping cooling cores clean for more efficient temperature control. The reversing fan has a three-position rocker switch in the cab, allowing the system to be turned off, to operate in an automatic mode, or to be momentarily activated by the operator. In the automatic mode, the fan is factory-set to reverse direction for 10 seconds every 10 minutes. Frequency and duration of automatic reversing can be changed via the Cat Electronic Technician, allowing frequency to be adjusted from five to 240-minute intervals and duration from five to 20 seconds.

Rotary Sensor Kickouts are now an option for the 910 and 914, and the new fork and bucket settings of this system, along with cylinder snubbing, are features now included in the kickout system for the 920. Controlled by four buttons in the cab, the new system can be adjusted to accommodate the kickouts required by two different work tools. Once the position of the attachment is moved to the desired location, a two-second press of the appropriate button programs that function, which is recalled by using detents in the joystick. All functions can easily be used together after setting the tool to the desired recall locations. Correct use of the kickouts has been shown to save up to 20 per cent of the cutting edge life of a bucket.

The 914 can now be equipped with the Caterpillar Fusion Coupler System to provide enhanced durability and attachment compatibility. The Fusion Coupler features an advanced wedging mechanism to create a tight, rattle-free fit, eliminating coupler-to-attachment movement and subsequent wear. Wedges in the coupler pull the attachment tight to the machine in two directions (in and down), and constant hydraulic pressure is applied on the wedges to ensure a consistent, tight fit, providing enhanced tool control and increased productivity. The Fusion Coupler interface is used on other Cat loaders for shared use of forks and hydro-mechanical work tools, such as brooms and snowblowers.

New auxiliary lines are available (from mid-lift arm down to the coupler) for all the new loader models when the three- or four-valve option is selected. This feature allows ease of use for more work tools within the Caterpillar portfolio. 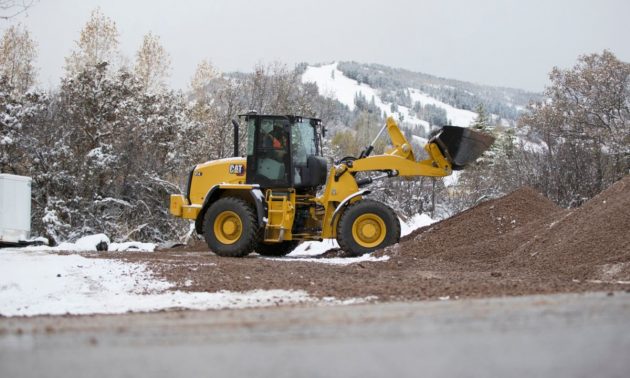 Efficient, high-illumination LED lights are now available as an option for both working/roading lights and under-hood-service lights. LED lighting has a truer, cleaner colour that helps better illuminate the work area when operating in low-light conditions. In addition, performing under-hood service in poor ambient light is made easier with task-focused LED lighting. Unlike conventional LED roading lights, Cat LED roading lights have a unique resistor bank built into the body to keep the lamp assembly warm enough to melt snow and ice, resulting in added efficiency when operating in such conditions.

A new rear guard is available for the 914 and 920 models used in harsh environments that can generate blowing debris, such as waste-handling and certain industrial applications. The guarding is purpose-built to protect major components and systems, resulting in less time for cleaning and higher production rates.

In-cab USB power ports are part of the design for the new 910, 914, and 920. For the operator’s convenience, these ports provide low-voltage power for charging cell phone and other compatible electronic devices.