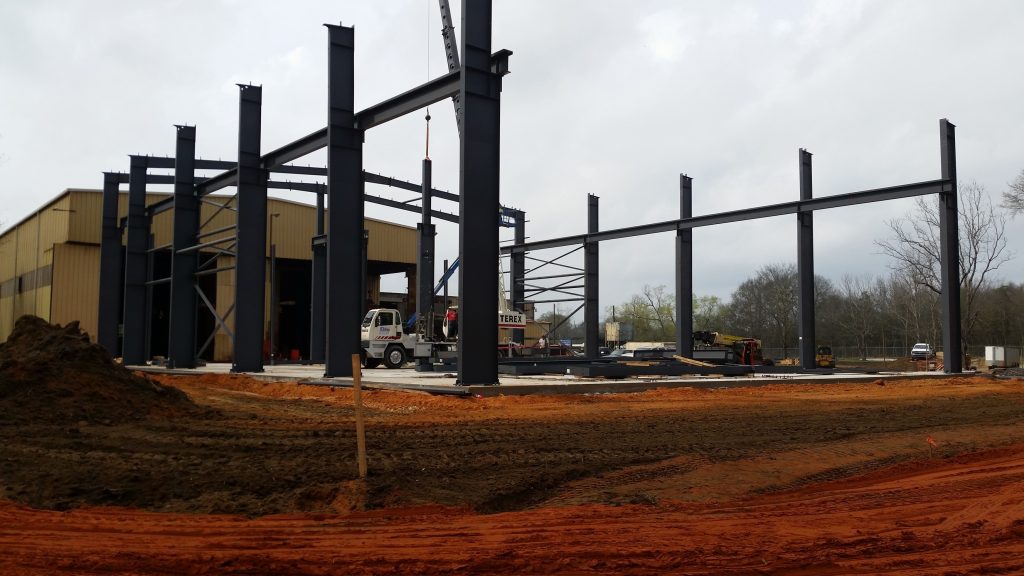 May 22, 2018 – Mack Manufacturing, an American leader in heavy-duty hydraulic grapples, grabs and clam shell buckets, recently completed construction of a 10,800 sq. ft. expansion that has allowed new efficiencies throughout its production process.

The new facilities are housed in a standalone building adjacent to the main plant. Mack acquired additional property for its 11 acre site to accommodate the added space. Four years in planning and construction, the structure now houses all of Mack’s assembly and finishing operations, up to final shipping.

According to Matt Davidson, vice-president of sales and marketing, the expansion is a major step forward for the company’s production line. It houses a wide range of processes – assembling fabricated components, sandblasting, paint, crating and shipping. All those activities previously shared a 100 ft. by 45 ft. area in the main plant. Now, with almost three times as much space to work with, each operation has the dedicated space it requires, laid out specifically to allow for significant improvements to the workflow.

The improvements also include upgraded technologies such as a closed-loop recovery and purification system for its high pressure washing area, and a fully sealed steel-grit sandblasting stage that reduces the cost of consumable material and enhances its environmental controls.

In the main plant, the former prep shop is now home to Mack’s hydraulic shop. Davidson says that the move led to a reorganization of its cylinder production, machining and fabrication areas that reduces handling and streamlines the overall manufacturing process.

About Mack Manufacturing
Mack Manufacturing is a global leader in industrial material handling attachments, specializing in heavy-duty hydraulic grapples, grabs and buckets for overhead cranes and mobile equipment. Established in 1942, Mack continues to operate as a family-owned business committed to the development of highly-skilled welders, fabricators and support staff.