News
Investment in building construction: May 2019 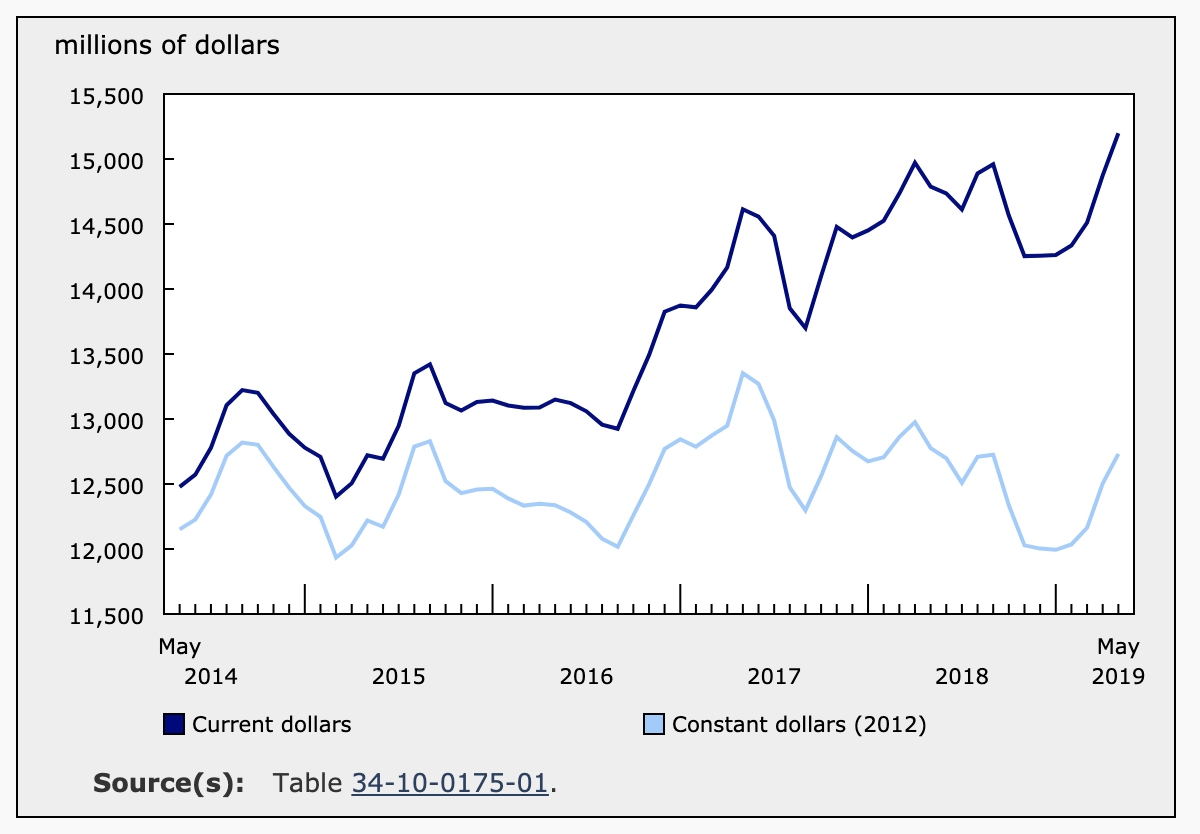 On a constant dollar basis, investment in building construction rose 1.8 per cent to $12.7 billion.

Of the three components in the non-residential sector, the industrial component posted the largest gain (+1.6 per cent to $911 million) due to projects such as the Toronto Transit Commission’s new bus garage and Maple Leaf Foods’ plant in London, Ontario.

The commercial component increased for the 16th consecutive month in May (+1.2 per cent to $2.7 billion), as investment in British Columbia, Ontario and Saskatchewan outpaced declines in Alberta and New Brunswick.

Investment in the institutional component, which includes hospitals and schools, edged down 0.5 per cent from the previous month. This was the fourth consecutive monthly decline.