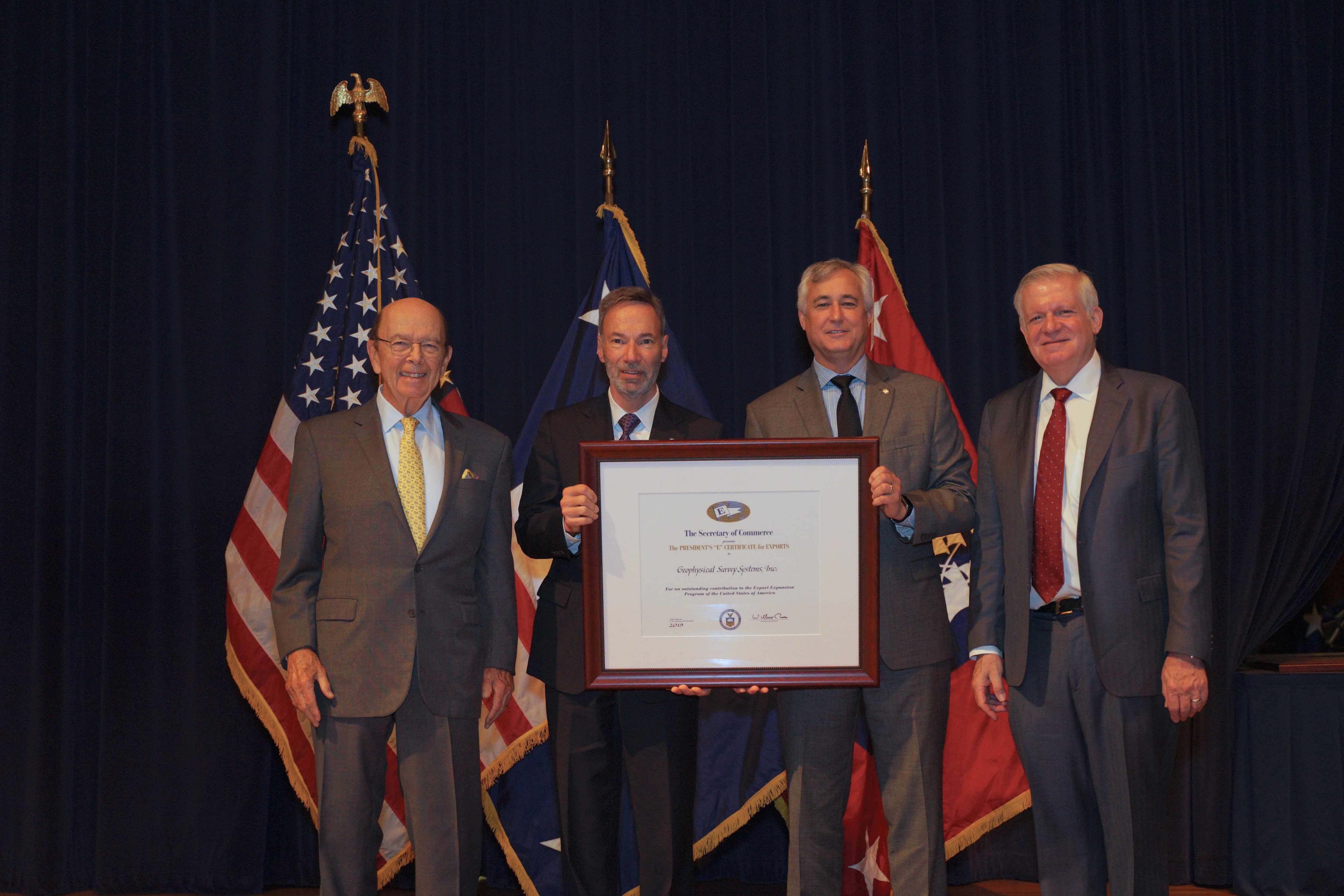 In total, Secretary Ross honored 48 U.S. companies with the President’s “E” Award, the highest recognition any U.S. entity can receive for making a significant contribution to the expansion of U.S. exports.

“GSSI has demonstrated a sustained commitment to export expansion. The “E” Awards Committee was very impressed with GSSI’s steady year-over-year growth in export sales. The company’s presence in 121 countries was also particularly notable. GSSI’s achievements have undoubtedly contributed to national export expansion efforts that support the U.S. economy and create American jobs,” said Secretary Ross in his congratulatory letter to the company announcing its selection as an award recipient.

GSSI is the world leader in the development, manufacture, and sale of ground penetrating radar (GPR) equipment, primarily for the concrete inspection, utility mapping and locating, road and bridge deck evaluation, geophysics, and archaeology markets.

“As the leading global innovator of GPR technology, we are dedicated to helping our customers on all seven continents conduct superior structural and subsurface analysis,” said Christopher Hawekotte, GSSI, President. “Our products provide highly reliable, actionable information, and foreign markets demand quality products made in the United States. We are honored to receive the “E” Award.”

In 2018, U.S. exports were the highest on record with U.S. services at $821.1 billion and U.S. exports of goods reaching $1.7 trillion, demonstrating how American private enterprise can not only survive, but thrive, in the international market.

American companies are nominated for “E” Awards through the U.S. and Foreign Commercial Service office network, located within the U.S. Department of Commerce’s International Trade Administration. Record years of successive export growth and an applicant’s demonstration of an innovative international marketing plan that led to the increase in exports is a significant factor in selecting the overall winners.