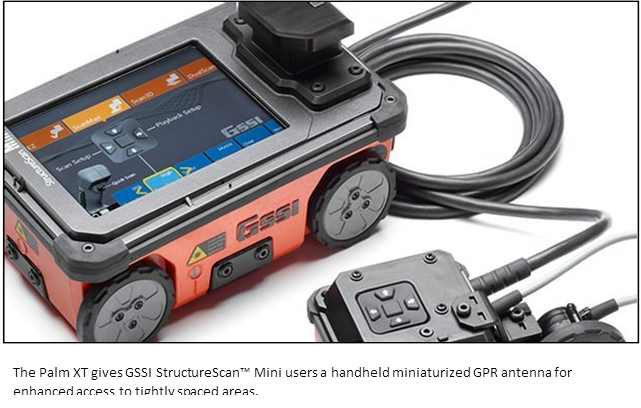 Many early adopters of ground penetrating radar (GPR) technology found concrete scanning to be the effective application. Those anchoring, saw cutting, or core drilling concrete would hire a contractor to scan the area before cutting to avoid accidentally hitting an object.

For this reason, construction firms have come around to the notion that concrete scanning is vital to job site safety and efficiency. In recent years, service companies have also found synergy between concrete scanning and the need to provide utility locating services. Many contractors find GPR to be an important tool that allows them to scale and expand their business while maintaining a high level of service.

Toledo Ohio based Ground Penetrating Radar Systems (GPRS) was early to focus on concrete scanning, using GPR technology. They determined that GPR was preferable to other non-destructive subsurface survey technologies, including x-raying.

While concrete x-raying remains a valid technique to locate reinforcing steel in certain applications, GPRS found it lacked the flexibility to meet the demands of many projects. The method must be done in conditions in which radioactivity can be safely introduced; it also requires access to the underside of the concrete to be scanned and the job site to be closed. 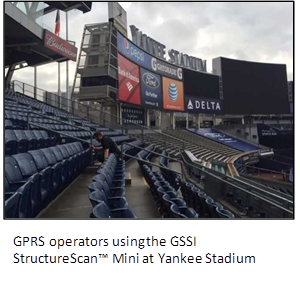 GPR is used without any radioactive element, instead emitting a pulse of energy into the concrete that bounces off any objects in the slab. When some of that energy returns to the antenna, it creates a signature which clearly shows where and at what depth items within the slab are located. GPRS opted for this more versatile technology, which can be used for both elevated concrete slabs and slab-on-grade applications.

GPRS found that GPR equipment helps contractors safely avoid obstacles in concrete, reducing costly delays and potential injuries. For example, during a recent project to revitalize the upper deck at New York’s Yankee Stadium, the general contractor had to penetrate the concrete floor to work on the ballpark’s protective railings and expected the presence of post-tension cables. If accidentally severed, these high-tension steel strands can snap with enough force to break through the concrete and possibly injure the contractor. Due to the severity of the potential risk and the popularity of Yankee Stadium, X-Ray was impossible for this job.

The contractor turned to GPRS, who scanned the area with the GSSI StructureScan Mini XT. This compact tool combined with a GSSI Palm XT antenna, gives operators the ability to cross-polarize for an enhanced level of horizontal and vertical positioning accuracy.

“We would never do a concrete job without GPR,” says Jason Schaff, vice president of sales and marketing at GPRS. “You never really know what’s beneath the surface. GPR lets us provide quantitative data and relevant information to our customers so that they’re able to do their jobs more safely.” 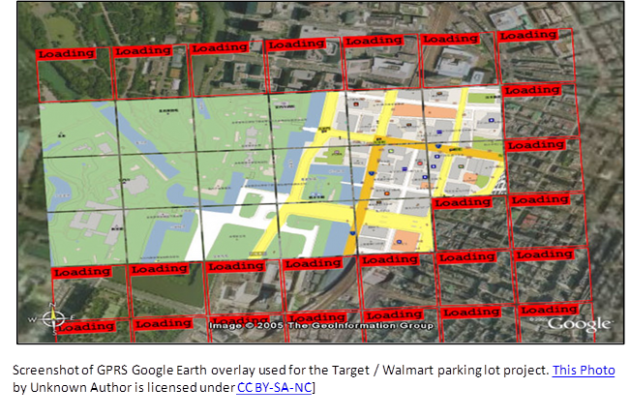 The GPRS team was also hired by a structural engineering firm to determine the structural reinforcement of a Boston, MA building originally used to manufacture cannons and as an armory. The building featured an 8-inch slab with a 1.5-inch topping slab. Scanning the slab and topping with the SIR 4000 and Palm Antenna, the technicians uncovered a complex circumferential reinforcement design. GPRS provided a mark-out of the location and depth of targets as well as a 3D camera report with a virtual tour to the structural engineering client.

Along with GPR equipment, GPRS also uses other tools that complement each other, including a reference point locater that gives operators an added certainty that the area they scan on one side of a thick slab corresponds exactly to the same scan on the other side, and an electromagnetic tool that hooks onto a conduit to passively look for something drawing power. To meet the  need to locate live power in conduits, GPRS also began  providing utility detection services.

In recent years, GPRS has moved into using GPR for utility location, diversifying its business from 95 per cent concrete scanning in the early 2000s to now performing 40 per cent concrete scanning and 60 per cent utility scanning. Utility projects range from mapping out an entire facility’s utility plan and providing a detailed AutoCAD file to examining a small area before installing even a single light pole.

Just like combining GPR with other techniques for concrete scanning, GPR is an integral part of the utility locator’s toolbox. Rodders are used to send traceable lines through pipes to then put a tone on the tracer to assist location. A radio detection tool actively locates pipes under the surface, putting a tone on a tracer and tracing metallic pipes. Magnetometers measure magnetic fields and provide a useful back-up to confirm the location of a cleanout. Other electromagnetic induction equipment serves a similar purpose. GPRS also uses closed-circuit video (CCTV) robots that navigate pipes internally to produce an inside-out visual pipe inspection.

The future of GPR services

Historically, nearly 80 per cent of GPRS’ business is either repeat or referral. The company focuses on long term performance, recognizing that repeatable accuracy is at the core of their services. By effectively leveraging the flexibility and precision of GPR technology, GPRS has diversified and expanded its business from regional to nationwide—all without diminishing service quality. To continue to build on its success, the company has acquired four GPR service provider companies to better meet customer needs and prepare for market growth.