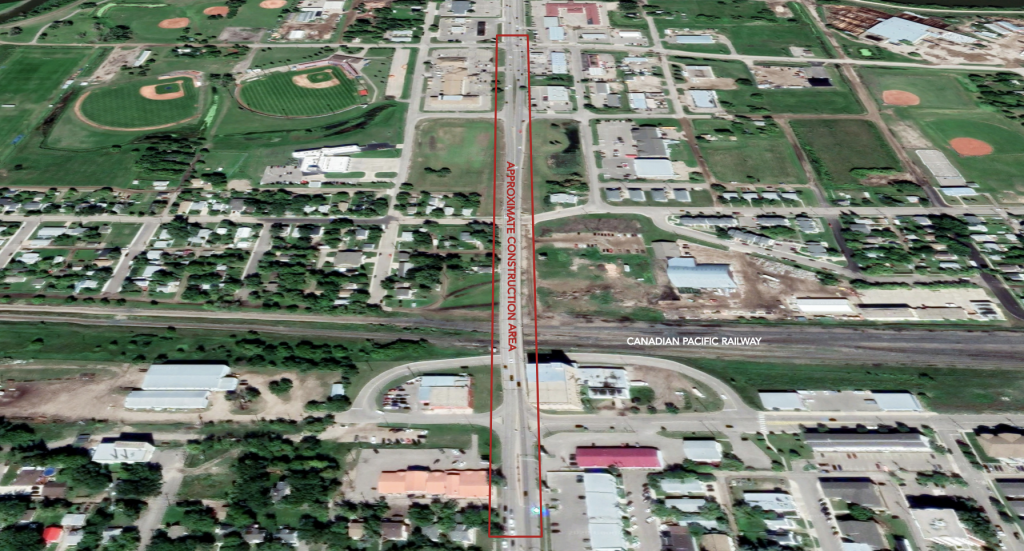 The project will include property acquisitions to enable construction, improve sight lines and improve functionality of the bridge.

“Our government is committed to improving this critical infrastructure for the City of Brandon,” said Schuler. “Due to the growth in the region and the importance of PTH 10 as a major route, the current Daly Overpass has created an undesirable bottleneck system for motorists and pedestrians. We are pleased to have a strong working relationship with the City of Brandon on the construction of this project.”

The Daly Overpass project will include a new four-lane bridge with a separate pedestrian and active transportation bridge. The $65 million design will also include new on and off ramps to connect 18th Street with Pacific Avenue, new pathways, and sidewalk and pavement upgrades.

On-site project work will begin this month with demolition to begin in December, including the Kullberg’s building. Manitoba Infrastructure will continue to provide project updates to the public and the City of Brandon throughout the construction period.

For more information on the Daly Overpass project, visit gov.mb.ca