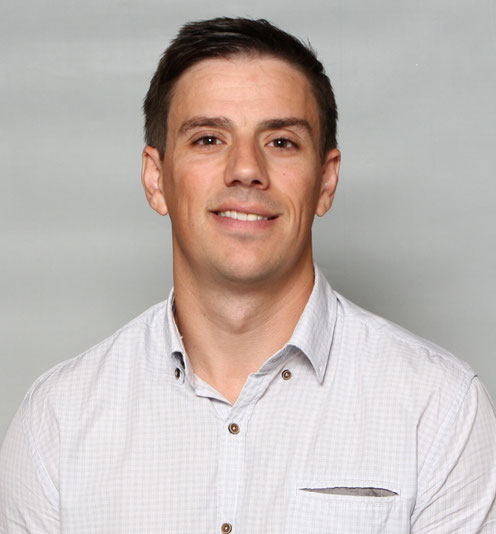 Patrick Froment from ACI Acoustical Consultants gave a talk titled, “Turn Down for What? Noise Mitigation for Gravel Operations” at the Alberta Sand and Gravel Association 2020 Convention in Edmonton.

Froment explained what sound is, how it travels, what decibels are and what frequency is. He described frequency as another word for pitch–air molecules transferring energy.

“Humans can hear anywhere between 20hz to 20,000hz,” said Froment. “And we don’t all hear frequencies the same.”

After the short lesson on sound, Froment doubled back to describe the role it plays at aggregate job sites during a project.

Froment shared several effective ways companies can better mitigate noise in areas where residents may become upset if it is too loud, distracting, annoying, or if it becomes obstructive in any way. 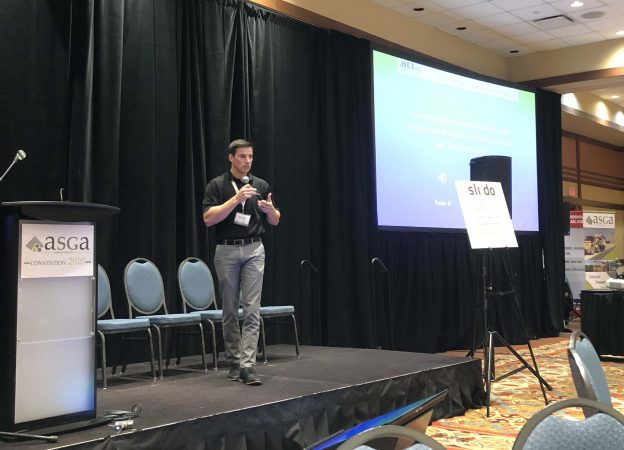 Patrick Froment from ACI Acoustical Consultants gave a talk titled, “Turn Down for What? Noise Mitigation for Gravel Operations” at the Alberta Sand and Gravel Association 2020 Convention in Edmonton.

He also said before beginning it is a good idea to get a Noise Impact Assessment (NIA). With an NIA you can determine the impact of topography, identify hotspots and have a better idea where you should place your equipment.

There are three main ways a producer can address excess noise. With the first one being the most effective¬–the source. The source is the machine or piece of equipment itself. “If we can simply move the machine far enough away from an impacted area, or perform maintenance on it, that is the most effective way to mitigate noise,” said Froment. “Although sometimes it is not that simple.”

In that case Froment suggests changing the path.

He said altering the path of noise should be practical and cost effective, and he explained several different ways sound can be directed up, absorbed, or sent away from a receiver.

“Barriers, sounds walls–all send noise up. And that’s called reflected sound, propagated sound or diffracted sound,” he said. “All of these methods help make the path longer, therefore quieter by the time it reaches the receiver.”

Problems may arise with this method if topography is not working in your favour.

“If the receiver is higher than the source it can be difficult to mitigate noise and you will need a taller barrier,” said Froment, adding that you can’t get away with simply adding any sort of wall. “You can’t just add a tarp and hope it will help. Barriers need to have no gaps in between walls or at the bottom.”

He also mentioned that overkill is a thing and reminded producers to make sure they get the best bang for their buck.

The third and final method is to move, relocate or make compromises with the receiver. Froment said that is often the most difficult and least effective method of mitigating noise.