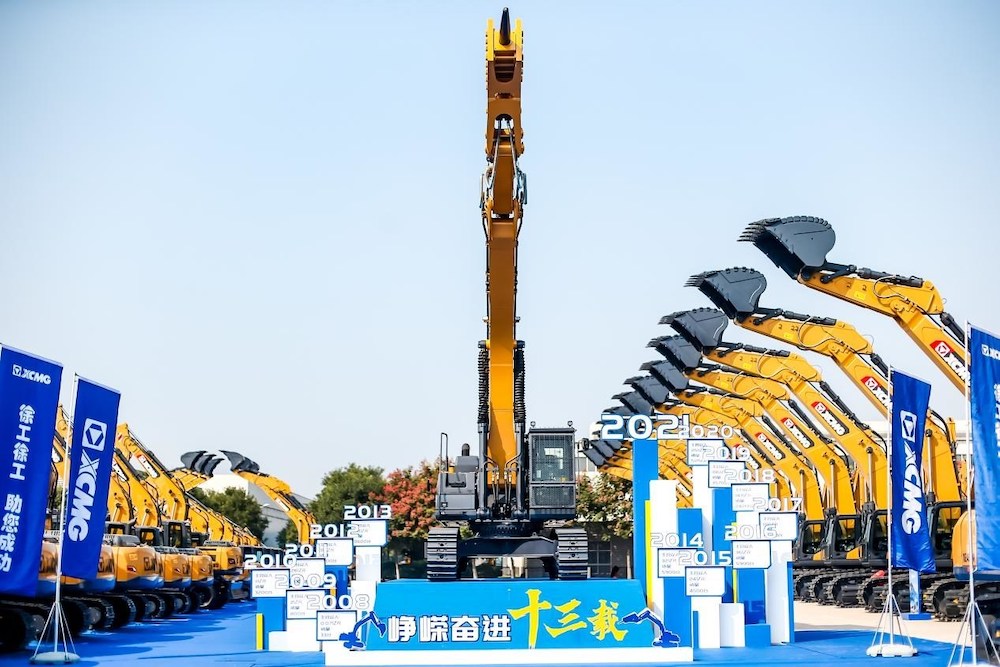 XCMG has released two new excavator models to time with a company milestone of 200,000 excavators manufactured.

The China-based company established its excavator division in 2008. Thirteen years later, the 200,000th excavator to roll off the assembly line was the XE380DK.

As of July 2021, total exports of XCMG excavators have increased by 152 per cent year over year.

“Marking the production and sales of 200,000 units of excavators is a milestone for XCMG and a new starting point,” says Wang Min, chair and CEO of XCMG, in a statement.

“Business in overseas markets will be an important direction for XCMG’s future development and we’ll expand the layout of excavators and other machinery products as well as full-cycle service in Asia-Pacific, Belt and Road Initiative countries, Africa, the Americas and more.”

XCMG hosted a special event on Sept. 16 celebrating the milestone and the release of two new 60-tonnage excavator products – the XE600 and XE690 DK MAX, both designed for heavy-load mining.

Both feature high-torque walking traction, achieved with a large displacement motor and reduction box of high functional density. The XE600 reaches the level of 65-tonnage excavators and XE690DK MAX reaches 100-tonnage, with an eight-cylinder engine.

The digging force of the machines is achieved with a high-efficiency hydraulic system, equipped with a heavy-duty hydraulic pump.

The XE690DK MAX has the heaviest machine weight of products of the same class, suitable for stability and heavy load construction.