Construction of the West Calgary Ring Road, scheduled to begin in 2019, will complete the circle around Calgary and alleviate traffic congestion in the commercial heart of Alberta. 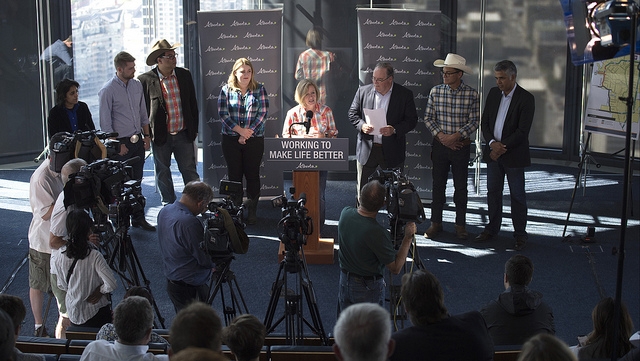 Alberta Premier Notley and Minister of Transportation Brian Mason announce the government is moving ahead on a major Calgary infrastructure project. Photo: Government of B.C.Alberta

The final section of the ring road includes more than nine kilometres along the west side of the city between Highway 8 and the Trans-Canada Highway. Once complete, the Calgary Ring Road will provide 101 kilometres of free-flow travel around the city.

“Completing the Calgary Ring Road is one more example of our government helping to strengthen Alberta’s economy and support businesses. Once complete, this freeway will help get Alberta’s goods to market across the province, in other parts of the country and around the world,” said Alberta Premier Rachel Notley.

The West Calgary Ring Road, expected to accommodate approximately 80,000 vehicles per day, is the final piece of a decades-long plan to provide improved travel options to the Calgary region for residents, travellers and commercial carriers alike. The construction of the West Calgary Ring Road is expected to support up to 2,600 direct construction jobs.

“Completing the ring road is critical to the continued growth and economic prosperity of the Calgary region and all of Alberta. It will also improve safety and reduce greenhouse gas emissions by relieving congestion on city streets,” said Minister of Transportation Brian Mason.

“Today’s announcement is a big step toward a completed 100-plus kilometre free-flowing ring road for Calgarians, our neighbours, visitors and our economy. It is an important part of an efficient transportation network that ensures citizens spend less time in traffic and more time doing… anything else,” added Mayor of Calgary Naheed Nenshi.

•The West Calgary Ring Road is expected to be open to traffic in 2022, one year after the completion of the southwest segment currently under construction.

•Public information sessions will be held in September to share details about the West Calgary Ring Road with local residents and businesses.