Features Columns Education
What does a Liberal win mean for the construction industry? 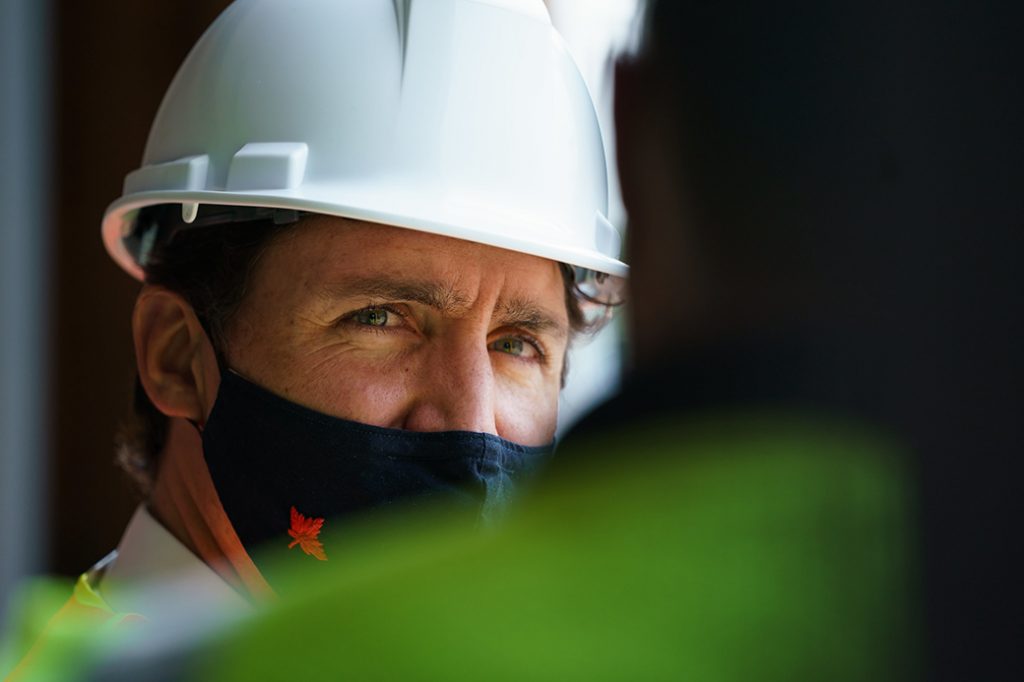 Prime Minister Justin Trudeau at a housing announcement on Jul. 20, 2021. Photo © Adam Scotti/Office of the Prime Minister of Canada (PMO)

Canada’s federal election came and went Monday not with a bang, but with a fizzle as the country’s political map remained largely unchanged.

We started yesterday with a Liberal minority government, and we still have one today, with just a few seat shakeups and $600 million less in the federal coffers. At the time of this writing, the Liberals were elected or leading in 158 ridings, according to projections from CTV News. The Conservatives are looking at a couple of losses at 119, the NDP is one seat stronger at 25, the Bloc Québécois is at 35, the Greens have two.

Maintaining the status quo in what many Canadians thought to be a costly and unnecessary election – called in the middle of the fourth wave of COVID-19 with the minimum amount of lead time before voting day – may mean Prime Minister Justin Trudeau will face a public reckoning in coming weeks.

But what does maintaining the status quo mean for the construction industry specifically?

Let’s take a look at the relevant planks of the Liberal platform:

The feds have promised to introduce a Labour Mobility Tax Credit to allow workers in the building and construction trades to deduct up to $4,000 in eligible travel and temporary relocation expenses, giving them a tax credit of up to $600 per year.

Another tax credit targeted at seniors who want to stay in the workforce would allow people 65 and over who earn a minimum of $5,000 at their jobs to get rid of the tax payable on a portion of their income and receive a tax credit of up to $1,650.

The Liberals have identified the skills gap as an area of focus, particularly the shortage of workers in construction. They promise to increase funding for the Union Training and Innovation program to $50 million per year from $25 million, which they say will create more opportunities for apprenticeship training and Red Seal trades.

The program offers two streams of funding: to support unions in the purchase of equipment needed to train workers in the Red Seal trades, and to facilitate partnerships between organizations so they can find ways to recruit more apprentices. The Union Training and Innovation program especially encourages the participation of women, Indigenous people, newcomers, persons with disabilities, and Black and racialized Canadians.

Also targeting women and vulnerable groups is a pledged expansion of the Sectoral Workforce Solutions Program, a workforce training initiative announced this past spring that sees the feds working with industry associations to deliver training in industries facing the skills gap, including construction. The expansion of the program would seek to cover some additional costs related to participating in the training, including transportation, food, housing and mentoring.

The Liberals plan to carry on with their previously announced $470-million Apprenticeship Service, which aims to match 55,000 first-year apprentices in Red Seal trades with openings at small and medium-sized companies over the next three years.

The government also wants to implement a Trusted Employer system, which would help Canadian companies streamline the process of hiring temporary foreign workers to fill roles that they have not been able to staff with Canadian workers.

Also on the agenda are additional supports to recruit global talent, including an employer hotline, a simplified permit renewal process, and further collaboration with the provinces and territories to recognize foreign credentials.

Bringing in 2,000 skilled refugees to help with the labour shortage in a number of industries will also help to mitigate the skills gap, the government says.

“The dire lack of housing is a critical issue that must be addressed, or our recovery will stall,” says Richard Lyall, president of the Residential Construction Council of Ontario (RESCON) in a statement released this morning. RESCON has called for a housing summit to bring together all levels of government and industry stakeholders to address Canada’s housing crisis.

“Red tape is presently delaying construction of much-needed new housing developments and we are pleased that the Liberal housing plan includes a pledge to remove some of this unnecessary paperwork by providing tools to streamline the application and construction process as well as tackle NIMBYism.”

The government is also in talks to repatriate the Quebec Bridge, which connects a suburb of Quebec City with Lévis, Que. over the St. Lawrence River. The storied clear-span cantilever bridge, which collapsed twice in the early 1900s as it was being constructed, is now in dire need of maintenance and repair to fix corrosion on 60 per cent of the structure.

Previously approved projects aside, the Liberals will have work to do to fulfill some of these promises. With their minority government mandate, they’ll need to do it with the support of the other parties.

And, while it wasn’t in their election platform, the feds must continue with their commitment to developing a new framework for infrastructure. In June 2021, the government collected feedback from 300 organizations on its proposed National Infrastructure Assessment. The Canadian Construction Association (CCA) led the charge in requesting the appointment of an independent, party-neutral council to oversee the eventual delivery of the assessment, and to revisit procurement strategies for infrastructure projects.

Just one month later, the feds had committed to implementing such an advisory body. As far as promises go, that’s one the Liberal government has kept.