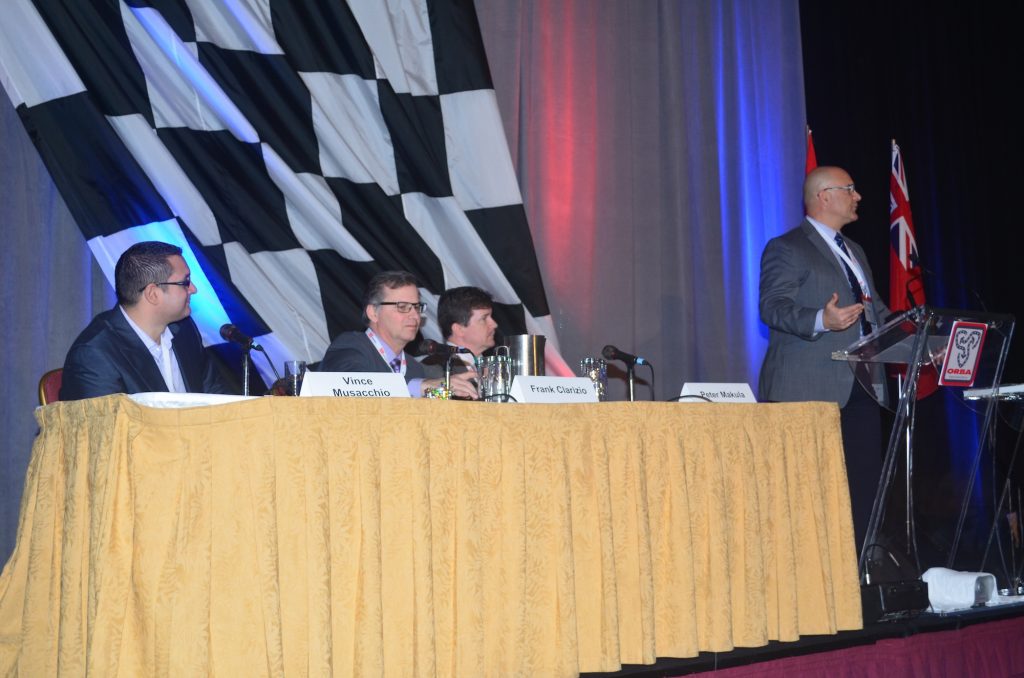 February 2, 2016 – Looking to work with Infrastructure Ontario (I.O.), Toronto or Vaughan on upcoming construction projects in 2016?

Then you’ll appreciate the question asked by the Ontario Road Builders’ Association’s Geoff Wilkinson during the question period of the MTO Central Region Update panel session that took place on Feb. 2 during ORBA’s annual conference in Toronto.

Wilkinson asked the expert panel what advice I.O. and the two cities have for ORBA members that are not currently working with them, but are interested in getting involved in future projects?

Frank Clarizio, the City of Toronto’s director of design and construction transportation infrastructure, said that contractors should be aware that the city has a website open to everyone called T.O.INview, which lists all the projects the city will be undertaking in 2016.

I.O.’s Peter Makula said that to keep an eye on MERX, the electronic tendering service used by I.O. He said there are lots of minor capital projects (less than $1 million) that are available for smaller contractors.

“That’s a great way to get your foot in the door if you’re a smaller contractor,” he told the crowd. “You also might consider airports and ferries.”

City of Vaughan’s Vince Musacchio told the crowd that the city, similar to Toronto, also lists all approved capital programs and posts the standards, which “may mimic or lead to OPS standards.”

“Pre-qualification at city of Vaughan is done right now on a case-by-case basis,” Musacchio told the crowd.