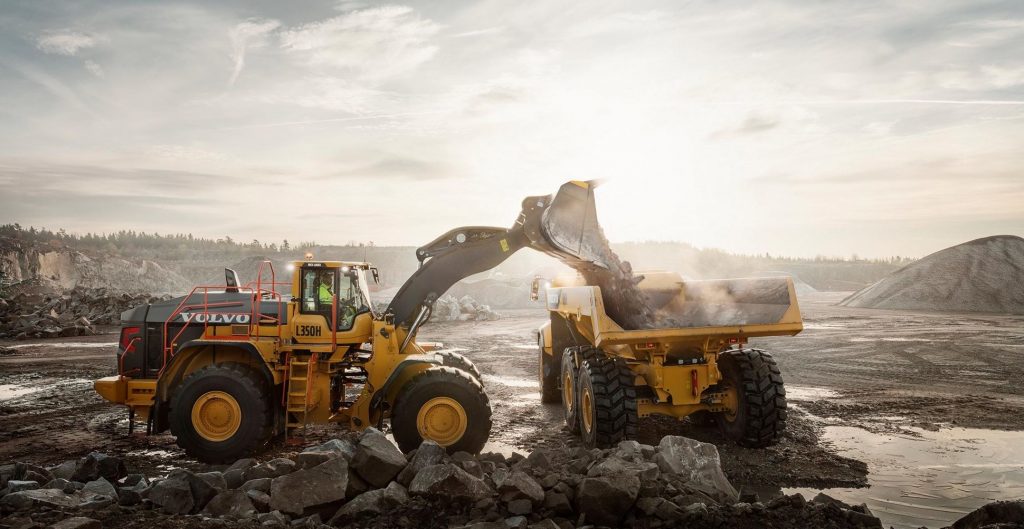 Thanks to a strong recovery in the second half of last year driven by high activity level in the infrastructure segment and improved construction activity, Volvo CE has seen overall demand increase sharply. Photo: Volvo CE

In another sign of the strong economic recovery, Volvo Construction Equipment is reporting a 23 per cent increase in sales in the first quarter of 2021. Total sales rose from 20,148 Swedish Krona ($2.96 million Cdn) last year to 24,742 Krona ($3.63 million) this year.

Order intake is also soaring, rising 73 per cent in the first quarter — spurred on by strong demand in China thanks to governmental infrastructure investments. Closer to home, sales in North America rose 16 per cent year over year from 3.71 million Swedish Krona ($540,000 Cdn) to 4.29 million Krona ($630,000) in the quarter.

“Together with an increase in sales across all global markets and segments, China’s investment helped Volvo CE reverse the negative impact shaped by Covid-19 last year for the first quarter 2021 financial results,” the company said in a press release. “Deliveries also increased by 53 per cent in Q1, driven by higher sales in all regions with the largest increase again in China.”

As well as strong infrastructure investment, low inventory levels at dealers and their need to restock also contributed to the increase in order intake.

“In comparison to the expected slowdown and uncertainty created by the outbreak of Covid-19 of last year, deliveries across all regions increased,” it said. “Demand for large and medium sized machines were stronger than those for compact machines.”

Despite all markets showing increased overall demand, Europe had a slow start to the year impacted by Covid-19 restrictions in key markets such as France and Germany, but has since gained momentum.

While its net order intake has increased by 87 per cent, thanks to stronger demand in the later half of the quarter, Europe’s total market development has declined by nine per cent. In China, Volvo CE’s market development is up 142 per cent in the first two months, when compared to the very low volumes caused by Covid-19 in Q1, 2020.

Asia (not including China) also enjoyed a positive start to the year with a 16 per cent improvement, particularly prominent in key markets including India, Korea and South East Asia. South America is also strong, up 41% from last year, reflecting increased demand for commodities.

While in North America, expectations for further government infrastructure investments are creating a positive sentiment among customers, leading to a seven per cent increase from Q1, 2020.

Volvo CE President Melker Jernberg says: “It is heartening to see demand increasing in the first quarter of this year, with sales up across all regions and markets. We can take confidence that we have weathered a tough period for our customers, our employees and the wider industry and are beginning to now see higher activity. In many countries, we have seen increased investment in an aging infrastructure, something which we expect to continue for the future. Together with a high level of construction activity in several other sectors, this is driving demand for both new machines and services, reflected in both deliveries and order intake rising sharply for the first quarter.”