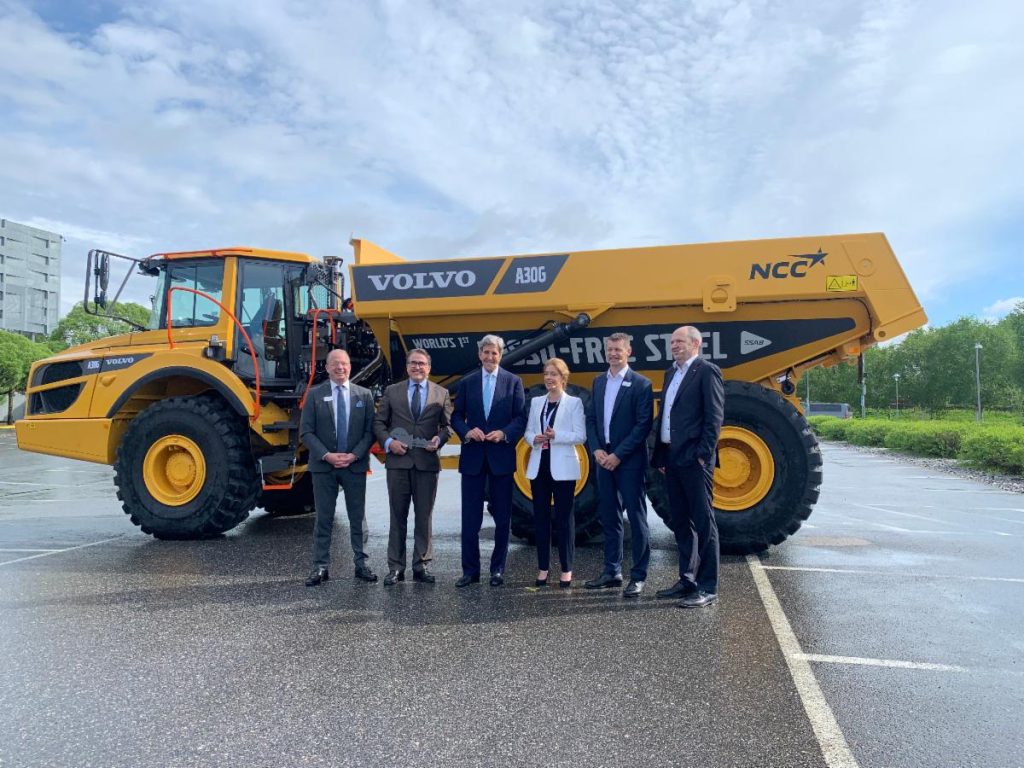 In the latest step on its path toward carbon neutrality, Volvo Construction Equipment (Volvo CE) becomes the first manufacturer to deliver a construction machine built using fossil-free steel to a customer.

This demonstrates the fast-tracking of innovation to real-world solutions as companies across the value chain come together to drive change.

The A30G articulated hauler built using fossil-free steel was handed over by President of Volvo CE Melker Jernberg to long-standing customer NCC today, at a ceremony hosted by LeadIt – the Leadership Group for Industry Transition – in conjunction with the United Nations environmental meeting Stockholm +50. It was attended by John Kerry, US Special Presidential Envoy to Climate and Annika Strandhäll, Swedish Minister for Climate.

The move comes just nine months after the company unveiled the world’s first vehicle concept using fossil-free steel, as part of the testing of the implementation in an ordinary production setup. While commercial introduction is expected to be gradual with selected customers, this speedy first handover is an important milestone in the Group’s ambition to drive industry transformation towards global climate goals. The A30G is produced at Volvo CE’s Braås facility in Sweden, using the existing manufacturing process, with fossil-free steel from Swedish steel company SSAB. 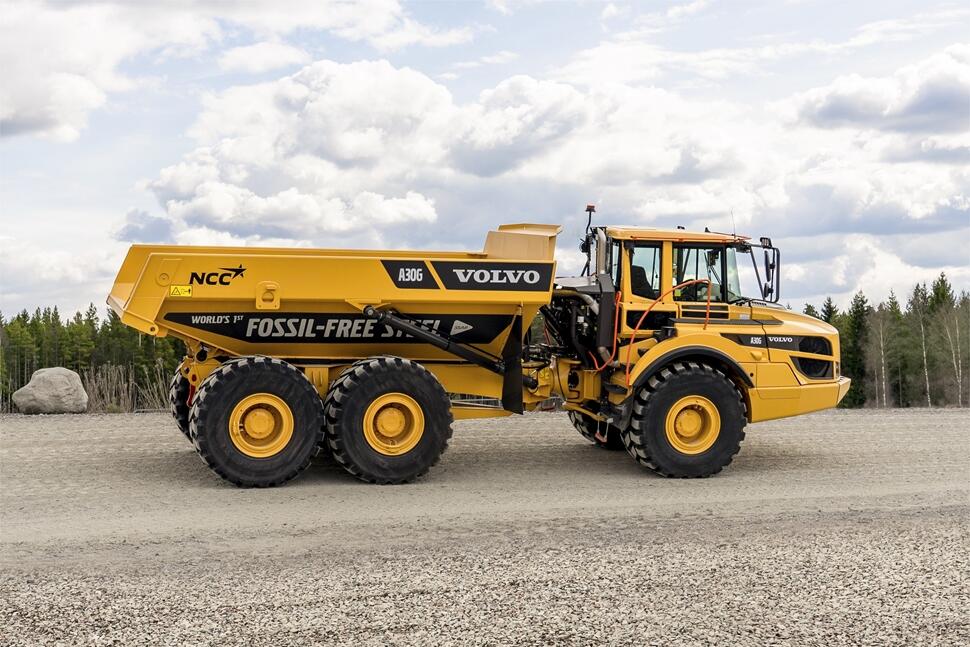 Melker Jernberg says: “We are sure that to succeed in decarbonizing the construction industry, actors in the value chain will need to collaborate and act. Thanks to our strong partnerships with other driven and forward-thinking companies, we are now able to lead the change towards fossil-free construction and be the first to deliver a machine built using fossil-free steel to a customer. Turning commitments into actions is key to building the world we want to live in.”

Tomas Carlsson, CEO and President of NCC, says: “NCC has a firm commitment to contribute to sustainable development. We are working determinedly and systematically to reach that target, which includes selecting machines that live up to our high demands. As demonstrated in this great example, it takes strong and proactive partnerships between several players to make the sustainable shift possible.”

As part of its Science-Based Targets commitment, Volvo CE is set to achieve net-zero greenhouse gas emissions by 2040. Alongside the electrification of its machines, the company recognizes the importance of reducing its carbon footprint across its entire value chain. This includes the raw materials used in its products, of which steel is a major component. The production using fossil-free steel in Volvo CE’s machines and components will be gradual and depend on aspects such as steel availability.