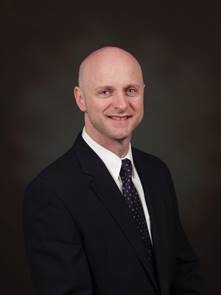 The National Stone, Sand & Gravel Association (NSSGA) announced that it has hired Chuck Fuqua as its vice-president of communications. Fuqua brings over two decades of experience in communications while working in government, politics and trade associations. At NSSGA, Fuqua will be charged with leading communications efforts to represent the aggregates industry and advance its policy positions.

“I am excited to bring Chuck onto our team at NSSGA,” said NSSGA president and CEO Michael Johnson. “He brings a wealth of experience from a strong, multifaceted communications career. He will play a key role in our mission to advocate on behalf of our members and give voice to the issues that are most pressing for our industry.”

“I am excited to begin working on behalf of the aggregates industry, which employs more than 100,000 hard working men and women and has great impact on the everyday lives of people across the country,” said Fuqua. “This industry and its employees have a compelling story to tell – about the need for its products, the people who produce them and the need for effective public policies.”

Most recently, Fuqua headed the communications department at the American Forest & Paper Association (AF&PA). At AF&PA, Fuqua established and grew a communications team that is now the leading voice in the paper and wood products manufacturing industry. Before his entry into trade associations, Fuqua served as spokesperson for Deputy Secretary Sam Bodman and then Deputy Director of Public Affairs for Secretary Carlos Gutierrez at the U.S. Department of Commerce. Fuqua came to Washington, D.C., to work as Assistant Superintendent of the House Press Gallery. He is also a veteran of political conventions, having served on staffs of four Republican National Conventions (1988, 1996, 2000 and 2004), predominantly responsible for media operations.

Fuqua is originally from Georgia and holds a degree in mass communications from West Georgia College. He currently lives in Alexandria with his wife and two children.

About NSSGA
NSSGA is the leading advocate for the aggregates industry. Its members – stone, sand and gravel producers and the equipment manufacturers and service providers who support them – produce the essential raw materials found in homes, buildings, roads, bridges and public works projects, NSSGA represents more than 90 percent of the crushed stone and 70 percent of the sand and gravel produced annually in the United States. Learn more at www.nssga.org.