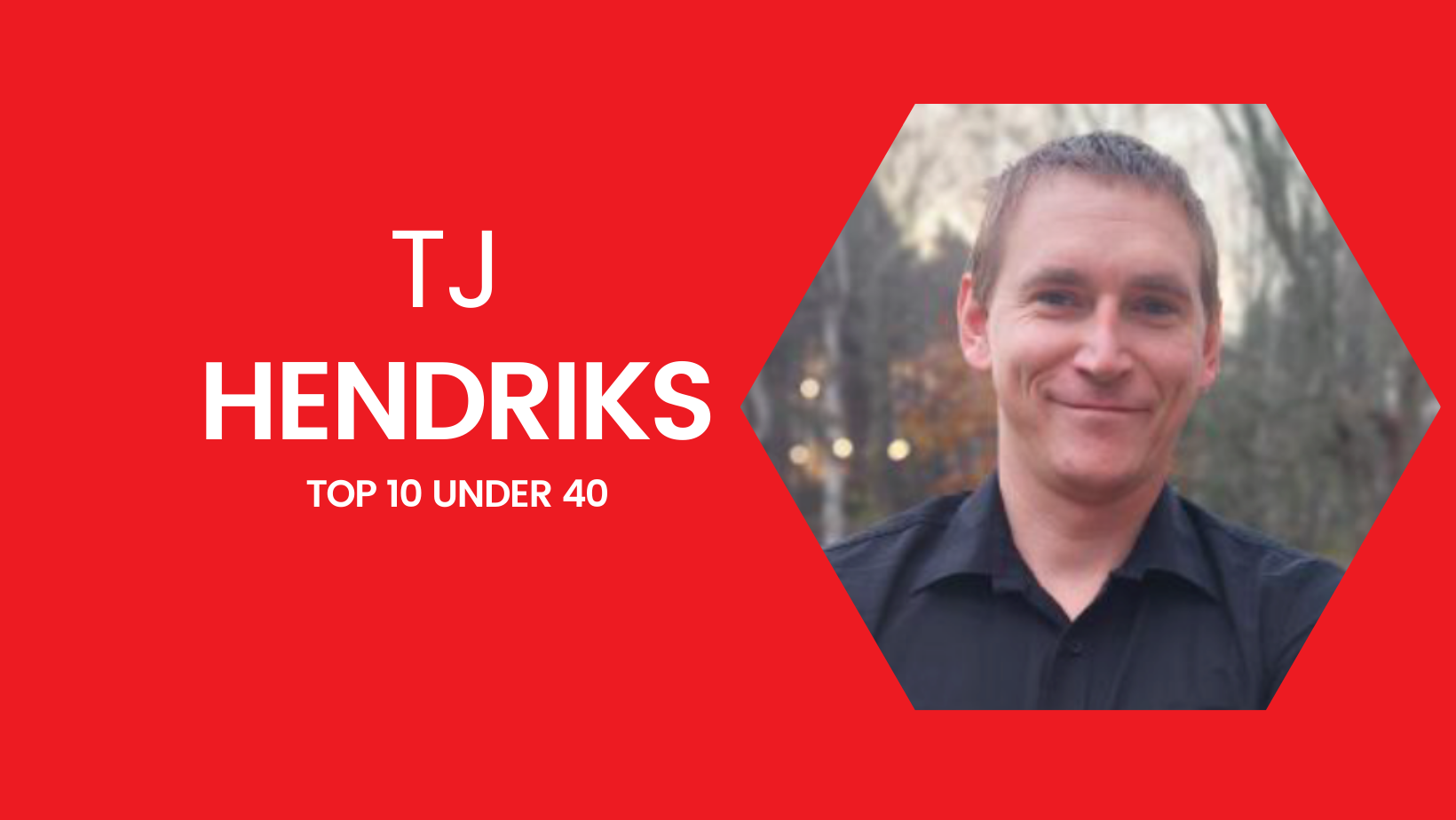 TJ Hendriks, technology support specialist at SITECH Mid-Canada in Ottawa, has been named as a recipient of Rock to Road’s Top 10 Under 40.

TJ Hendriks knows the value of a hard day’s work. The first job he had was working on a farm as a labourer before transitioning into the roadbuilding sector, starting from the ground floor. TJ has now been involved in the civil engineering and construction industries for the past 15 years.

“I started in the industry shovelling asphalt. Then, I became a grade man after that,” he recalls.

While working as a grade man for Tomlinson Group in the Ottawa area, TJ found himself drawn to various technologies being used on construction sites.

“I started playing with GPS units, and from there it just sort of took off. I learned how to use GPS and a surveyor I was working with, Bob Lefebvre, gave me his computer and I started building 3D models for roads with GPS,” he says.

Tomlinson’s management was impressed with TJ’s abilities and promoted him to the position of geographic information systems (GIS) coordinator.

“I was basically in charge of three to four survey crews, and was in charge of design of about 150 projects on my own,” he says. “I was also troubleshooting all the GPS gear. I did that for a few years, then I ended up shifting over to SITECH.”

He took the organization from only a couple GPS units to well over 40 GPS units and during that time had Tomlinson look at GPS machine control for their heavy equipment. With the use of this technology, he was able to drive efficiencies across civil engineering applications that hadn’t been seen before.

TJ offers GPS and machine control technology support throughout the Ottawa Region for SITECH, working with many contractors in the area that need his assistance to keep going and stay on project timelines.

TJ’s favourite aspect of his job is definitely the people.

“I like to help people keep their equipment up and running,” he says. “Working at the ground level with the guys and then having the office experience perspective really helps figure out what guys need in the field. It’s all about the guys in the trenches and keeping them going to produce as fast as possible. They’re always nice people.”

As far as longer-term career goals go, TJ has always considered going into business for himself.

“One thing I’ve been looking into is self-employment. There’s definitely a lot of interest from a lot of different parties in my town for providing survey-related services,” he says. “It’s definitely something I want to do down the road.

TJ recommends to anyone thinking about joining the industry to start out at the ground level.

“I recommend starting at ground level. Don’t be afraid to get a bit dirty,” he says. “That’s the foundation of the whole industry. That always served me well and gave me good experience. Whether you’re a project manager, survey manager or an owner, you have to know your industry inside-out.”

He also suggests that young people reach out to companies about potential co-op positions.

“It wouldn’t be a bad idea to approach some companies with co-op opportunities. That’s something I did. Some of the better people I found and hired were co-op students. Sometimes they like what they do and you end up hiring them. Go see whatever industry you’re interested in and apply.”