It will take just over three years for the Champlain Bridge to be dismantled. Photo courtesy of JCCBI

Deconstruction of the old Champlain Bridge started in early August and will continue through January 2024. Jacques Cartier and Champlain Bridges Incorporated (JCCBI) and Nouvel Horizon St-Laurent G.P. (NHSL) will be deconstructing the bridge that has been decommissioned since June 2019.

“The is a design-build contract. NHSL designed the method or chose the methods that are going to be used to deconstruct the bridge and will perform the work as well,” said Nathalie Lessard, JCCBI director of communications. “Both companies are deconstructing the 3.4-kilometre-long bridge and it’s rather complex because we’re working over the St. Lawrence River.” 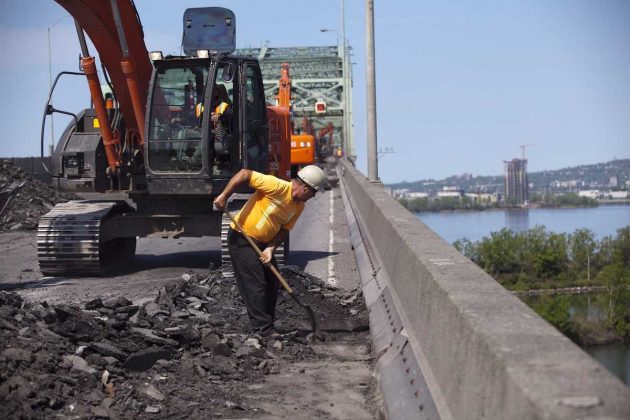 Project and work planned for 2020

Lessard said up to 200 workers will be employed on the site and the overall budget for the project is $400 million. But that does not mean the deconstruction itself will cost that amount.

“Four hundred million dollars is not only for the deconstruction contract. The construction itself is evaluated at $225.7 million, plus direct costs related to the COVID-19 pandemic,” she said. “For example, we need to buy different equipment to make sure work on-site is done safely; extra trailers and other equipment are needed to ensure we respect public health and safety measures.” 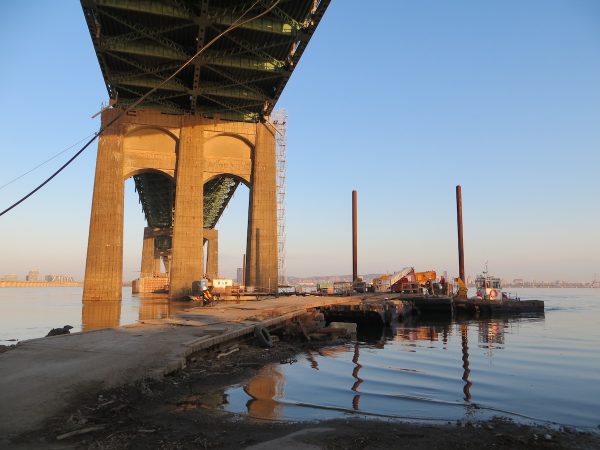 The plan between now and the end of 2020 is to see the following projects complete:

Lessard said the schedule may change depending on how the work progresses and weather conditions.

“The jetties are used in areas of the St. Lawrence River where the water is too shallow for barges to work. We would need to build jetties both on the Montreal side of the project and also on the South Shore side of the project so that we can actually do the work.”

Different methods will be used depending on the section to be deconstructed and the bridge components to be taken down. 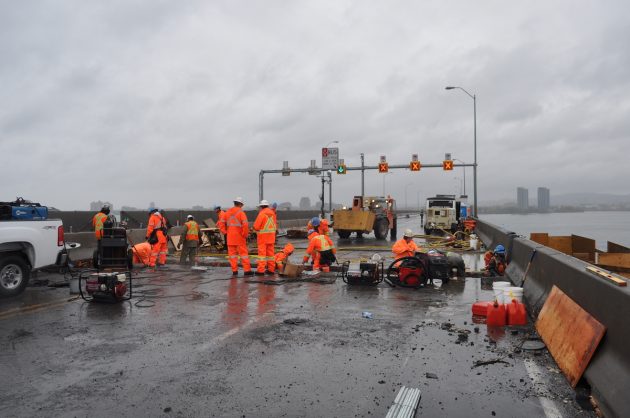 Around 65 per cent of the work will be done from work platforms in the water that are away from residential areas.

“Since 65 per cent of the work is going to be happening over the St. Lawrence River, that’s really away from residences,” said Lessard. “We have all sorts of measures in place on the worksite to make sure that we control the noise level, the dust level, and quality of the water to make sure we’re protecting the environment and protecting our surrounding neighbours.”

Having as little negative impact on the environment is a large factor of the project according to JCCBI.

“It’s a key element to the project,” said Lessard. “We want to make sure that the deconstruction is completed following sustainable development principles. As one example, we’ve prepared a fish habitat compensation project. JCCBI is turning some farmland into a floodplain, which will allow fish to spawn and also to protect the biodiversity in the area.”

The loss of fish habitat is estimated to be 6.5 hectares, and the proposed compensation projects will offset a total area of 7.9 hectares, which represents a net gain in fish habitat of 1.4 hectares. Since the impacts of the deconstruction work will be temporary—roughly three years—and the compensation projects will be permanent, JCCBI said this initiative will have a positive long-term impact on productivity in the St. Lawrence River.

Lessard said JCCBI is more than capable of meeting any challenges that come their way but the deconstruction itself is a large undertaking.

Once the bridge has been taken apart, JCCBI will have more than 287,000 tons of aggregate and other materials on its hands. Lessard said reusing and recycling the material is their plan. 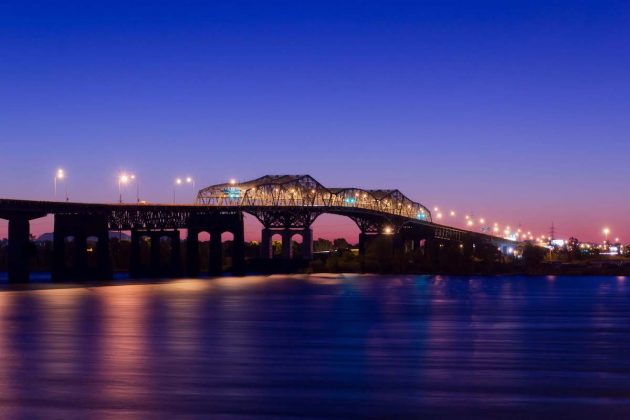 “At this point, our plan is not finalized as to where each type of material is going to go after the bridge is deconstructed. We have concrete, we have steel, we have asphalt—we have over 287,000 tons of material. Our objective is to recycle or reuse 90 per cent of all this material.”

Once the bridge is removed the companies have also been tasked with redeveloping the shoreline and although that project is a few years away, JCCBI has been finding out from people in the community what they would like to see.

“Redeveloping the shoreline is part of the $400 million dollars. So that’s $225.7 million for the deconstruction, and will use some of the remaining funds to redevelop the shoreline and make sure we have all the necessary environmental measures in place,” said Lessard. “We’re also conducting research and development projects that aim at studying the structural components of that bridge. Scientists are very curious to know what happens to that bridge. So, we have seven universities working on 10 different research and development projects. So, all of the $400 million is going to help us do all of those things.

JCCBI is actively participating in informing the public on the project.

“We held four open house meetings last year and we invited citizens to give us ideas of what they wanted to see,” said Lessard.

“There’s also some smaller infrastructure that runs kind of parallel to the bridge. And it has a really wonderful cycling path. So, our shorelines are going to be connected and it’s going to be a really great place for people who want to just jog or walk or use their bicycles.” 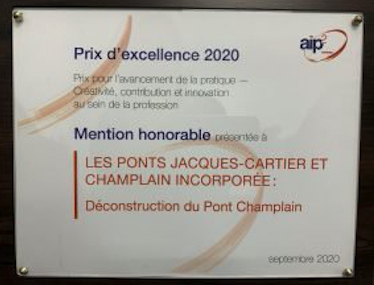 JCCBI received an honourable mention in early October for its public participation program in the International Association of Public Participation.

“We’ve been extremely active in the past year and a half letting the population know what’s going to happen,” said Lessard. “We were recognized for our public participation program. So, we’re very proud of that.”

Once the Champlain Bridge deconstruction is complete, JCCBI will begin redeveloping the shoreline.