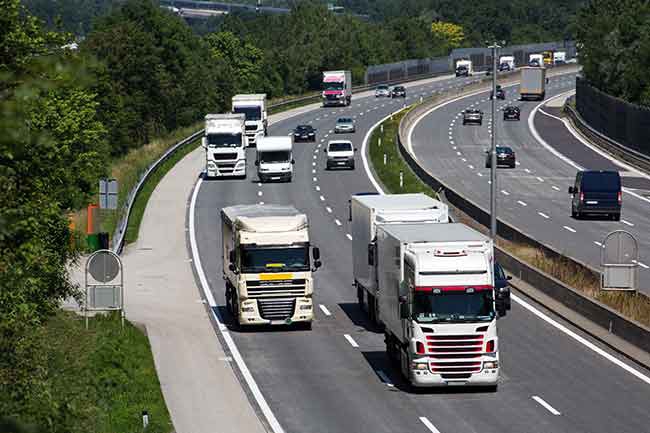 October 21, 2016 – The shortage of professional truck drivers in the Canadian for-hire trucking industry is escalating more rapidly than industry analysts previously thought, according to a new study prepared for the Canadian Trucking Alliance.

The new study, “Understanding the Truck Driver Supply and Demand Gap,” was conducted by transportation consultants CPCS. It’s an update to CTA’s 2011 landmark report of the same name, which predicted a driver gap of up to 33,000 drivers by 2020.

The new study’s base case forecast calls for a shortage of 34,000 drivers by 2024 – reflecting an increase in demand of 25,000 and a decrease in supply of 9,000. The shortage could increase to 48,000 drivers based on plausible combinations of different trends that could affect industry demand, labour productivity and occupational attractiveness. By province, in absolute terms, demand for drivers is expected to grow the most in Ontario, followed by British Columbia. The expected gap, again in absolute terms, between driver demand and supply is forecast to be highest in Ontario and Quebec.

David Bradley, president and CEO of the CTA says the study “should be a wake-up call and reminder to everyone – carriers, shippers and governments – that while the current lackluster economic activity may be taking some of the edge off the driver shortage in the immediate-term, the underlying trend points to a long-term chronic shortage of truck drivers.”

“When you consider that almost everything that people consume on a daily basis, or that serve as inputs into the production process, is shipped by truck, the economic implications of a driver shortage are potentially immense,” he said.

The industry is at the precipice of what the study calls a “demographic cliff.” It is estimated there were nearly 169,000 drivers employed in the for-hire sector of the industry in 2014. However, the average age of the drivers continues to increase and is doing so more rapidly than the Canadian labour force in general. The study estimates that the average truck driver age is expected to eclipse 49 years old by 2024 – up from 47.1 years in 2014 and 44.1 years in 2006. There are large numbers of drivers in their 50s and 60s – and about 17,000 drivers between 60 and 65 years of age.According to the study, both the driver population and the labour force in general have a glut of workers in the 45- to 54-year-old age cohort, reflecting the impact of the boomer generation. In addition, there is a glut of workers in the 25- to 34 year-old age bracket in the labour force as a whole – the so-called echo generation (the children of the boomers). There is no comparable representation of the echo generation among the truck driver population.

The study’s authors say the industry has been unsuccessful in attracting anywhere near a proportionate share of workers from the echo generation; and as the ratio of younger to older workers continues to increase for the labour force as a whole, it is clear that the trucking industry will have to reverse this trend, and fast.

Furthermore, the share of young drivers in the occupation has been decreasing over time. Between 2006 and 2011, drivers between 25 to 34 years old dropped from 18 per cent to below 15 per cent, while the share of drivers in the 55 to 64 year-old cohort (most of whom will retire over the next decade) increased from 17 per cent to 22 per cent.

Immigrants, meanwhile, make up about 20 per cent (57,000 drivers) of the truck driver population. However, this percentage is smaller than it is for the Canadian workforce. Non-permanent residents make up a very small share of the driver population, at 0.5 per cent, compared to the workforce as a whole at 1.1 per cent.

The deepening shortage is occurring despite the fact the study characterizes the occupation as “reasonably well-paying” – citing a CTA survey conducted in 2014 which found that the average hourly wage rate for tractor-trailer drivers in Canada was nearly $23 – higher than the national average for all occupations. The trade-off, however, is that long-haul truck drivers – where the shortage is felt most acutely – are required to work long, unpredictable hours and spend a lot of time away from home in order to earn their wages. This is challenging for the industry to fill many of these positions.

Owner-operator drivers – which make up about 30 per cent of the for-hire driver pool – are also an important part of the truck driving workforce. But while they can generate good income by maintaining their equipment, choosing their clients carefully and taking time to manage their finances, growing equipment costs continue to put pressure on the owner-operator model.