News
The Art of Fuel Efficiency

Making the most of equipment fuel use 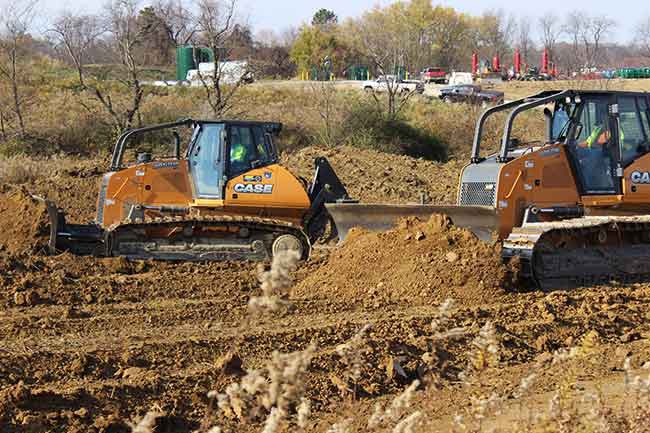 Diesel costs are one of the heaviest line items in a contractor’s budget. Smart equipment use, maintenance and selection, however, can significantly reduce the amount of diesel fuel burned each day. This helps extend runtimes (greater productivity/less time refuelling and acquiring fuel), reduce total operating costs and, ultimately, be more competitive when bidding jobs.

In this article, we’ll cover a few core principles that affect fuel efficiency throughout the life of a machine and how to get the most out of each litre of fuel.

Defining fuel efficiency
Like kilometres per litre – which attributes a specific result to every litre of fuel burned – yards per litre is one of the more accurate measurements of fuel efficiency for heavy equipment. Other variations might be trucks per litre or buckets per litre. Determining that metric will vary in every application. In truck loading, where there is a consistent pattern, it may be easy to determine the number of trucks loaded or total yards of dirt hauled in a day. Other jobsites, where work is varied, will be more difficult to pinpoint.

It’s important not to confuse fuel efficiency with fuel economy, which is a simple measure of fuel consumed. When we talk about fuel efficiency, it’s directly related to the amount of fuel burned to accomplish a goal. So, as an example, you may have a machine that burns the same amount of fuel per hour as another machine, but loads three extra trucks per day due to machine speed or other benefits. They may have the same fuel economy, but the latter machine is more fuel-efficient.

The health of the cutting edge or teeth on a blade or bucket can actually impact fuel efficiency. Dull, rounded ground engaging tools add more resistance and make it more difficult for the machine to cut through the material. That resistance ultimately burns more fuel over time.

Another consideration is if the bucket has the right kind of teeth/edge on it. A wheel loader bucket with teeth in an application where loose fill is being loaded may actually produce more work because of the cleanup of excess spillage caused during the loading cycle. Either take the teeth off, or put on a full edge, in applications where that type of loading will occur. Contractors should understand the application and select the ground engaging equipment best suited for the majority of the work they perform.

Another example of where this concept is important is with motor graders. For example, the involute moldboard on CASE motor graders features a multi-radius design that allows dirt to more easily windrow across the blade, effectively reducing the total amount of power used to move dirt during the grading process – saving fuel.

Jobsite flow
Whether it’s a field site where the contractor is performing general earthmoving, or it’s a permanent site where trucks are being loaded or hoppers are being filled every day, how equipment workflow is established can affect fuel efficiency. Planning to work in a way that achieves the shortest distance travelled, the shortest curve, the most direct route or the fewest obstructions will improve fuel efficiency by completing the work in shorter, more consistent cycles.

The workflow should also be situated in a way that minimizes idle time. For instance, two dozers pushing to an excavator that’s loading trucks but can’t keep up with the material being pushed its way can result in the dozer idling to kill time – a waste of fuel that isn’t accomplishing any productive work. Is it possible that the contractor could have gotten the same work done with only one dozer pushing to that excavator, thereby saving the fuel burn of the second machine, as well as the labor and equipment wear and tear? There should also be a consideration for an excavator to load the material: Can that configuration improve overall fuel efficiency on the site, better matching the two-dozer effort.

The same can be said for a wheel loader in a truck or hopper loading application. A wheel loader with too large or too small of a bucket can contribute to an inefficient use of fuel. Too large of a bucket, and it will fill that truck or hopper too fast, and then sit and idle as it waits to deliver the next bucket. The same can be said for too small of a bucket: If a loader can’t keep up with the jobsite demands, that will require trucks to idle as they wait to be filled, or downstream processes to run inefficiently. All of which negatively affects the yards per gallon fuel equation when you take the whole fleet into consideration.

Inconsistent operation
Construction equipment engines are not meant to idle, and they run most efficiently when the engine is put under a consistent load. Idling represents an obvious waste of fuel with no productive effort taking place, but applications where the operator regularly throttles up, throttles down, brakes and accelerates are not only harder on the machine itself, but cause an inefficient fuel burn. Think of it as the difference between city kilometres and highway kilometres on a truck. A truck always gets more miles per gallon at highway speeds (consistent operation) – the same goes for heavy equipment.

No engine needs to run wide open at all times – that’s just wasted energy and wasted fuel. As such, it’s important for operators to know how operating modes on each machine affect their operation and help save fuel. We visit many sites where an operator has not been coached in the best ways to adjust automated operating modes to achieve the optimal combination of productivity and efficiency.

Similarly, auto-idle and auto-shutdown features are available on many machines to keep fuel consumption down by managing engine runtime relative to inoperation.

Operator precision can have a significant effect on fuel efficiency. Does the operator spend too much time correcting the movement of the boom or the machine, or are they spending a high percentage of their time in productive action? Some of this is dependent on operator skill, while some of it can be automated with features on today’s equipment that don’t require the operator to apply excessive throttle to get the job done. These features ensure precision that prevents the operator from having to correct a movement.

On wheel loaders, features like return to dig, return to travel and height control immediately return the bucket to a desired position. On excavators, the “free swing” feature lets the upper carriage swing free to allow workers on the ground to reposition the boom/arm until such a point that the load it is lifting is centred on the boom/arm and can be attached and lifted steadily. Similarly, it can be engaged to let workers on the ground more accurately place the load by manipulating the boom/arm versus relying on the operator to position it with their controls. Some backhoe booms have a tendency to drift past the spot the operator wants to dig, requiring the operator to correct that action to begin work. CASE backhoes, for example offer Pro Control, a feature that allows the boom to stop at the precise moment the operator releases the hand control – reducing operator fatigue and ultimately requiring less fuel burn over time as the operator is not correcting an excessive movement.

Reducing parasitic loads
Clean machines run more efficiently. Friction and heat cause waste, and the harder a machine has to work to perform its task, the less efficient it will be. Therefore, keeping the engine system, the air filter and the radiator clean are important. Thermostatically-controlled engine fans have given way to much more fuel efficient operation to where the machine is using only the necessary power for these ancillary systems to keep it running properly. Regular maintenance and cleaning of these systems will further improve their efficiency and allow more of the engine’s effort to go towards productive work.

During the equipment selection/specification process, there are options an equipment owner can select that are proven to boost fuel efficiency. Wheel loaders, for instance, have migrated to a five-speed transmission with a lock-up torque converter. The lock-up torque converter gives the operator more gear selections to keep the engine operating in its best power range and can increase fuel savings at roading speeds by as much as 40 per cent.

Maintenance to fuel efficiency
Ground engaging tools and cleanliness have already been discussed, but total machine maintenance also plays a role in achieving optimal fuel efficiency. A few things to keep in mind and look for include:

The Role of Tier 4
Tier 4 Interim and Tier 4 Final solutions have forced engine manufacturers to focus more on efficiency, and one way has been through the marriage of advanced electronics and fuel injection methods/designs. At its most basic level, emissions are made up of leftovers from the combustion process. Advanced electronics paired with high-pressure common rail (HPCR) systems have allowed for more exact fuel injection to take place, putting just as much pressurized fuel into the combustion chamber as needed. This creates better and more efficient use of that fuel to get more power from the engine. Advancements in piston designs also promote a better mixture of air and fuel, leading to more thorough combustion. Another benefit of HPCR systems is that they use multi-stage electronic injection to deliver the right amount of fuel in the combustion process. This fuel delivery method allows less fuel to be used and essentially ramps up the explosion, making it more effective at creating power within the engine. A nice benefit to this level of control over fuel delivery is fewer emissions.

Older systems would inject a greater amount of fuel into the chamber, where a less efficient burn would occur and result in wasted fuel and less power. Today’s Tier 4 engines create comparable or greater horsepower with less fuel – providing the machine owner with more production for the same or less cost.

Then, at the most basic level, the choice of Tier 4 emissions solution plays a big part in building fuel efficiency into new equipment. These are just a few considerations that will help your entire fleet be more fuel efficient in its earthmoving applications. Through education and awareness, construction businesses can significantly reduce their bottom line as it relates to fuel costs.