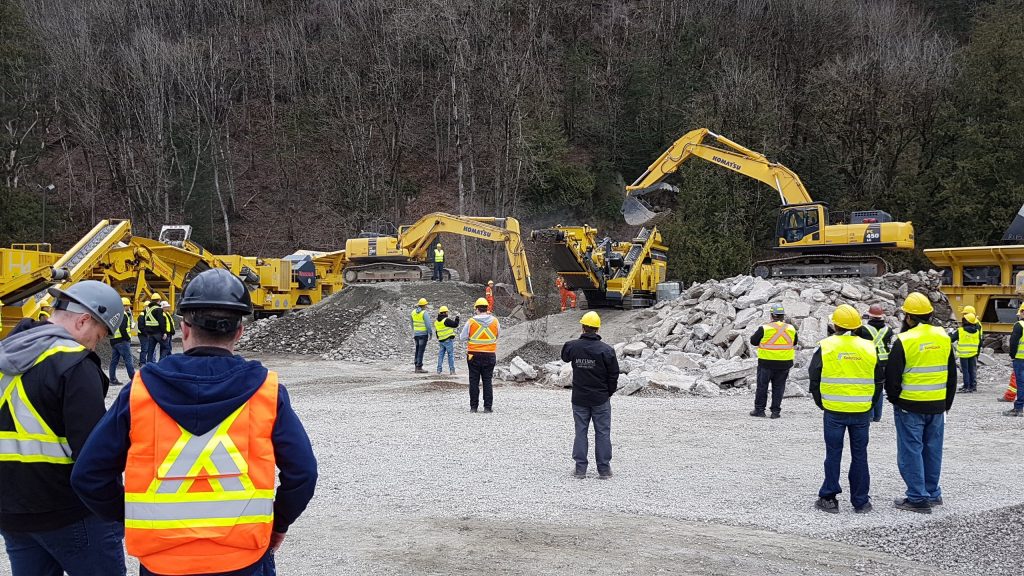 The Association of Equipment Manufacturers (AEM) Hall of Fame, a collection of leaders and innovators in the off-road equipment manufacturing industry, is currently seeking nominations for the 2021 Hall of Fame induction class. The AEM Hall of Fame recognizes every one of its 65 members have experienced very different journeys to success, including the journey of brothers Ray and Koop Ferwerda, inventors of the Gradall Excavator, and AEM 2020 Hall of Fame inductees.

The Ferwerda Brothers’ journey began more than a century ago in The Netherlands during a time of instability in Northern Europe, as the rebuilding from the World War I was underway. Looking to build a better life, the brothers headed to the United States (U.S.). At the time, the only way to travel to the U.S., was to find a job on a steamer.

In 1920, the brothers took a job shoveling coal and working the boiler aboard the Sardinian, a steamship bound for the Great Lakes. However, while steaming across Lake Erie, the boiler developed problems and the tank blew. As two separate lifeboats rescued the brothers, Ray headed for Cleveland, Ohio, while Koop made his way to Ontario.

Eventually, the Ferwerda brothers were reunited in Cleveland where they worked for a dairy until they found the job that began to define their careers, building roads and sidewalks for a contractor in Cleveland’s eastern suburbs. Just five years after surviving the explosion of the Sardinian, the brothers had saved enough to start their own business, Ferwerda Brothers Construction Company.

In 1940, Ray Ferwerda decided to take a step back from construction, and bought a 160-acre dairy farm. At the same time, he and Koop sold some of their construction equipment to fund a new vision: A machine that sits on the newly finished roadway and reaches down below the road level with either a raking or excavating bucket, and an extendable boom reaching at least 20 feet out. In 1944, they filed for a patent on their “material moving device”, the Gradall.

After securing the raw materials needed, through the U.S. Marine Corps in Washington, the brothers launched the Gradall M-2400 in 1946, the first fully hydraulic excavator to enter series production in the U.S. The brothers bought a facility in New Philadelphia, OH, the city where Gradall’s main operations are still run today.

The AEM Hall of Fame is currently seeking nominations to its 2021 induction class to join the 65 existing visionaries and leaders already inducted. An independent panel will select who will be recognized at AEM’s Annual Conference, scheduled for November 10 to 12 in Phoenix, Arizona.

Nominations are open until June 11, 2021 and can be submitted online, here.