The network platform that will enable smart cities, smart highways, and smart jobsites 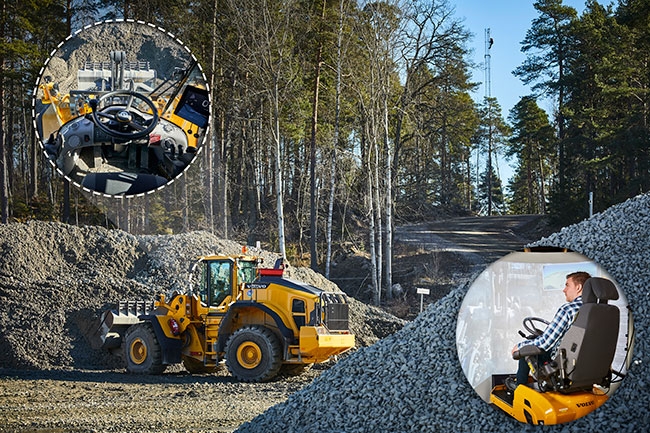 On April 22, Marc Benioff, the iconic CEO and founder of software giant Salesforce, noticed that the carrier indicator on his smartphone was labeled “5G E”.

“Does mean I’m now on 5G in San Francisco with 10 Gigabits with super low latency?” he tweeted.

The short answer is no. 5G E is a merely brand name that his provider, AT&T, has given to their latest version of the existing standard, 4G LTE – a marketing move that has been widely criticized. The real 5G, analysts are projecting, won’t be widely available until at least 2020, and some believe it will take much longer than that.

The incident illustrates how much confusion there is about 5G, even among the tech savvy, and how intense the battle has become as carriers vie to establish themselves as the 5G provider of choice.

It’s not hard to see why the stakes are so high. 5G promises to be much more than just the fifth generation of the cellular network – a number of breakthroughs will allow a paradigm shift in connected technologies, impacting every industry including construction. 5G is essentially the bridge to smart cities, smart highways, and smart jobsites.

For consumers, the most obvious change will be a dramatic increase in bandwidth – download time for a high-resolution movie is expected to be around two seconds. There are, however, a number of other features that make 5G a game changer.

One of these is significantly lower latency, which is the time it takes for a connected device to send a package of information to another across the network – essentially, the delay between receiving and sending.

Latency for existing 4G networks, Surtees explains, is between 50 and 70 milliseconds. With 5G, that figure will drop to less than a millisecond. “Driverless-vehicles will need this fast response time to make split-second decisions.” he says.

Low latency will also enable the remote control of construction machinery. In March 2015, visitors at the Ericcson booth at the Mobile World Congress in Barcelona were able to sit in a driver’s seat and, using a virtual reality headset, operate a Volvo excavator located 2,500 kilometres away at the test track of Volvo Construction Equipment in Eskilstuna, Sweden.

“This was a use case to show that 5G is needed to lower the latency,” says Calle Skillsäter, technical specialist for Volvo Construction Equipment, “because the latency was otherwise so high that the machine was basically not possible to control.”

The full impact of 5G, however, goes further than high speed and low latency.

“5G is not just about faster and swifter wireless connections – the underlying architecture of 5G networks is novel,” says Surtees.

“I believe this combination of all three next-generation technologies – 5G, SDN, and NFV – will be the most profound development to occur in telecom in our lifetime,” says Surtees.

Transforming the Jobsite
The resulting combination of high bandwidth, low latency, and ubiquitous connectivity is expected to open the door to smart construction.

“Our IoT construction platform, which we call Job Site Insights, is heavily reliant on sensors communicating with the network,” says Mark Bryant, chief information officer of Edmonton-based PCL Construction. “As we add more sensors, and as we add more jobsites to our platform, we’re going to see our need for connectivity increase ten to a hundred fold.”

Bryant expects that by this time next year, there will be hundreds of thousands of sensors on PCL jobsites. “We need superior connectivity that’s reliable, and can help our people be safe,” he says, “and we believe 5G is going to enhance that pervasive communication infrastructure that IoT requires. That’s going to be critical.”

“It’s still early days, but the impact of 5G is very exciting,” says Jeff Drake, business area director, OEM solutions for Denver-based Trimble Inc. “From a bandwidth and a data standpoint, we’ll see an increase in availability of information to jobsite personnel in general, making it more easily accessible. I also think that in the near term, we’ll see the ability for more rich data (data conveying qualitative as well as quantitative information) to be realized and used in and around the jobsite, and also, and probably more importantly, to get data back to the jobsite trailer or the head office where decisions about the project have to occur in real time.”

“As with automotive, safety is a foundational step get to semi-autonomous and autonomous use of equipment,” says Drake. “On a busy site, you need to know where your assets are in relation to one another. So a dozer grading an area would know where other equipment and other personnel are on the jobsite. That way you can send out alerts, or limit the operation of the machine if it gets in a certain work zone of other assets or personnel.”

Smart Highways
A key requirement for autonomous vehicles, Surtees notes, will be smart highways equipped with 5G access points. The trend is likely to impact how roads are built and maintained. “A 5G highway would not only support smart vehicles, but could monitor the state of highways,” says Drake. “Information about rideability or smoothness or other defects, such as potholes, could be collected by vehicles on the road and transmitted back to highway officials; for example, through a smart highway network. Today we have crews that run up and down highways looking for defects. I think that process gets a whole lot smarter as 5G networks get rolled out over time.”

Smart highways, however, won’t happen overnight, let alone smart cities. Because 5G uses a higher frequency than previous networks, signals are easily obstructed, which means that, for every cell tower using current technology, there are likely to be at least one hundred 5G access points. The bulk of these will have to be retrofitted in existing buildings and roadways.

“Carriers are going to need help in the way of project management skills and construction skills,” says Bryant.  “So we feel there’s a role for us as a constructor to work with the carriers to help them get their technology rolled out.”

While 5G is already driving a number of use cases in construction, many unknowns remain. “There’s an ecosystem there that 5G will drive,” says Bryant. “We don’t know what solutions will be out there, but we do know that it’s going to bring new ideas and innovations that we haven’t thought of based on the capability of moving information and data faster and more reliably.”