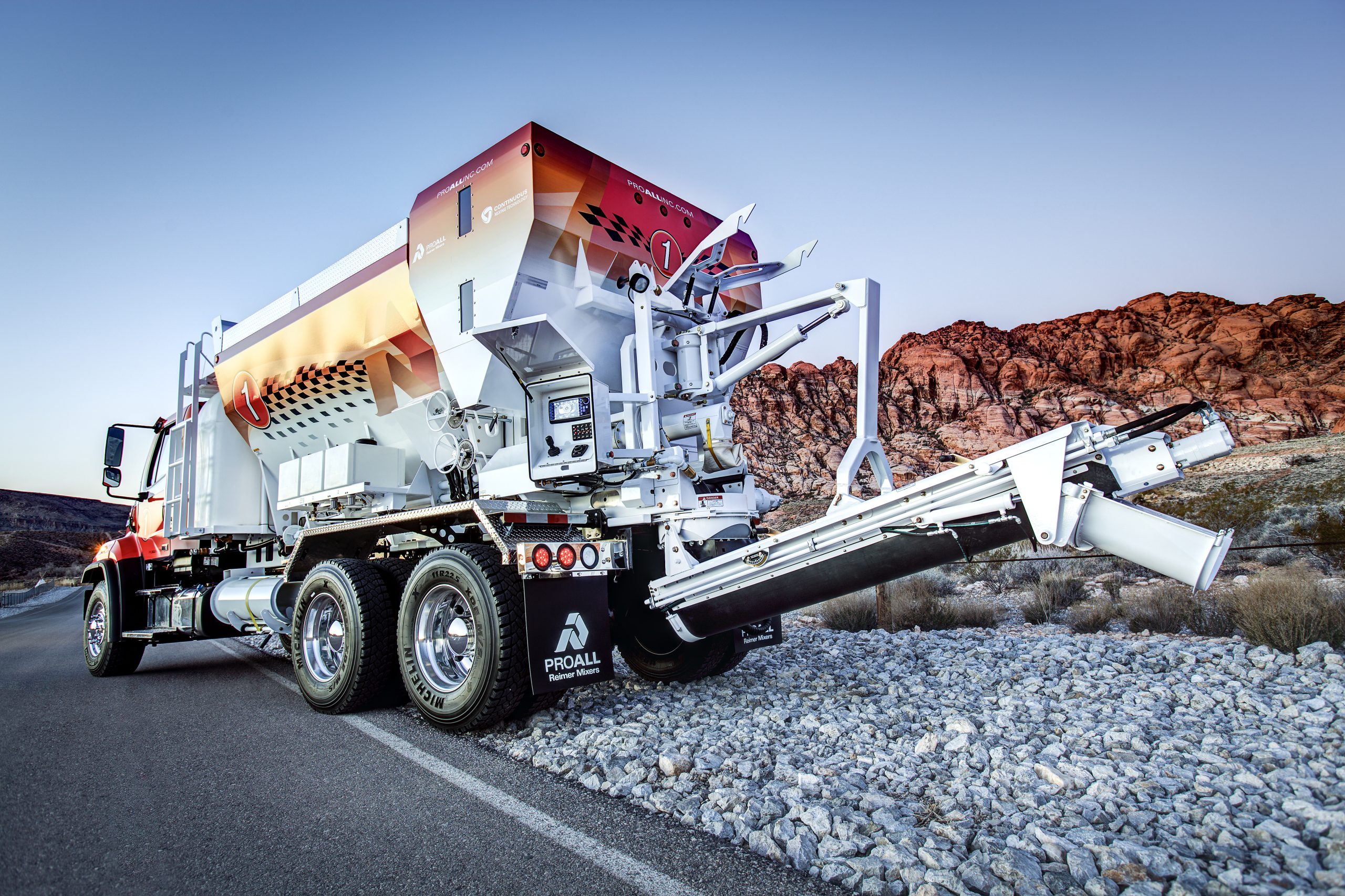 ProAll’s history traces to companies that were originally founded in the mid-1960s. The company was initially an importer of volumetric mixers into Canada but has since grown into a leading producer of volumetric mixer products for the North American and global markets.

“For the past 50 years, ProAll has been a leader in mobile concrete delivery. This is something we are hugely proud of and one of the reasons that we feel so happy to have the opportunity to become part of the Terex MP family. The existing resources at Terex MP will bring huge benefits and global opportunities to our existing team and I am delighted to see their hard work pay off,” says Larry Koop, co-owner and former Managing Director of ProAll.

Today, the company employs 170 people and is experiencing the strongest demand in its history. ProAll’s main production is based in Olds, Alta., and also operates a service and installation site in Keller, Texas.

ProAll’s products are designed for business owners who seek to combine state-of-the-art technology with the flexibility and reliability in concrete delivery that only a volumetric mixer can bring. ProAll’s equipment delivers make-to-order concrete that improves the quality and efficiency of end-customer operations while making many smaller and more specialized pours both more possible and more affordable.

ProAll’s expertise will be a valued addition to the Terex portfolio, enabling the company to expand its overall presence in the concrete mixer space. ProAll will join Terex Advance, the US industry leader in front discharge mixer trucks, and Terex Bid-Well, the U.S. leader in roller pavers for bridge and canal work, as businesses in Terex MP’s concrete sub-segment. Together, these businesses represent a commitment by Terex to increasing its participation in North America’s growing construction markets and in meeting growing infrastructure needs. ProAll also adds an international dimension to what, to date, has been a primarily North American business area for Terex.

Volumetric mixers eliminate concerns about delivery time between a concrete plant and a job site. Where a conventional mixer truck can deliver within a range of two-to-three hours from the plant, a volumetric mixer can deliver anywhere with no concern over material degrading or setting up in the back of a mixer. Delivering ingredients enables making several small batches to exact specifications from the same vehicle or meeting the requirements of several different jobs.

The ProAll team will report to Jason Talbot, Terex Vice President and GM, MPS and Environmental, United States and Australia.

“ProAll will provide us with exciting prospects to expand into new markets and grow our knowledge and market share in the mobile concrete pouring industry. We look forward to embarking on this journey together with our new colleagues in Alberta and Texas,” says Talbot.