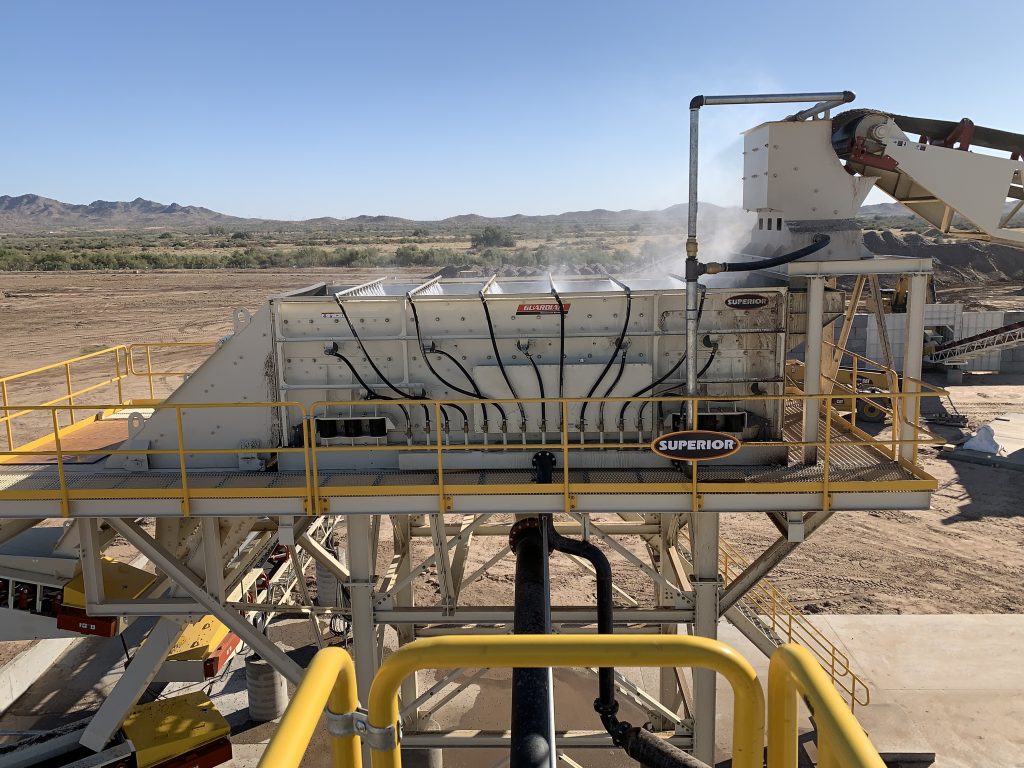 Superior Industries has added new features to its Guardian Horizontal Screen to improve performance in stationary or static settings.

“However, some static producers prefer horizontal over inclined screens, so we’ve designed a few features to improve performance for these customers.

Recognized as a popular feature on inclined scenes, extra clearance between decks is now an optional feature for Guardian Horizontal Screens.

The extra headroom is appreciated by maintenance crews while working inside the screen. As well, Superior has outfitted some of their screens with king-sized bearings, which increase the capacity of the screen. One of the manufacturer’s largest models uses 200 mm bearings.

“We also build one of the market’s only four deck screens, which offers a five-product split,” Sauser said. “This four-deck option is available in 6×20 and 8×20 models of our Guardian Horizontal Screen.”

Superior Industries engineers and manufactures bulk material processing and handling equipment as well as components. From its headquarters in Morris, Minnesota, the manufacturer supplies bulk crushing, screening, washing and conveying systems plus all related parts and services for industries like aggregates and mining. In addition to its home plant, Superior operates from three additional United States facilities, plus international factories in Canada, Brazil and China.