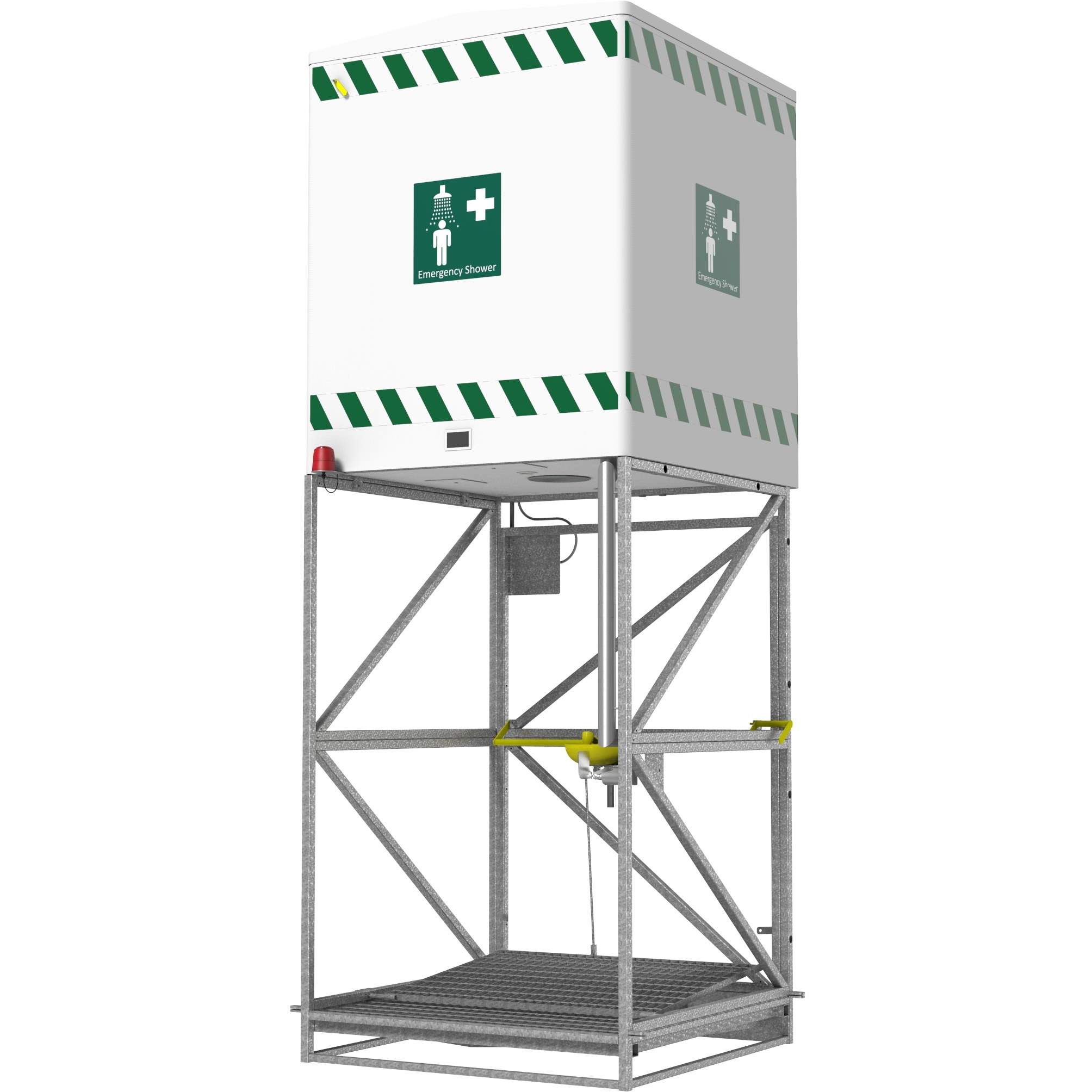 July 10, 2017 – Speakman Company, the Delaware emergency eyewash and emergency shower manufacturer, announces the introduction of the Gravityflo Emergency Tank Shower, the newest addition to the Gravityflo Emergency Shower and Eyewash product line. This new Emergency Tank Shower safety product is designed with a mammoth 2,000 litre (528-gallon) tank to solve the dilemma faced by many project managers about compliance with worker safety standards on a job site with no running water or inadequate water pressure.

“Remote job sites and those without plumbed water present unique safety challenges that Speakman is in the business of solving,” said Speakman president Bob Knoll. “The Gravityflo Emergency Tank Shower was a made-to-order solution for a customer. The result of that custom-engineered project is a new emergency product that can be specified for a host of demanding environments where access to running water is going to be a safety concern.”

Applications for the Speakman Gravityflo Emergency Tank Shower include job sites without running water and environments where water may be shut off temporarily. Additionally, this emergency tank shower is an ideal unit for older facilities or sites where the pipes cannot produce the 20 gpm flow requirement.

About Speakman
Speakman Company is a 148-year old industrial plumbing manufacturer headquartered in New Castle, Delaware, known throughout North America for its engineered emergency eyewash and emergency safety shower solutions, and iconic fashion and commercial plumbing. Speakman is recognized in the industry for a heritage of superior quality and performance innovation. Engineered in Delaware since 1869. Learn more at Speakman.com.