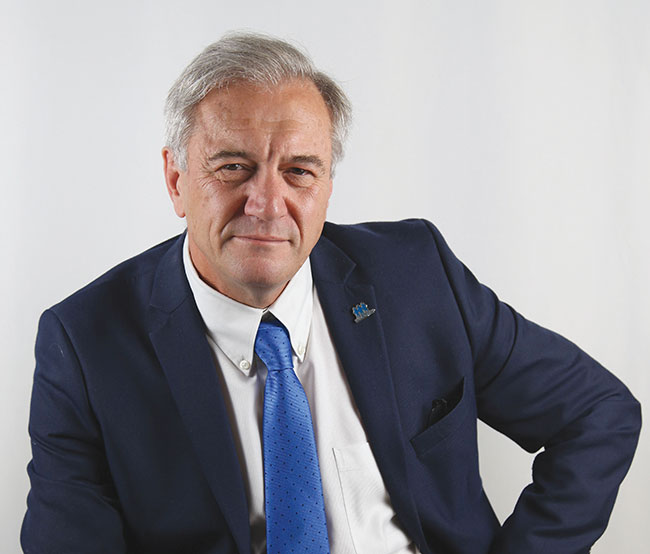 A healthy construction industry is dependent on immigration

There’s been a lot of talk lately about the threat of skilled trades shortages in the construction industry and the danger it poses to our economic recovery. It is critical, then, that we do all we can to promote careers in the industry to youth and underrepresented groups – and expand immigration.

Recruiting, supporting and retaining the next generation of skilled trades is crucial, as reports indicate that more than 100,000 workers will be needed in construction in Ontario alone over the next decade. Many of these jobs are in the residential sector, which depends on specialized skill sets.

A report by RBC indicates the workforce will see a 10,000-worker deficit in 56 nationally recognized Red Seal trades over the next five years, a scarcity that could be widened tenfold when 144 provincially regulated trades are added into the mix.

A shortage like this would have disastrous effects on construction of new housing. We are already under-producing, especially in the Toronto area.

The Ontario government has stepped up to the plate and enhanced funding for skilled trades training over the last four years with meaningful investments that are greatly appreciated by the industry.

In a fall economic statement tabled recently, the government also announced it was investing another $90.3 million over three years for the Skilled Trades Strategy, as well as enhancing the Ontario Youth Apprenticeship Program and the Pre-Apprenticeship Training Program. These investments are important as they provide incentives for employers to train and retain apprentices. The initiatives will also help break the stigma associated with the trades by educating guidance counsellors and educators who have significant influence over a young person’s career decisions. If they are misinformed or have misconceptions about construction, it may affect choices made by students.

The government’s decision to expand the Ontario Jobs Training Tax Credit with an additional $275 million, meanwhile, is also a good move as it will help offset training costs for another 240,000 job seekers.

Establishing an Ontario Task Force on Women and the Economy and investing in the Women’s Future program will also help remove barriers to accessing employment, including in construction, and re-entering the economy. COVID-19 was specifically difficult for women and female-dominated industries during the height of the pandemic so these initiatives will definitely help.

However, there is another very important element that needs to be addressed – and that is immigration.

Immigration has always been key to a healthy construction industry, and it still is. We have traditionally counted on trades from other countries to fill the labour gaps and build our homes and infrastructure. But today, with many of the older workers are retiring, it’s difficult to keep up.

COVID-19 certainly hasn’t helped matters. Roughly 21,000 jobs in construction were unfilled in the second quarter of this year.

Presently, the Ontario Immigrant Nominee Program (OINP) is the primary mechanism used by the province to attract the skilled workers it needs. Ontario nominates individuals who have the necessary skills and experience to fill a void, and the federal government has the final call on approvals.

Ontario is allowed to nominate about 9,000 potential immigrants a year. The provincial government is now requesting that the federal government immediately double the number of immigrants allowed into Ontario under the program in light of the dire need for skilled trades workers. RESCON is fully supportive of this request. The deal between Ontario and the federal government was negotiated several years ago and is set to expire in 2023. Ontario wants the authority to bring in more immigrants to fill the demand for specialized careers – similar to what Quebec has in place.

Many employers that we represent in Ontario’s residential construction sector are dependent on immigrants with specialized skill sets. Increasing the number allowed under the OINP would give the province flexibility to recruit more skilled trades and ensure the supply of labour continues.

Improving trade equivalency and recognizing education and experience from other countries is also important. The trade equivalency assessment process should consider these skilled immigrants and their contributions to the construction industry on equal footing to other skilled workers.

Construction is the key driver of the economy and vital for recovery. You can’t build back better if you don’t have builders.

Richard Lyall is the president of the Residential Construction Council of Ontario.